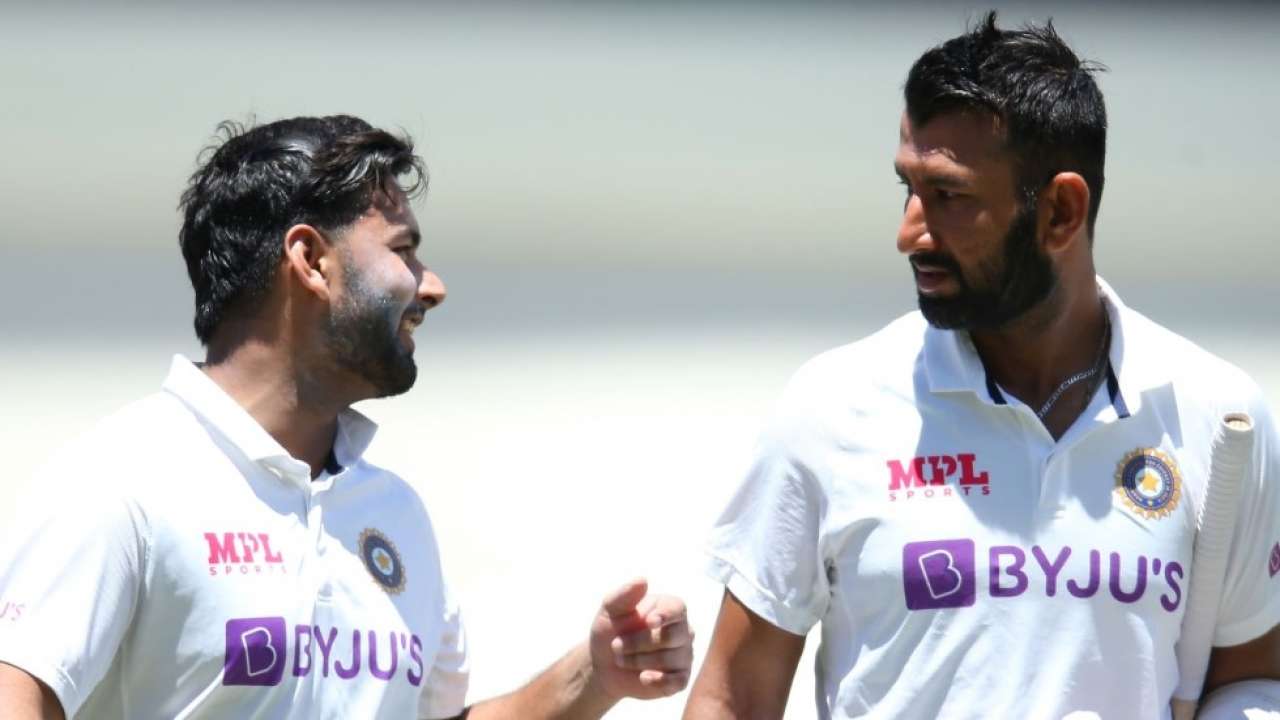 India is all to lock horns with New Zealand in the World Test Championship Final (June 18). All the players would be keen to make a mark in the mega event against the Kiwis. It might be the most talked-about tournament right now but Rishabh Pant and Cheteshwar Pujara have rated the Gabba Test match as their favourites. India defeated Australians in their backyard and clinched the series 2-1 amidst all odds.

While the majority of the senior players were out of the squad due to injuries, the young lot of India rose to the occasion. Rishabh Pant played the knock of his life and accelerated Test innings on the fifth day like a T20 game. On the other hand, Cheteshwar Pujara stood rock solid on the crease from the starting and absorbed all the fierce blows on his body.

“For me, Gabba is one of my best Test matches which I have played also, said Pant in a video put by ICC on their Twitter handle.

Rishabh Pant and Pujara opened up in a clip by ICC

Players in the #WTC21 Final name their favourite stadiums to play Test cricket in ?#INDvNZ pic.twitter.com/wPBRmrrKiq

Talking about the series, it became a historical moment for the Indian Test team as they moved ahead while pulling themselves out of a horrible loss. Their first Test of the series came at Adelaide and the team just got wrapped on mere 36 runs. However, Ajinkya Rahane took the team in his hands from the next game as Virat Kohli was out due to personal reasons. What followed next was no less than a fairy tale for the Indian men in whites.

In the same conversation, ace pacer Jasprit Bumrah also stepped up to talk about his favourite knock.

“My favourite Test match was the first one that I played in South Africa because a lot of hard work was put in before that and I really wanted to play Tests,” added Bumrah.