One year of Jofra Archer: How has he fared in international cricket? 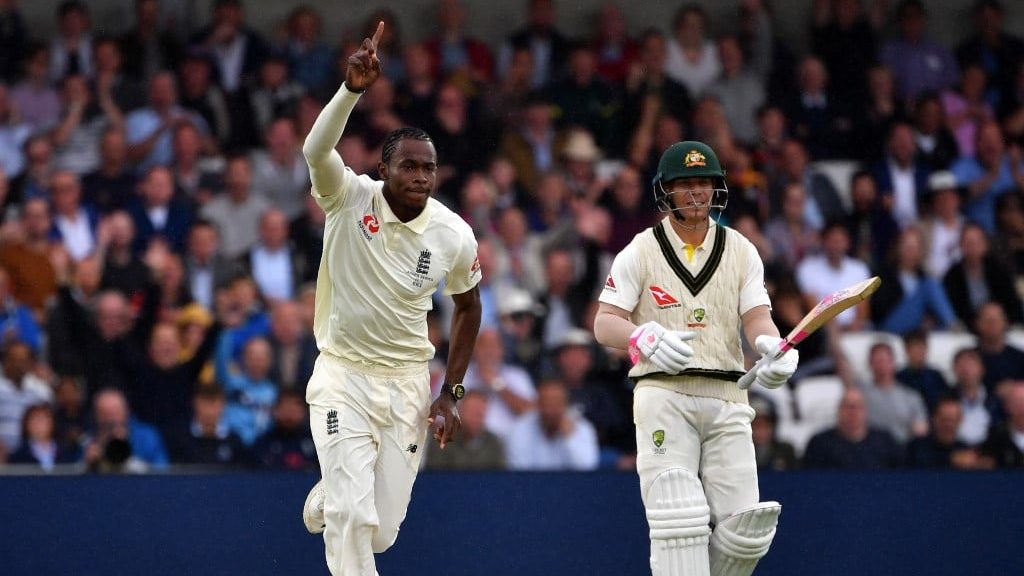 Exactly a year ago, a 24-year-old Barbadian joined the English squad that was facing arch-rivals Australia, in arguably the most iconic events in cricket: The Ashes. Jofra Archer was 3 months old in his ODI career when he debuted for England on 14th August 2019 in whites. Though Archer’s career is still nascent and budding, he already seems to have become England’s most thrilling player.

Over the years, West Indies has produced many exciting, young cricketers. However, the sensational Archer moved to England in what was a sure shot loss for the Caribbean. Born to a Bajan mother and an English father, he was willing to move to England. Much to his good fortune, ECB’s residency policy changed at the right time and he made his way into the English national team.

The journey in whites

Not too often is a player expected to be the best on his debut. Nor is a bowler playing just his second Test expected to bail his team out of trouble. Yet that’s precisely what Archer did. In his very second Test, Archer ripped apart the Aussies and recorded figures of 6/45, his best bowling figures in an inning to this day. He troubled the likes of David Warner, Marnus Labuschagne, and particularly Steven Smith.

The way Archer bowled to Smith was a display of Test bowling at its very best. The sight of Smith taking blows on his body, failing to counter his well-directed bouncers, troubling nip-backers, and furious pace would have made Malcolm Marshall proud. Archer bagged 22 wickets in 4 matches in that series; second to Broad, who bagged 23 in 5 matches.

In limited-overs cricket, Archer’s contention for the World Cup of 2019 was in headlines. He had shone for Sussex, apart from some T20 leagues, before making his ODI debut against Ireland in May 2019. England was quick to realize his potential after only a couple of performances against Pakistan, against whom he picked 1/6 from four overs in an abandoned match at the Kennington Oval. In his maiden T20I, he picked 2 for 29, and this seemed enough for the team to give him a chance at the 2019 ICC World Cup, where he bagged 20 of his 23 career wickets thus far.

At times, everyone almost forgets that Archer made his debut only last year. In his rather short career of 10 Tests, 14 ODIs and a solitary T20I, he has been scrutinized inside out. He has also had a habit of staying in the news for good or bad reasons. Be it by shutting up trolls on social media or engaging in a spat with a professional cricketer on Twitter or breaking the bio-secure bubble to miss a Test. Nevertheless, Archer hasn’t failed to impress on the field apart from off it. With Anderson at the fag end of his career, it will be an interesting time for Archer in Test cricket.

On this day: Birth of a clingy West Indian and more

Raina retires: Is this the real reason behind his announcement on August 15?