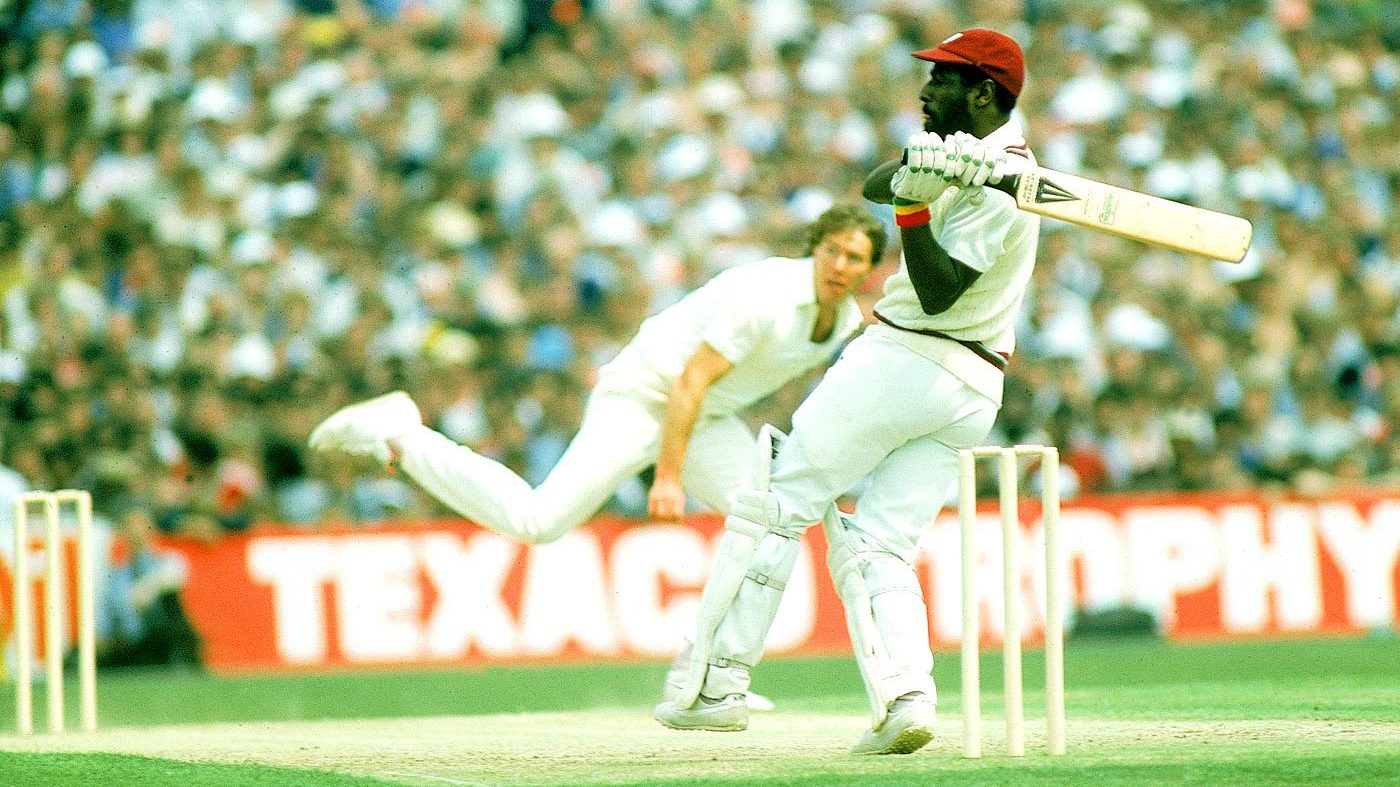 In 1984, West Indies decimated England. They became the first, and remain the only, side to defeat England 5-0 in England. This series is generally regarded as the zenith of that magnificent West Indian team. The preamble to this Test whitewash was the Texaco Trophy which included three ODIs between these two teams. A certain IVA Richards lit up the first ODI with his outstanding knock of 189 not out.

Clive Lloyd, the West Indies skipper, won the toss and chose to bat first at Old Trafford, Manchester. England broke through the legendary opening pair of Greenidge-Haynes by running out Desmond Haynes. Ian Botham, Bob Willis and Geoff Miller then eked out rest of the batting lineup, reducing West Indies to 102/7. Observing the carnage around him was the king – Viv Richards.

Eldine Baptiste proved a reliable ally at the crease while Richards went around marauding the English bowlers. His audacious drives and piercing flicks left England standstill. Baptiste was dismissed for 26, second-highest individual score in the innings, and Joel Garner fell soon leaving West Indies at 166/9. The game was not over yet as Michael Holding joined Richards at the wicket.

Taking full control, Richards continued his assault on the opposition. Knocking down milestones one by one, he went past his personal best ODI score of 153. For the last wicket, Richards and Holding added 106 runs out of which 12 belonged to Holding. Smashing a boundary on the last ball of the 55-over innings, Richards finished 189 not out! West Indies totalled 272/9 which proved enough for their bowlers to register a 104-run victory.