On this day: Sachin Tendulkar becomes the youngest to score 3000 ODI runs 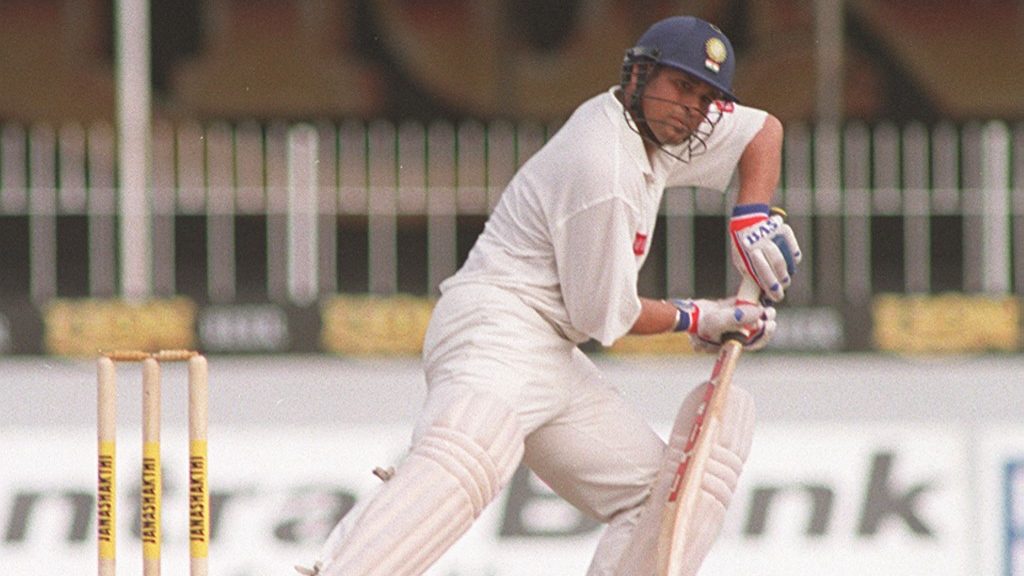 On 9th April 1995, Sachin Tendulkar achieved one of his numerous batting records when he became the youngest to 3,000 runs in One-Day Internationals. The batting maestro achieved the feat when he smashed his fourth century in the ODIs during India’s clash against Sri Lanka in the Asia Cup.

Batting first in the do-or-die clash, Sri Lanka posted a modest total of 202/9 in the allotted 50 overs. Hashan Tillakaratne top scored with 48. The only other batsman who managed to touch the 30-run mark were Sanath Jayasuriya (31) and Kumar Dharmasena (30). For India, Venkatesh Prasad was the pick of the bowlers, taking 3 for 37 while Javagal Srinath picked up 2 for 35.

Tendulkar and Manoj Prabhakar opened the batting for India and gave the team a solid start. The duo added 161 runs for the first wicket to all but seal the game in India’s favour. Jayasuriya broke the stand when he dismissed Prabhakar and then dismissed Navjot Singh Sidhu too. But Tendulkar did not let India slip further as he notched up a fine century to take the team home in just the 34th over.

Tendulkar remained unbeaten on 112 runs. His knock came off only 104 balls and was studded with 15 fours and a six. The century was so impressive that even Sri Lanka skipper Arjuna Ranatunga was seen applauding the India batsman. Thanks to the match-winning knock, Tendulkar became the youngest to reach 3000 ODI runs. He achieved the feat 15 days before his 22nd birthday.

Tendulkar went on to live up to the expectations. He is the owner of almost all the major batting records in the game. The Master Blaster played 664 international matches — 200 Tests, 463 ODIs and one T20I. He amassed 15,921 runs in the longest format, averaging 53.78 with 51 centuries and 68 half-centuries. His record in ODIs is equally impressive as he scored 18,426 runs at an average of 44.83 with 49 hundreds and 96 fifties. No one has scored more runs and centuries in Tests and ODIs than Tendulkar.

IPL 2021: AB de Villiers confident ahead of the tournament opener against MI