On this day: Root, Anderson record the highest-ever 10th wicket stand in Tests 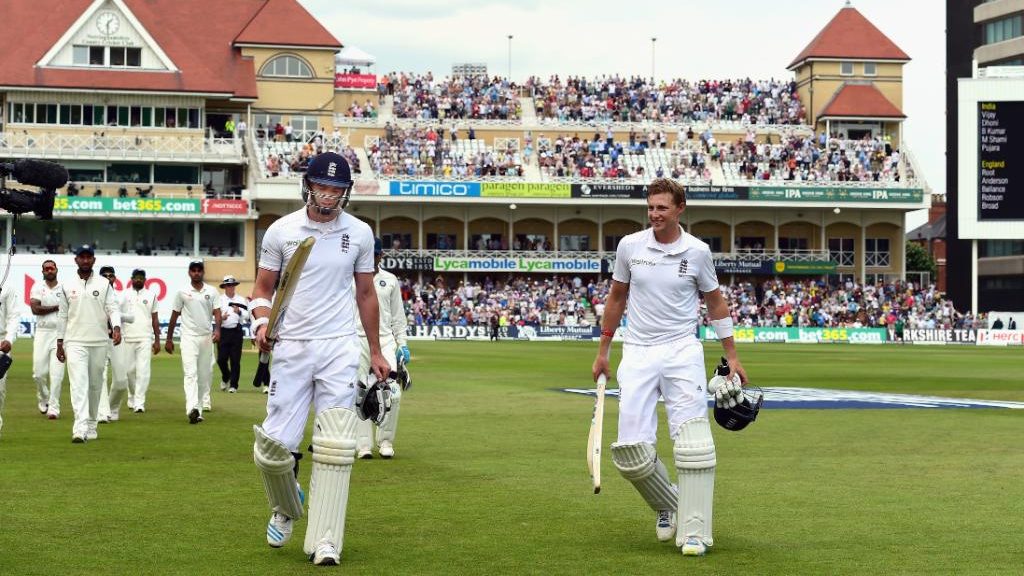 In any format of the game, we often see the last 3 to 4 wickets of an innings falling very quickly. Bowling teams generally find it easy to bundle out the opposition once they pick 7 to 8 wickets in the innings. However, in some cases, we have seen players sharing a big partnership for the last few wickets. Such partnerships are always frustrating for the bowling team. More so, if that partnership is of the last wicket, it becomes more painful.

A similar thing happened with India when Joe Root and James Anderson recorded the highest tenth wicket partnership in Test cricket on this day in 2014. This was during the first Test of the India tour of England that year. MS Dhoni opted to bat first after winning the toss in this game.

In response to India’s total, Sam Robson and Gary Ballance hit half-centuries at top of the order for England. However, they were reduced to 298/9 soon, and India were looking to bundle them out soon by taking the last wicket. From there, Joe Root and James Anderson scripted history by stitching a marathon partnership for the last wicket.

For England, Joe Root smashed a century scoring 154 runs while James Anderson hit 81 runs off 130 balls. Bhuvneshwar Kumar picked up 5 wickets for 82 runs for the visitors. Later, India scored 391/9 in the second innings with the match ending up in a draw.

I will have Bhuvneshwar Kumar in my thoughts for South Africa Tests: Aakash Chopra