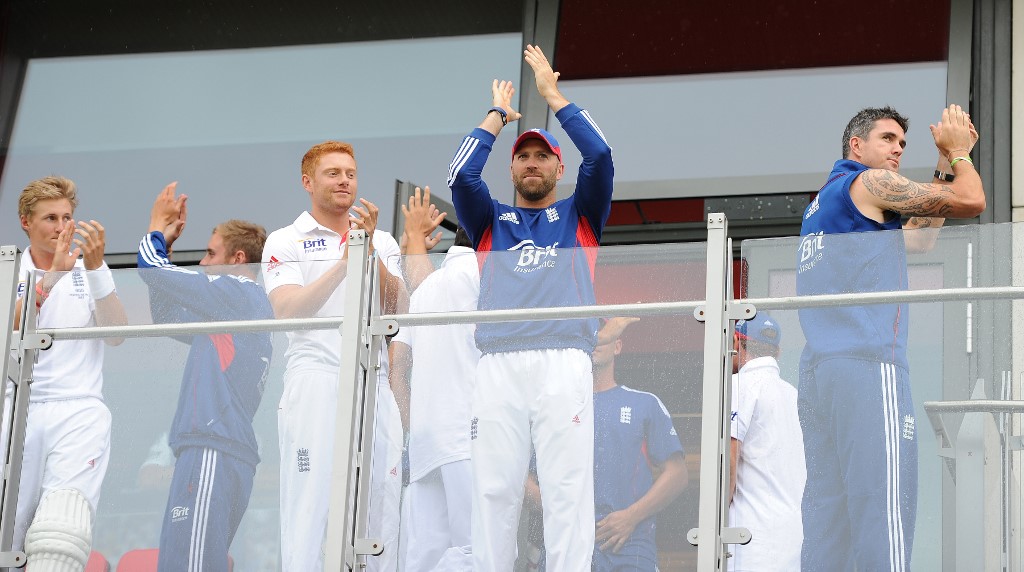 The year was 2013. The most iconic rivalry in the history of the game between Australia and England continued for the 67th time. England had won the Ashes in 2010-11 by 3-1 down under and this time around, Kangaroos were in the land of the Brits for the epic clash.

England had won a cracking contest in the first Test at Nottingham by 14 runs, which was followed by a comprehensive victory at Lord’s. The home team dominated the tourists with a daunting lead of 2-0 and the 3rd Test was scheduled at the Old Trafford, Manchester.

Australia won the toss and chose to bat after which a masterful captain’s knock of 187 by Michael Clarke and healthy contributions from Chris Rogers (84) and Steve Smith (89) took them to 527/7 before declaring.

Trailing England showed some resistance as Kevin Pietersen notched up 113 whereas Alastair Cook (62) and Ian Bell (60) chipped in as well. However, Peter Siddle and Mitchell Starc rattled the English lower order as they were dismissed for 368 thereby handing a healthy first-innings lead to Australia.

Scoring briskly with a declaration in mind, Australia reached 172/7 in just 36 overs before bad light and rain ended the 4th day’s play 2 hours prior to the scheduled close. Despite the forecast suggesting heavy showers until tea on day five, a dry spell allowed the match to resume. Having an overall lead of 332 runs on the board, the Aussie skipper decided to declare on Australia’s overnight score.

In what were absolutely heavenly conditions for swing bowling, Ryan Harris, Starc, and Siddle came out with all guns blazing. Harris removed opener Cook for a duck as well as Jonathon Trott on 11 to put Australia in a commanding position.

#OnThisDay in 2013, England retained the #Ashes after securing a draw during day five of the third Test against Australia at Old Trafford. pic.twitter.com/Ezl1AvwQmZ

Siddle undid Pietersen to push England into all sorts of trouble at 35 for 3 at the stroke of lunch. However, recurring showers at Manchester washed away every possible chance that England had of losing the Ashes. The game resumed only for a period long enough to deliver 3 balls before another rain interruption ended all the chances of continuing play.

The two captains finally shook hands for a draw before an hour of stumps on day 5, which eventually granted England an unassailable lead of 2-0 and making it only the second such instance after 1928-29 where they secured the Ashes in the first three matches itself.

Although the hosts regained the Ashes in rather underwhelming circumstances, they were content after a clinical performance at Lord’s in the second Test that left Australia requiring to win all the remaining three matches to acquire the urn. England later clinched the series 3-0 as Australia lost by 74 runs in the penultimate Test at Chester-le-Street whereas the 5th and the last Test at Oval ended in a draw.