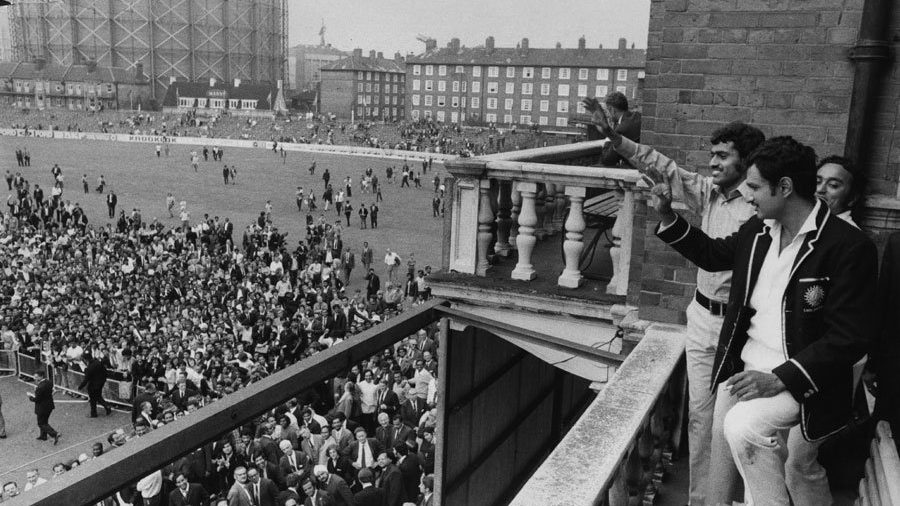 India had a tough start to Test cricket as it took them almost 20 years from their debut to register the first win when they beat England at home in 1952. In 1968, India got their first away Test win when they defeated New Zealand. In 1971, India made their 7th trip to England for a Test series but had not beaten the hosts even once across the previous six tours. India ended up losing as many as 15 of the 19 Test matches played in those six tours in England.

The Ajit Wadekar-led Indian team blossomed hopes of a win on English soil as India stood 38 runs short of a win in the first Test at Lord’s. England set a target of 183 for India in 50 overs to which India responded with 145/8 as the match ended in a draw. England showed their dominance during the 2nd Test at Old Trafford but the match ended in a draw with the last day’s play getting washed out due to rain.

The tour was set for a finale at The Oval where both the teams had a chance to clinch the series. After electing to bat first, England were bowled out on the first day posting a solid total of 355 thanks to the contributions from John Jameson (82), Alan Knott (90) and Richard Hutton (81). The visitors posed 284 as they lacked big knocks and finished 71 short of England’s first-innings total.

England began their innings on the 4th day afternoon while the Indian spinners found assistance straight away. Bhagwat Chandrasekhar stunned the hosts with a 6-wicket haul with his leg-spin as England were bowled out for only 101. India needed to chase down a target of 173 to win their first-ever Test in England and at the same time the series as well. But Sunil Gavaskar was dismissed for a duck and his opening partner Ashok Mankad got out cheaply.

Skipper Wadekar scored 46 by the end of 4th day as India stood at 76/2 with only 97 more runs needing for a win. 24th August 1971 began to the expectations of the whole nation but Wadekar fell on the overnight score itself. Dilip Sardesai scored 40 while batting at No.4 and brought India’s required tally down to 49 runs before getting dismissed. England tried to break into the match but India completed the chase for the loss of six wickets and with Syed Abid Ali hitting the winning boundary.

Hero’s Welcome to ‘1971 Cricket Team of India’ after their first ever overseas series win over England. Under the captaincy of Ajit Wadekar.#ThrowbackThursday #Cricket pic.twitter.com/3yF2OcKYWL

We have done some good learning on the back of the last game: Joe Root