On this day: India achieve the greatest glory 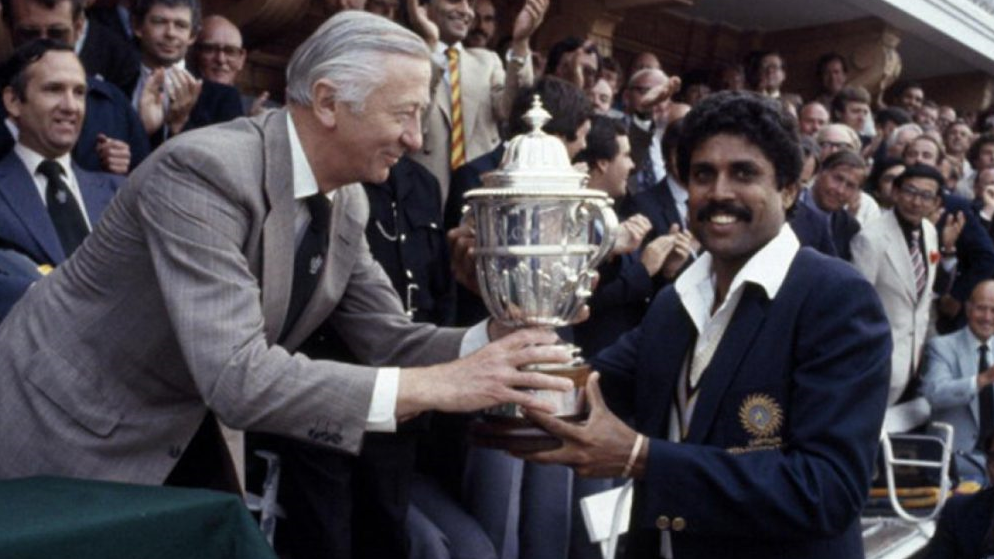 An 8-year old VVS Laxman, 10-year old Rahul Dravid and 10-year old Sachin Tendulkar were following an India game that was being played almost five thousand miles away. At Lord’s cricket ground, London, tournament favourites West Indies were facing an underdog side that was punching above its weight. In the World Cup final that was played on 25th June 1983, India emerged victorious by 43 runs. The triumph inspired a generation of players, some of which went on to become the country’s all-time greats. The win that changed a nation and the game forever, happened on this day 38 years ago.

That day at Lord’s was dramatic. India’s journey to the final was dramatic, so dramatic that there’s an upcoming Bollywood movie on this very topic. Coming into the global tournament, India had only one win to their name from the last six World Cup encounters. In the 1979 edition, they had been humbled by Sri Lanka who were not even a Test-playing side at that time. Before the 1983 edition began, no one, not even the team, had envisaged going all the way.

Two-time champions, West Indies, were overwhelmingly favourite in the final. Their aim was to complete the hat-trick of World Cups and continue their world domination. The legendary fast bowling attack of Andy Roberts, Joel Garner, Malcolm Marshall and Michael Holding shot down India for only 183 runs. Chasing down this total in 60 overs for a batting lineup that included Haynes, Greenidge, Richards, Lloyd wasn’t going to be difficult, was it?

Balwinder Sandhu bowled a magical inswinger to castle Gordon Greenidge early. Hopes ignited. The dismissal brought Viv Richards at the crease. One of the greatest ODI batsmen of all time resolved to end this match as soon as possible. Boundaries kept flowing from his bat as the Indians started losing hope. It was then that Kapil produced the second miracle of the tournament, the one which has served as an iconic image of India’s triumph for the last 36 years.

In an attempt to pull Madan Lal, Richards top-edged a ball that went high in the air towards the midwicket boundary. Kapil, standing at midwicket, ran backwards for almost 20 metres and completed a spectacular catch that turned the game on its head. India quickly sent back Larry Gomes, Clive Lloyd and Faoud Bacchus and at 6/76, the bowling side was on the top.

Jeff Dujon and Malcolm Marshall indicated that the fight was not over, and their partnership was taking West Indies closer to the target. Amarnath then entered the fray and dismissed both the set batsmen to puncture the chase. The medium-pacer trapped Holding in front of the stumps with the score reading 140 and sealed the greatest triumph in Indian cricket history.

Amarnath was named man of the match for his all-round performance. With a knock of 38 at the top, opener K Srikkanth finished as the highest scorer of the game. When Indian captain Kapil Dev held the trophy aloft from Lord’s balcony, it foretold the greatest uprising in cricket. A country woke up from slumber and in the years to come became the biggest ruling force of cricket. It all started on 25th June 1983.