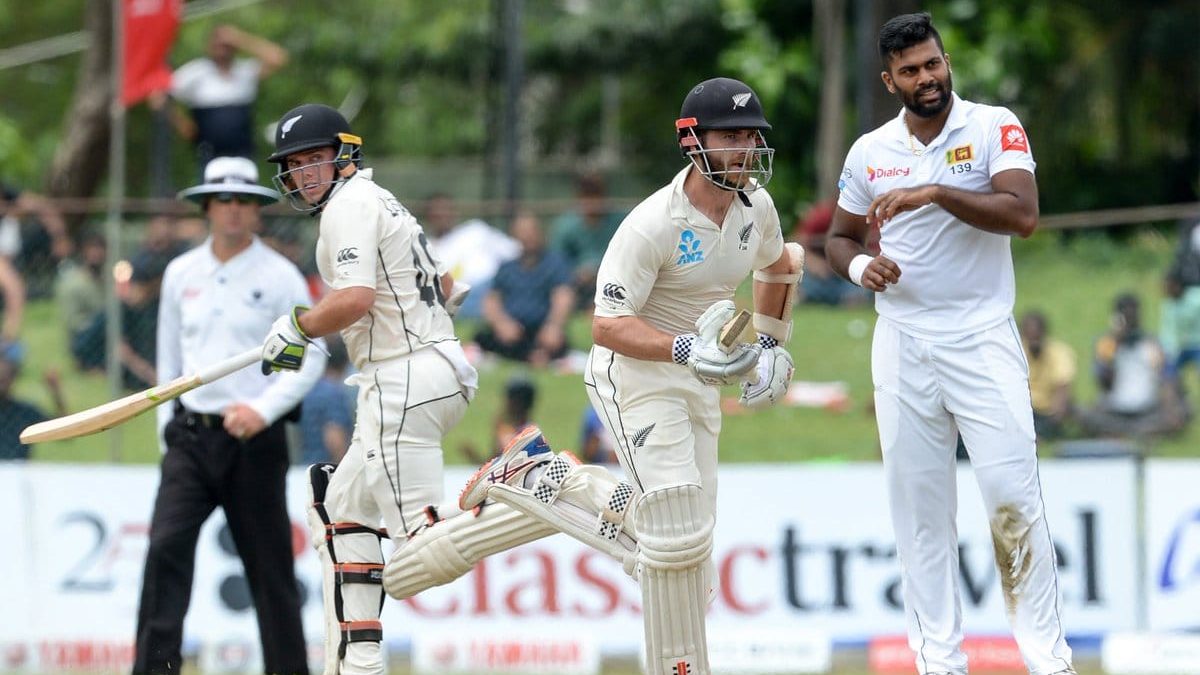 New Zealand pulled off an enthralling victory in the second Test of the series against hosts Sri Lanka during their tour to the island nation in 2019. Lankans already had the first match of the series in their favour and were eyeing the next before Kiwi players showed unbelievable intent to win the game by an innings and 65 runs despite weather conditions going against them.

Batting first, Lanka posted 244 runs on the board, courtesy of Dhanajaya de Silva’s terrific century. The hosts couldn’t even breach the 250-run mark as the iconic pace duo of Tim Southee and Trent Boult shared seven wickets among them and disrupted their batting line-up. When the Kiwis turned up to bat first, it felt like they would post a humongous total before they decided to declare on 431 runs.

ALL OVER! Great Test victory on day five 🏏 Trent Boult takes the final wicket with a short ball, the catch spooning to Kane Williamson in the gully. That’s our first #WTC21 points! #SLvNZ pic.twitter.com/TZEv7DVSQL

The huge number of runs came on the back of heroics shown by Tom Latham and BJ Watling who scored a century each to level up the show of visitors. While Watling remained unbeaten on 105, Latham’s 154 helped push his side and he was ultimately declared as the player of the match. Watling’s century came on the final day of the Test when guests were getting keen on bagging a victory despite failing light.

As Sri Lanka walked up to bat during their second innings, New Zealand bowlers ran through their top order and reduced them to 32/5. However, a late shine by Niroshan Dickwella still kept NZ struggling to snatch the win. It has to be noted that rain disturbed the course of play on all five days of the Test match at P Sara Oval, Colombo.

Dickwella who brought in a half-century on the final day found another adamant partner in Suranga Lakmal. They both kept increasing the problems for the visitors before Tom Latham’s catch kicked him out of the show. When the final session of the game began, Lanka still needed to bat 38 overs to fetch a draw with just three wickets in hand. On the other hand, they were 99 runs away to call NZ to bat again but the light kept worsening.

The final nail in the coffin was hit by Trent Boult who stunned Lasith Embuldeniya and the entire home side was back to the pavilion at 122 runs. New Zealand had the show on their side and in the most exciting manner that came amid challenging weather conditions.