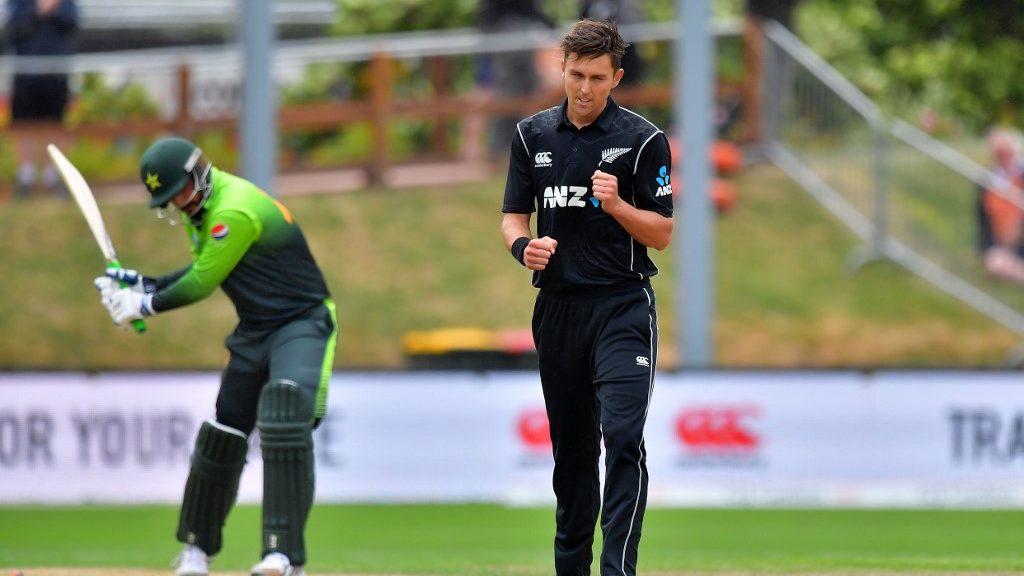 Pakistan recently toured New Zealand for three T20Is and a couple of Test matches only to lose both the contests quite comfortably. While they were blanked by 2-0 in Tests, the Kiwis won the T20I series by 2-1 losing the dead rubber. The Men in Green haven’t had a great time in New Zealand historically and the same was the case during their 2017-18 tour as well.

They had travelled to the Kiwi nation for a five-match ODI series followed by three T20Is. The tour began with the 50-over contests and the visitors lost the first two matches. On This Day, on January 13, 2018, the third ODI was played between Pakistan and New Zealand which was a must-win affair for the tourists and they ended up being at the receiving end of individual brilliance with the ball.

Trent Boult finishes with 5-17 as Pakistan are skittled for 74. A comprehensive win for NZ: https://t.co/SYiuMI9u81 #NZvPAK pic.twitter.com/NpvuJvJXWU

He was none other than Trent Boult who made the new ball talk nipping out three out of Pakistan’s top four and then came back to clean up the tail to end with the magical figures of 5/17 in 7.2 overs. Pakistan were chasing 258 runs to stay alive in the series and had a realistic chance to win the game.

But their batsmen couldn’t handle Boult’s exceptional swing bowling and the likes of Azhar Ali, Fakhar Zaman and Mohammad Hafeez were back in the hut to leave Pakistan three wickets for just two runs in the fourth over. To make things worse, Babar Azam, their best batsman, got run-out while Lockie Ferguson also breathed fire with the ball as the Sarfaraz Ahmed-led side was reeling at 32/8 at one stage.

But Mohammad Amir and Rumman Raees scored 14 and 16 runs respectively to save Pakistan from embarrassment. However, they delayed only the inevitable as they were bundled out for just 74 in the 28th over. Pakistan lost the game by 183 and also conceded the series with two matches to go while it was not surprising to see Trent Boult winning the Man of the Match award.