On this day in 2018: India grab Asia Cup title by winning a last ball thriller 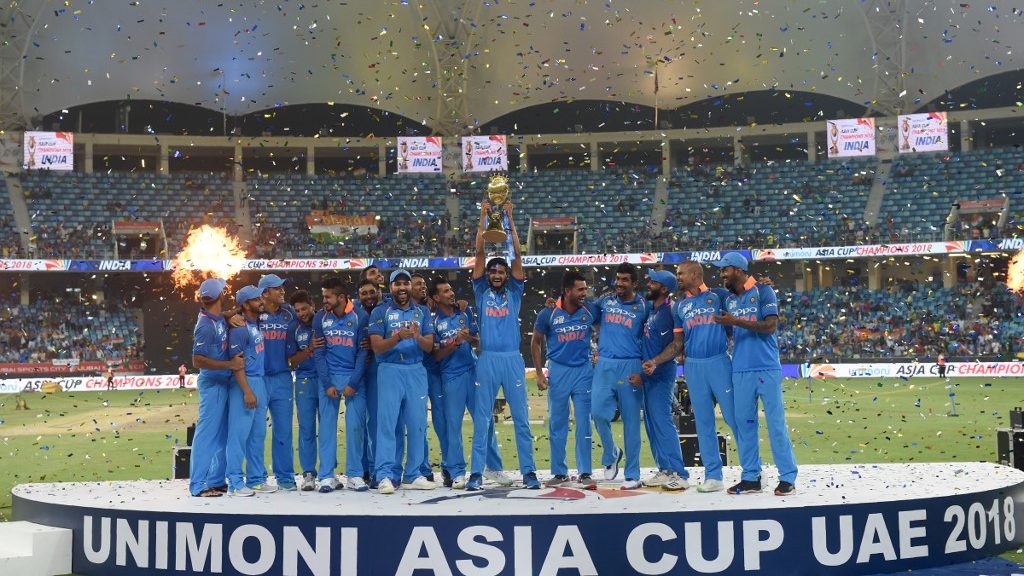 Twists, Turns, and excitement in a match are the factors that bring the cricket on-lookers to the edge of their seats. Add to it a mega event and the fans probably have no nails left to bite. The 2018 Asia Cup Final was one such contest that turned out to be a nerve-wracking one.

After having won the toss, India elected to field first in the final of the Asia Cup at the Dubai International Cricket Stadium. India’s bowlers exuded some great character to restrict Bangladesh to a total of 222. Thus, India appeared to be the favorites to win the game considering the strong batting lineup they possessed.

Bangladesh, however, had some other plans. While setting the target, the team lost their first wicket when the openers had already put 120 runs on the board. Liton Das registered an impressive century and had put Bangladesh in a commanding position. However, after Kuldeep Yadav sent him back to the hut, the team experienced a batting collapse. Kedar Jadhav chimed in with his part-time off-spin and clinched two wickets to add to Bangladesh’s woes.

#OnThisDay in 2018, India secured a famous win over Bangladesh in the men’s Asia Cup final 🔥

Kedar Jadhav played a crucial role. He picked up two wickets and then batted through hamstring discomfort to seal victory with the bat, despite being forced to retire hurt earlier. pic.twitter.com/K0mEBGSYhz

The team was wrapped up at 222 and the plan was simple for Bangladesh to keep bowling at tight lengths. And the team displayed some great intent in their fielding to save crucial runs. The excitement reached a crescendo when India was reduced to 160-5 after MS Dhoni walked back to the pavilion owing to Mustafizur Rahman’s delivery.

The on-lookers were stunned as it was a big wicket and Bangladesh had fancied their chances of dominating the game. Kedar Jadhav was at the crease but was struggling with his right hamstring and retired hurt. Ravindra Jadeja then took the mantle for the team to handle the pressure situation and added 23 valuable runs to the team’s account. Rubel Hossain then struck to pick Jadeja’s wicket. Hossain bowled 46 dot balls and clinched two wickets in his ten-over spell.

Again it was Kedar Jadhav who took the center stage as he walked back to bat in the 48th over. The batter displayed unreal calmness and sailed the team to victory. Though he was struggling with his injury, he did not let that come in his way to take India to glory by three wickets.