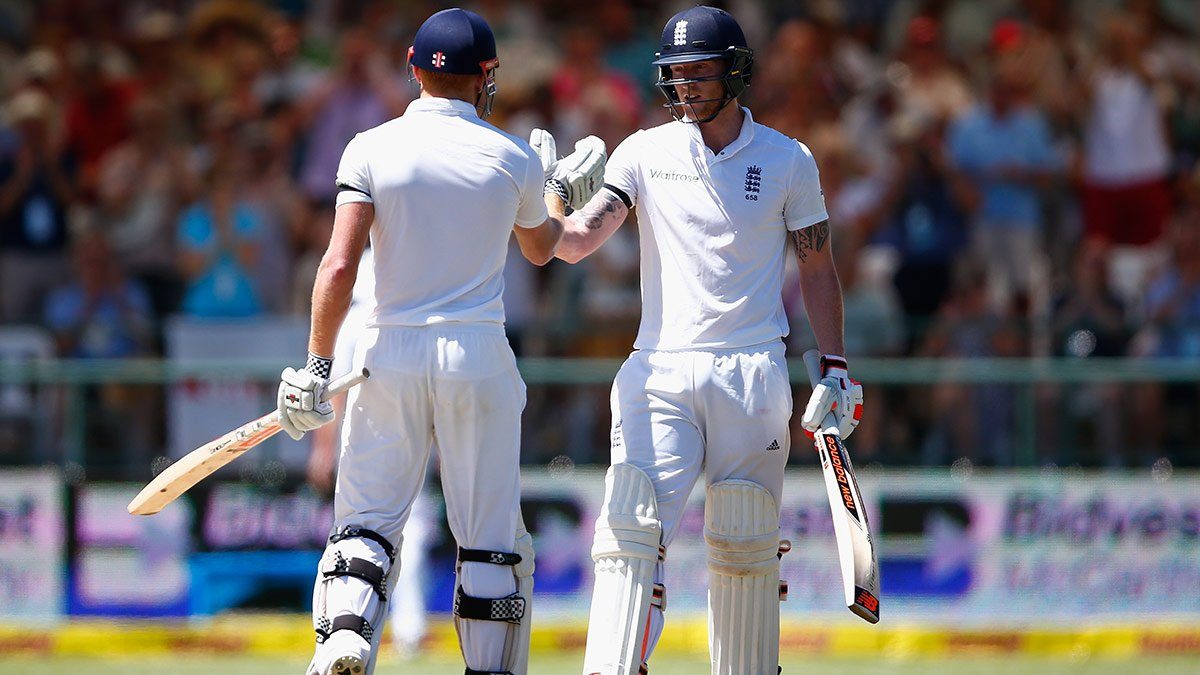 England’s all-rounder Ben Stokes and wicketkeeper Jonny Bairstow are two explosive batsmen who are capable of giving nightmares to the opposition with their power-hitting on their day. Five years back, on January 3, 2016, Stokes and Bairstow had scripted history by stitching a record partnership of a massive 399 runs against South Africa in the second Test of the four-match series at Newlands in Cape Town.

Previously, this esteemed record for the 6th wicket was held by New Zealand skipper Kane Williamson and BJ Watling who had added an unbeaten 365 runs against Sri Lanka at Wellington in 2015. Moreover, the 399-run stand between Stokes and Bairstow remains the second-highest stand ever for England in the longest format.

Coming to the contest, the highly-anticipated Test between South Africa and England commenced in Cape Town. Batting first, England had a turbulent start as they lost their first four wickets within 56 overs at a score of 167 with Alex Hales scoring a decent knock of 60 runs.

This was followed by Stokes and Joe Root stitching a 56-run partnership. Then walked in Jonny Bairstow and he along with Ben Stokes launched an assault on the opposition bowlers as the two hammered the ball like anything.

The left-hander Ben completed his double century in just 163 deliveries to score the second-fastest double hundred in the purest format of the game. He went past the record of Virender Sehwag who had once taken 168 deliveries to complete his 200 runs. Nathan Astle takes the top spot in the list of fastest double hundred having completed his double ton off just 153 deliveries against England in 2001.

The magical partnership between Ben Stokes and Jonny Bairstow came to an end as the all-rounder succumbed to a run-out from AB de Villiers after smashing a scintillating 258 runs off 198 deliveries including 30 boundaries and 11 maximums. Bairstow, on the other hand, hammered an unbeaten 150 runs off 191 deliveries to help England post a mammoth total of 629/6d on the scoreboard.

In reply, South Africa put up a great fight as they declared their innings at 627/7 on the back of a double hundred scored by Hashim Amla and a century by Temba Bavuma. Overall, the match ended in a draw but it will always be fondly remembered for the stunning show put up by Ben Stokes and Jonny Bairstow.