On this day in 2015: India register their first Test series win in Sri Lanka since 1995 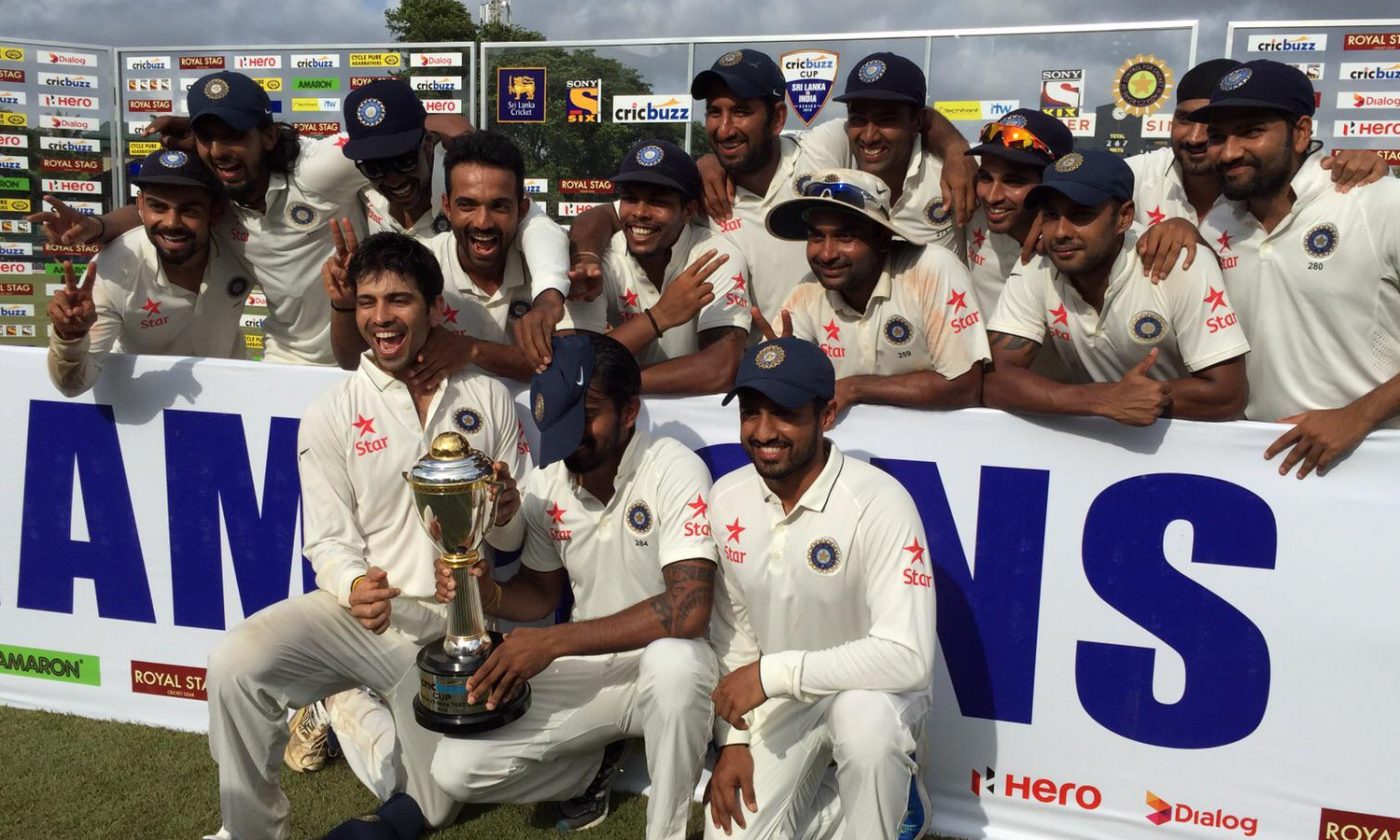 2015 was a critical year for both India and Sri Lanka in Test cricket. MS Dhoni had called quits from red-ball cricket while Kumar Sangakkara was about to, with Mahela Jayawardene having retired in late 2014. In August, a young Indian team arrived in Sri Lanka. Despite being at the top of their game in the longest format, India had not defeated Sri Lanka in a Test series on their home soil since 1995, when Mohammad Azharuddin’s team had won 1-0.

But, the series started in a fashion which no one would have expected. After taking a 193-run first innings lead in the first Test, India flattered in the final innings, failing to chase down a total of 176 runs set by the hosts. The loss was shocking as India were rolled over for just 112 runs in the fourth innings. This loss was followed by a win and possibly the beginning of an era with Virat Kohli at the helm of all things.

India won the second Test by a dominating margin of 278 runs, which set up a series decider at SSC in Colombo. With their main openers injured, Cheteshwar Pujara was given an opportunity to open and come back into the XI after missing out in the two Tests due to lack of form. He made 145 not out to save India’s first innings which seemed in trouble at 180 for 7. Amit Mishra played a good hand of 59 as India finished with 312.

In Sri Lanka, wickets generally offer something to the spinners than the seamers. But, that wasn’t the case on this wicket. Ishant Sharma was quick to use this rare opportunity on Asian soil to pick up a five-for as Sri Lanka were bundled out for just 201. The pace attack of the hosts pegged India back again as the visitors found themselves at 7 for 3 at one point in the second innings. There were contributions right through the XI. Rohit Sharma made 50, Stuart Binny made 49, Naman Ojha made 35, Mishra made 39 while Ravi Ashwin made 58.

All of that helped India to post a target of 386 runs. The hosts were reduced to 107 for 5 at one point but recovered on the back of a fighting partnership by Angelo Matthews, who scored 110, and Kusal Perera, who got his second fifty in the Test on his way to 70. But Sri Lanka lost their last five wickets for just 26 runs, with India making a comeback after that stand.

Ashwin picked up four while Ishant picked up three more, adding to his five-for. India ended up winning the match by a margin of 117 runs, thereby winning the series 2-1. This win started a run that would eventually help India to go to the no.1 position in the Test rankings. This was the first series win under Kohli and had already shown signs how he was going to break a lot of captaincy records.