On this day in 2014: Sri Lanka secure a series win in England with a thrilling victory 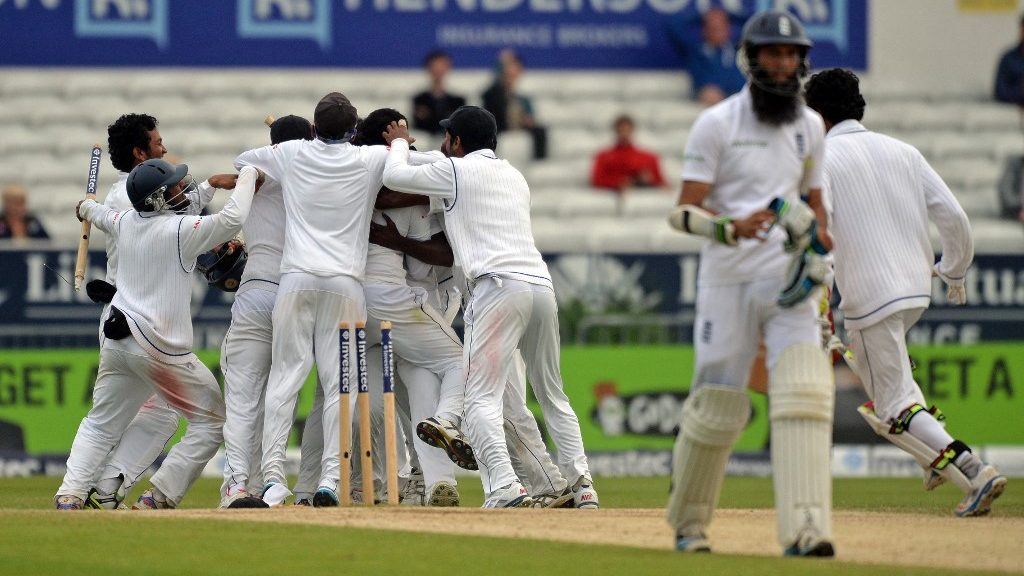 Winning a Test match in England is one of the biggest aspirations for the Asian teams. Particularly, winning a series there becomes a more difficult task. The Sri Lankan team created history by winning the Test series in England in 2014 with a thrilling victory in the Headingley Test. The first match of the series was played at the Lord’s ground which ended up in a draw. On this day i.e. 24th June 2014, Sri Lanka registered a win against the hosts in the second match.

Sri Lanka scored 257 runs in the first innings after the host captain Alastair Cook opted to field first after winning the toss. Kumar Sangakkara played a 79-run knock for them which included 13 fours. In response, England scored 365 runs with the help of a brilliant century from Sam Robson. With a 108-run lead in the first innings, England were in the driver’s seat in the Test.

However, Sri Lanka made a good comeback in the second innings and put up a total of 457 runs. Angelo Mathews slammed an excellent hundred for the team scoring 160 runs off 249 balls including 25 fours and 1 six. With this, the visitors set a target of 350 runs for England in the fourth innings.

England had a horrible start in the chase and lost 5 wickets for only 57 runs at the end of the fourth day. However, Moeen Ali stayed at the crease for a long time to deny victory to Sri Lanka. The match went up till the last over with the England score of 249/9 before the last over.

In the last over, James Anderson was at the strike while Moeen Ali was at the other end batting at a score of 108 runs off 281 balls. Anderson survived the first four balls of Shaminda Eranga but got out on the fifth ball. With this Sri Lanka pulled off a victory with only one ball left in the day’s play. They won the second match by 100 runs and registered a series victory by 1-0.