On this day: Canada pulls off upset in 1st World Cup match in 24 years 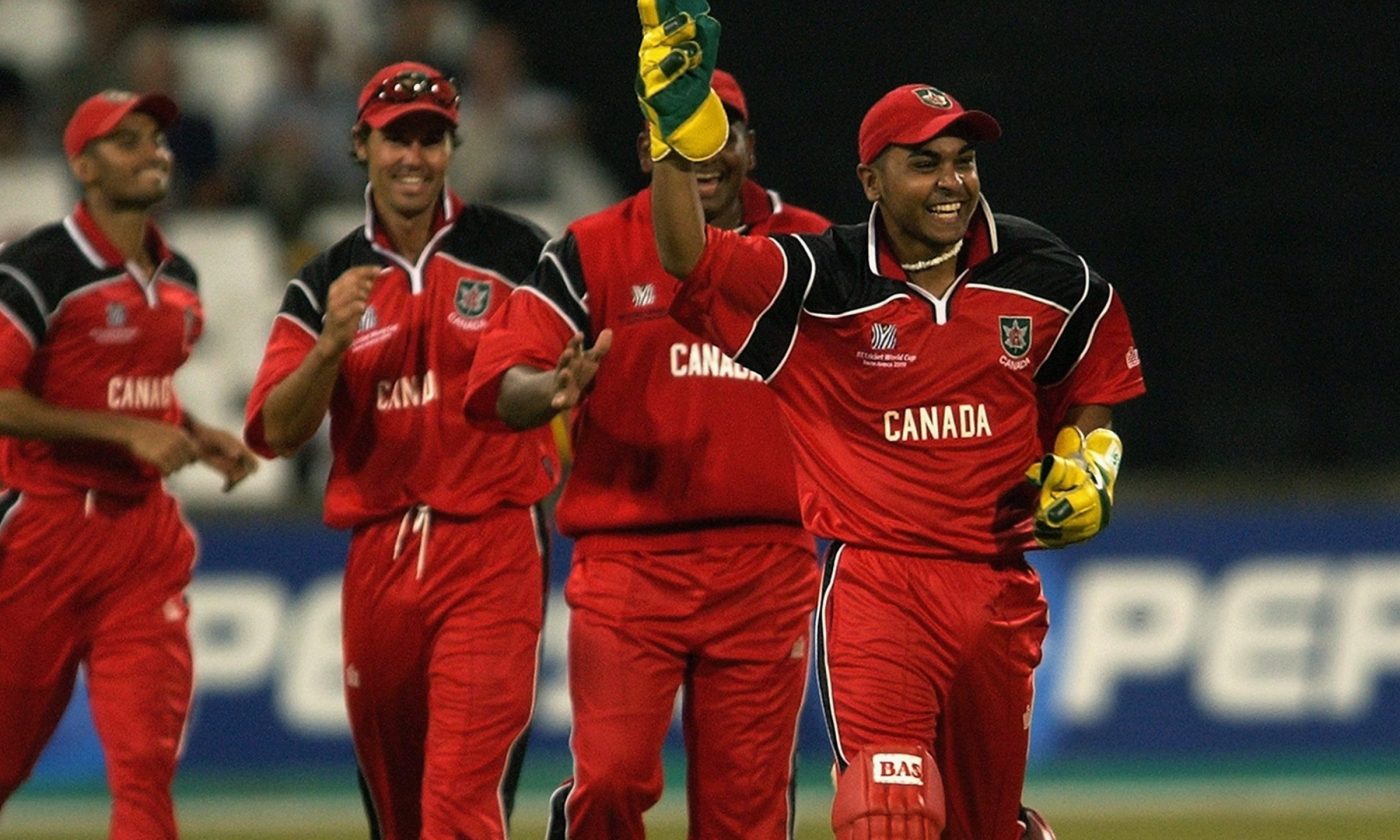 Exactly on this day 18 years ago, Bangladesh suffered one of their most humiliating defeats in the game when Canada stunned them in the 2003 World Cup. Bangladesh were not expected to go far in the tournament. In fact, the way they had been performing in those years, they were not even expected to do well or spring a surprise. However, they were expected to start their campaign with a win since their first game was against Canada who were playing their first World Cup game since 1979.

A Test-playing nation, Bangladesh had lost 26 consecutive ODIs going into this game but were still expected to beat Canada who were searching for their maiden win at a World Cup. Even Bangladesh were realistic of their chances of winning against Canada. Before the start of the World Cup, their skipper Khaled Mashud had said that the team’s aim was to defeat Kenya and Canada in the preliminary league, which also included matches against the stronger teams like South Africa, New Zealand, West Indies and Sri Lanka.

And the match started on a very expected note. Bangladesh bowled out Canada for a modest total of 180 at Kingsmead, Durban. Ian Billcliff top-scored for Canada, scoring 42 while future Bangladesh captain Mashrafe Mortaza and Sanwar Hossain picked two wickets apiece for the Tigers.

With the bat too, Bangladesh started well and reached 33 without loss before the disaster struck. Davis Joseph gave Canada the first breakthrough by dismissing opener Al Shahriar for 9 and opened the floodgates. It was followed by a calamitous collapse from Bangladesh as they lost their next 9 wickets for the addition of just 87 runs to be all out for just 120 and suffered a humiliating defeat.

Hannan Sarkar and Sanwar Hossain top-scored with 25 apiece during the disastrous batting display. Four of the batsmen fell without even scoring while two others failed to reach double figures. For Canada, Austin Codrington was the hero as he claimed five for 27 in his nine overs. He took the last three wickets for just one run, sealing a memorable win for his country. There was more humiliation in store for the Asian team as they lost to Kenya too and bowed out of the World Cup without a win in six games.

Here’s how Steyn replied to his comparison with Anderson