On this day in 2000: Allan Donald becomes the first South African to 300 Test wickets 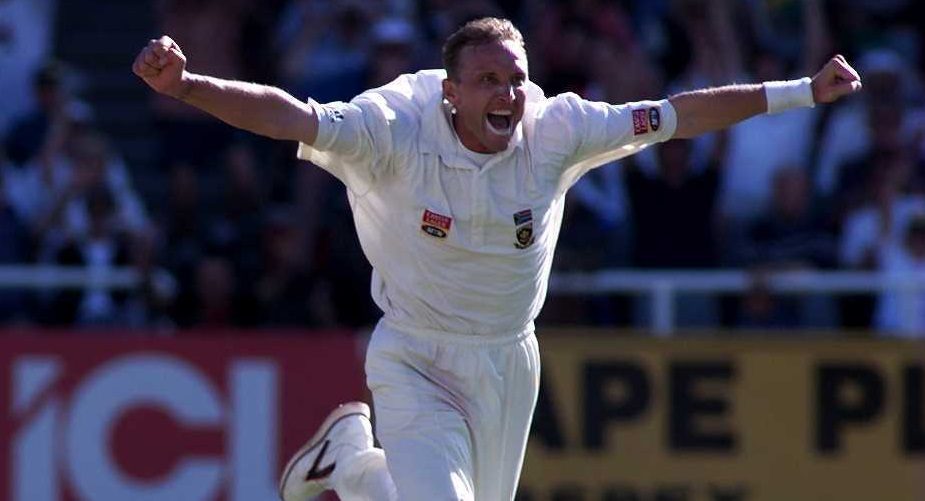 ‘The White Lightning’ – Allan Donald’s nickname pretty much suited his style of bowling. The speedster was fast, furious and in the batsman’s face. His intensity hardly dropped and the batters couldn’t help, but stay on their toes whenever Donald was in operation. He was the captain’s go-to man as apart from stemming the flow of runs, he also made crucial breakthroughs.

It’s not a surprise that he is among the leading wicket-takers for the Proteas, picking up 602 wickets from 236 matches. In Test cricket, the Orange Free State-born is fourth on the list of top wicket-takers for his country after Dale Steyn, Shaun Pollock and Makhaya Ntini. But it was Donald, who became the first South African bowler to accomplish 300 wickets in Test cricket.

Donald showing his class and ferocity

The pacer accomplished the feat on this day back in 2000 against New Zealand at the Mangaung Oval in Bloemfontein. To add the cherry on the cake, the hosts, then captained by Pollock, won the match by five wickets. Prior to the game, the seamer was on 297 wickets. In the first innings itself, Donald reached the landmark after getting the wicket of Shayne O’Connor.

Prior to that, he also got rid of Mark Richardson and Craig McMillan. Even in the second innings, Donald churned out three wickets of opposition captain Stephen Fleming, opener Richardson and Matthew Sinclair. The now 54-year-old didn’t get the Man of the Match, which went to Jacques Kallis for his 160 in the first innings, but he did leave a deep impact in the encounter.

As far as the game is concerned, South Africa found themselves on the driver’s seat after scoring 471 runs in their first innings. Thereafter, Fleming’s Black Caps could manage 229 runs in the first innings after which they scored 342 runs while following on.

The target of 101 runs was never going to trouble the Proteas, who got there in 26.3 overs. Donald last played for South Africa in the 2003 World Cup. The pace superstar also had the privilege of playing two T20s for the Eagles in April 2004.