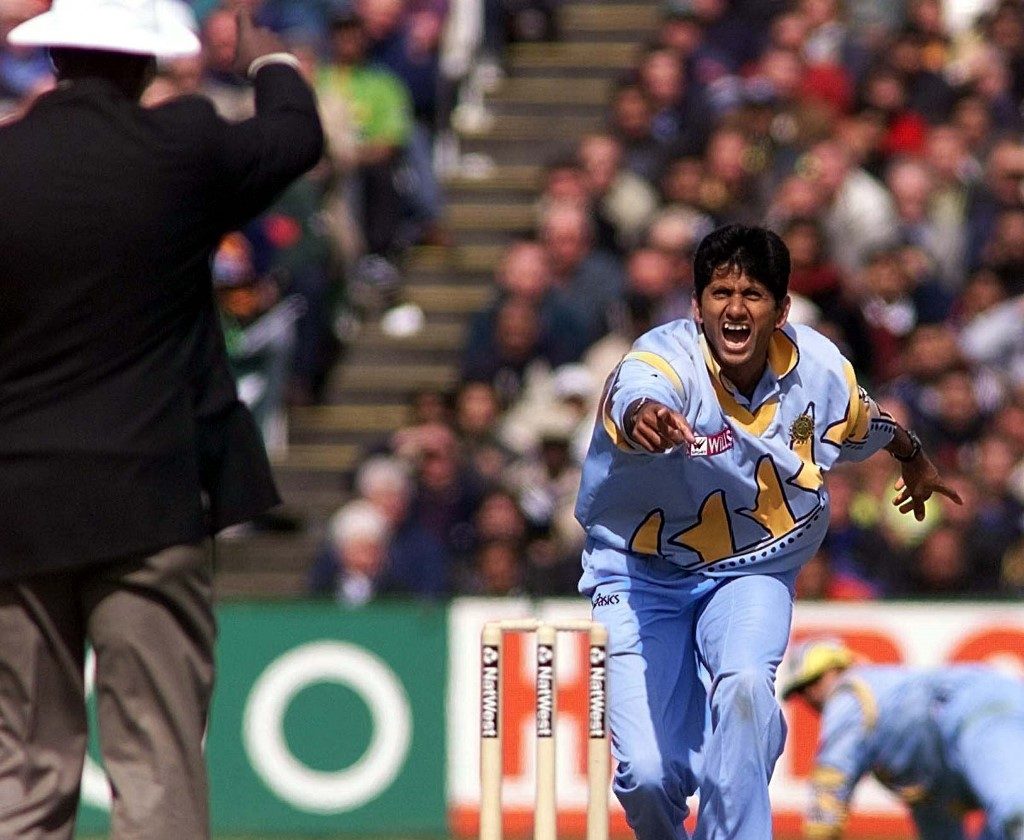 Four former players who have etched a few records for their respective national sides share their birthdays on 5th August. Not every cricketer in this list has had a perfect career but all four certainly delivered several impressive performances at the biggest stage.

Pairing with Javagal Srinath, Venkatesh Prasad established himself as one of the vital cogs of the Indian side. Using his stature, the Bangalore-born pacer had the ability to move the ball both ways. He had a successful career with the national side in Tests as well as One-day International.

With the red ball, the right-arm quick scalped 96 wickets in 33 Tests, including 7 five-wicket hauls. While donning the coloured jersey in 161 ODIs, he picked 196 wickets at an economy of 4.67. His face-off with Pakistan batsman Aamir Sohail in the 1996 World Cup quarterfinal match is still fresh in the mind of every Indian fan.

Another pacer– Pakistan’s Aqib Javed– also celebrates his birthday on 5th August. Equipped with the ability to swing the ball both ways, Javed paved into the Pakistan side in 1988. He went on to represent the national side in 22 Tests and 163 ODIs, where he scalped 54 and 182 wickets respectively.

Pakistan’s encounters against India are always thrilling, with the players delivering their best under pressure. Aaqib Javed’s best performances also came against arch-rivals India, where the fast-medium pacer scalped 54 wickets in 39 ODI at an average of 24.64.

A player from the history books – Australia’s Harry Trott was also born on 5th August in 1866. Along with being a versatile all-rounder, Trott was also known for his exemplary leadership while leading Australia in the second half of the 1890s.

After earning his Test cap in 1888, the right-hander went on to represent Australia in 24 Tests where he amassed 921 runs and scalped 29 wickets. However, he didn’t have a great end to his career as a severe mental illness abruptly ended Trott’s Test career at the age of 31. Post his retirement, Trott served as a selector for Victoria for a number of years.

Sohag Gazi, born on 5th August 1991, is one of the few cricketers who had a dominant start to his international career. He earned his Test cap in 2012 in the first match during West Indies’ tour of Bangladesh and scalped six wickets in the second innings to hog the headlines. Gazi is the only man to score a century and take a hat-trick in the same Test match and the first man to do it twice in first-class matches.

Gazi donned the Bangladesh jersey in 10 Tests and 16 ODIs, scalping 38 and 19 wickets respectively. He also mustered 325 runs in the traditional format while 156 runs in the ODIs. In the first Test against New Zealand in October 2013, Gazi scored his maiden Test century and followed it up by scalping a hat-trick in the same match. He scripted his name into the record books as the second Bangladeshi to take a Test hat-trick after Alok Kapali.