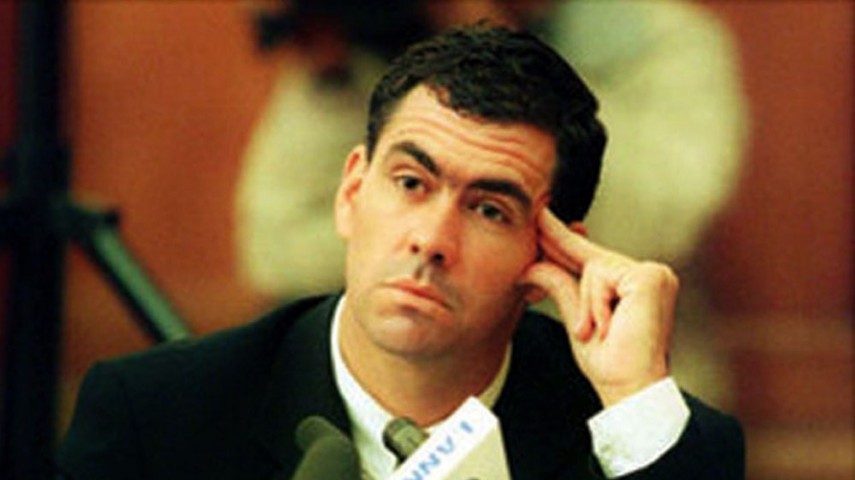 Captain of a World-Beating team. Excellent all-rounder. Respected world over for being a thorough gentleman and the ideal ambassador of the game. Hansie Cronje was all of this. And he would have retired as one of the greats of the game. Unfortunately, he made a mistake. He let greed overpower him and that greed eventually took away everything from him. From a loved hero, Cronje became a villain in a matter of months.

Born 25th September 1969, Cronje played international cricket for South Africa for 8 years from 1992-2000. An all-rounder par excellence, he made his ODI debut against Australia in Sydney in the 1992 World Cup and had a decent tourney averaging 34 with the bat. His Test debut came a few months later against West Indies, which was South Africa’s first Test match since readmission.

Cronje emerged not just as one of the most promising players but also as a future leader. He was made the vice-captain for the 1993-1994 tour to Australia despite being the youngest member of the squad. In 1994-1995, he was appointed full-time captain of the Proteas taking over from Kepler Wessels and continued to lead them till 2000.

Cronje went on to score 3714 runs in 68 Test matches picking 43 wickets with his medium-pace bowling while in 188 ODIs he scored 5565 runs and picked 114 wickets. He had a glorious career not just as a player but as a captain as well. He captained South Africa in 53 Tests, winning 27 and losing just 11. Cronje took his team to 99 ODI victories in 138 matches with one of the highest win percentage as captain – 73.7.

However, all the glory, all the numbers came to nought in 2000. The now infamous Test against England in 2000, where Cronje became the first captain to forfeit an innings to enable a result, was a decision made due to the influence of a bookmaker. In April 2000, his recorded conversation with a bookie Sanjeev Chawla was discovered by Delhi police and he admitted to not have been entirely honest 2 days after denying all allegations. In June 2000, he admitted in a 22-page statement to having provided pitch reports and team selection news to bookies in a number of series including a 1996 tour to India, the series where it all began.

To the King Commission appointed to probe the scandal he said, “I had a great passion for the game, my team-mates and my country. The problem is the unfortunate love I have for money. I do like money. I’m not going to try to get away from that.” In October, he was handed a life ban from the South African Cricket board, putting an end to a fabulous yet now tainted career that didn’t get the farewell it deserved.

Hansie was a man the South African people came to love. After readmission, he was the man who had taken them to unprecedented levels of success. People started respecting South Africa, the country and fearing South Africa, the cricket team during his tenure as captain. Despite being a hard competitor, he was known to be a religious, respectful and a gentleman.

However, as it usually is, things weren’t how they appeared. As luck would have it, after being disgraced from the game, Hansie passed away in 2002 in a plane crash. The horrific incident brought to end a life which, for a large part, had inspired people. But a life that will eventually be remembered for tarnishing the name of the game as well as the country.