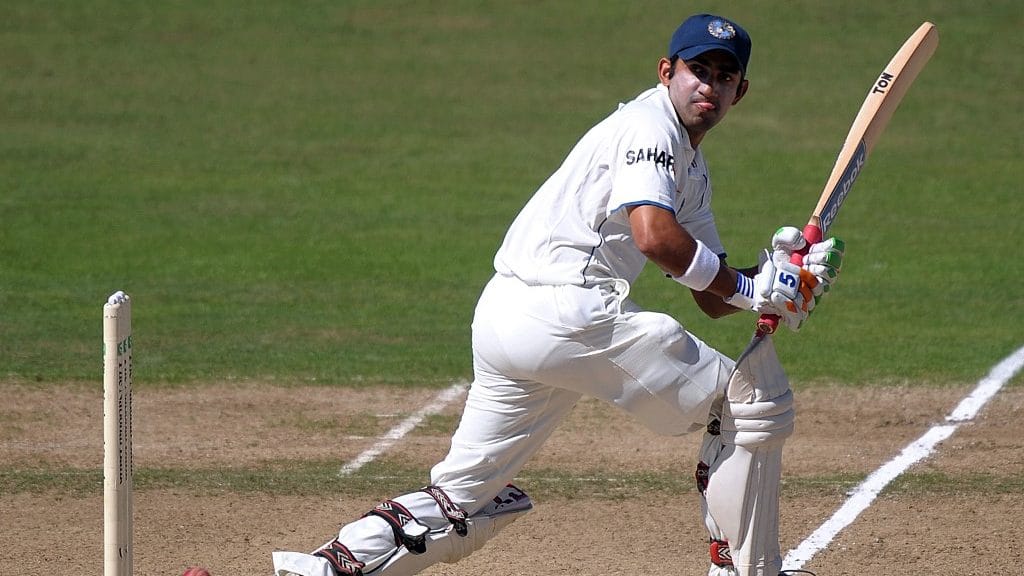 At stumps on day three, India were 47/1 in their second innings. They were still 267 runs away from matching New Zealand’s mammoth first innings total of 619. With two days left in clear weather, New Zealand eyed a comeback in the series from their trailing position of 0-1. The writing was on the wall unless something spectacular occurred. From the team that consisted Sachin Tendulkar, Rahul Dravid and VVS Laxman, someone else rose to the occasion and stamped his authority on this Test match. It was Gautam Gambhir who played a legendary hand in Napier.

Tendulkar’s 160 and a joint effort from the bowlers handed India a 10-wicket win at Hamilton in the first Test of the 2009 series. At McLean Park, Napier, Daniel Vettori won the toss and chose to bat first. Indian pacers made early inroads to trap the Blackcaps at 23/3. However, Ross Taylor (151) and Jesse Ryder (201) averted the crisis and went on to dominate the bowlers. Brendon McCullum’s 115 saw New Zealand finish at 619/9 declared.

India’s reply in the first innings hinged on their legends. Dravid (83), Laxman (76) and Tendulkar (49) could only get the team to 305 all out, conceding a trail of 314 runs. New Zealand promptly asked the visitors to follow-on with more than two days in their hands to take 10 wickets. In their second essay, India lost Virender Sehwag early but Gambhir and Dravid saw off the remaining time without any harm.

The fourth day began with the same defiance that Gambhir and Dravid had shown on the previous evening. Ticking off the time hour by hour, the pair grew in confidence. Dravid fell before the tea break but had added 133 runs for the second wicket by then. More importantly, he and Gambhir had taken out 380 balls out of the game.

One legend replaced another as Tendulkar joined Gambhir at the crease. The opener took an ultra-cautious approach in the post-tea session, where he added only one run in an hour. After the break, he did open up and brought up his Test century in 265 balls. India’s greatest completed his fifty at the other end. The stand remained unbroken as the day closed. 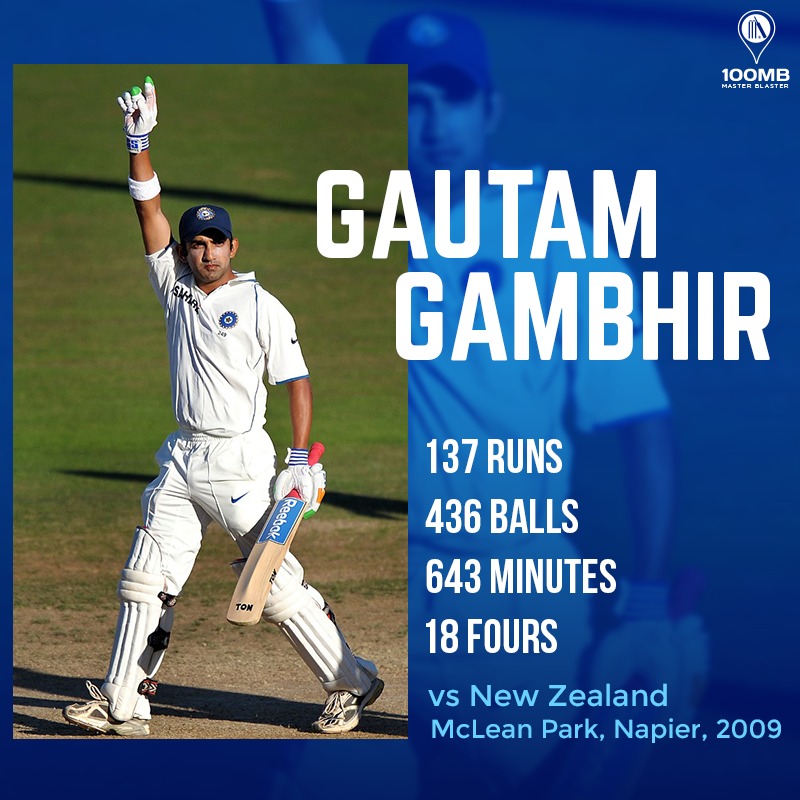 India were yet to overhaul New Zealand’s total and still not out of danger. Gambhir resumed his battle on the final day and continued to fight despite losing Tendulkar at the other end early in the first session. Stitching another valuable partnership with Laxman, the left-hander trudged along. By the time he fell, India had gone past New Zealand’s total and had 1.5 sessions to play. Laxman and Yuvraj Singh played out the remaining time and secured a draw.

Gambhir’s final run count was 137 but it was only the third-important number in his batting analysis. His resistance lasted 643 minutes (more than 10 hours) and 436 balls (72.4 overs). Later the batsman called his match-saving knock as the most memorable innings of his career.

Thanks Paaji, our partnership in the Napier Test will remain in my heart forever. So will you. https://t.co/vFgtjBC0aP