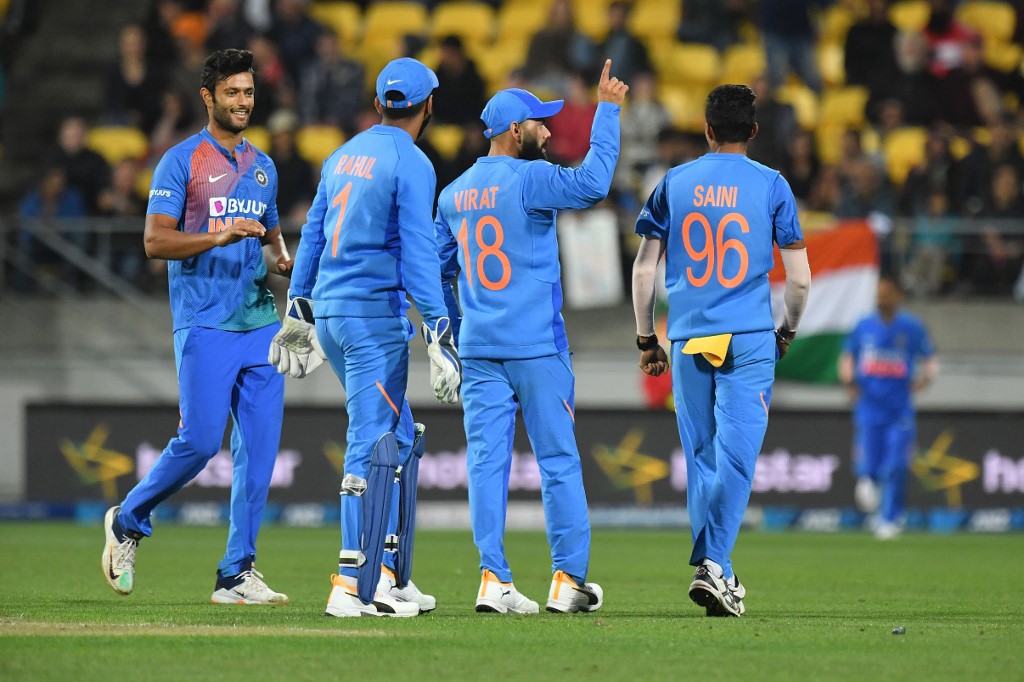 What could have been a sizzling final has turned into a dead-rubber with New Zealand losing both the previous matches after being in a dominant position. India stormed back in both the matches with astounding last overs and a brilliant batting display in the Super Overs. All that remains to be seen in the fifth and final encounter is India’s team combination and whether New Zealand can avoid a whitewash or not.

Clear skies are expected with some fresh breeze is expected on Sunday. Rain is unlikely to feature. 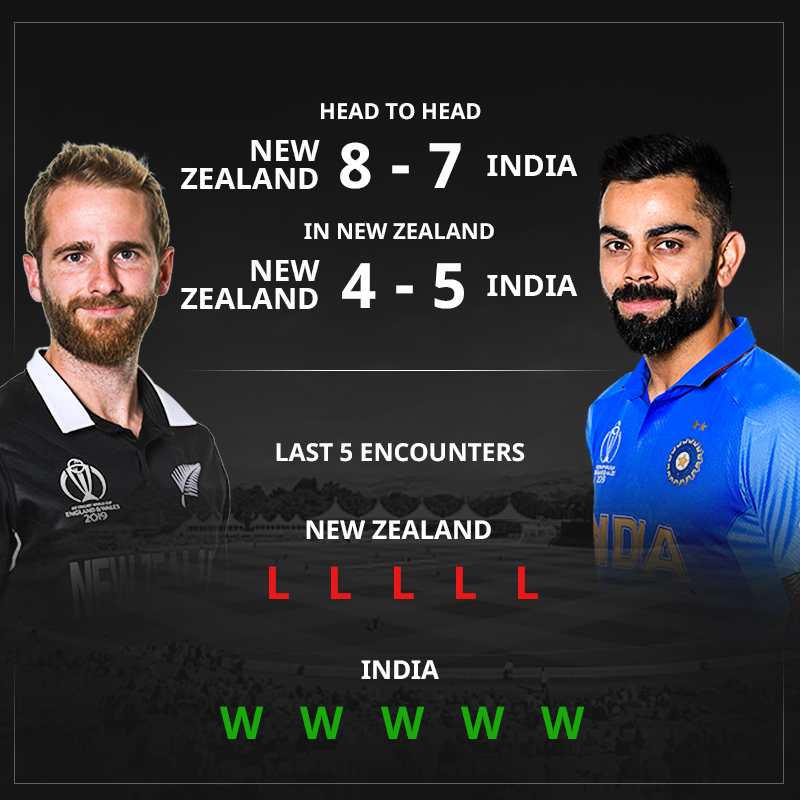 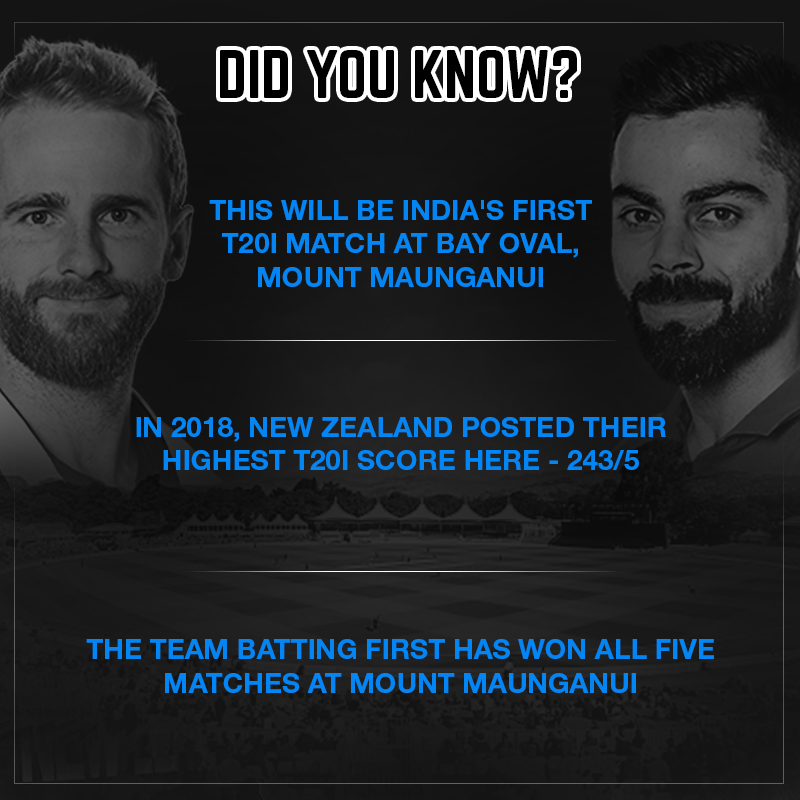 New Zealand: The hosts missed their regular captain and their best batsman, Kane Williamson due to a shoulder injury which he suffered in the practice on Friday. With series already lost, the Black Caps may wish to rest him and bring him back stronger in the ODIs. Tim Seifert batted wonderfully at number three in the fourth T20I, he will certainly maintain his position. New Zealand’s senior-most batsman Ross Taylor has struggled in the last two matches. It will be interesting to see whether the team management backs him for the upcoming T20I World Cup or not. The bowling department has not done too badly. Spinners Ish Sodhi and Mitchell Santner have been impressive.

India: After clinching the series 3-0, Virat Kohli made three changes in the playing XI for the fourth game. Rohit Sharma, Mohammed Shami and Ravindra Jadeja were rested to try out Sanju Samson, Navdeep Saini and Washington Sundar. Both Samson and Sundar disappointed the selectors but they will have another chance in this encounter. The onus will also be on Shivam Dube who has not been able to firmly secure his spot in the team. Rohit is likely to return with a possibility of Kohli taking a rest day. There is also a case for giving a chance to Rishabh Pant by giving some well-deserved rest to KL Rahul. 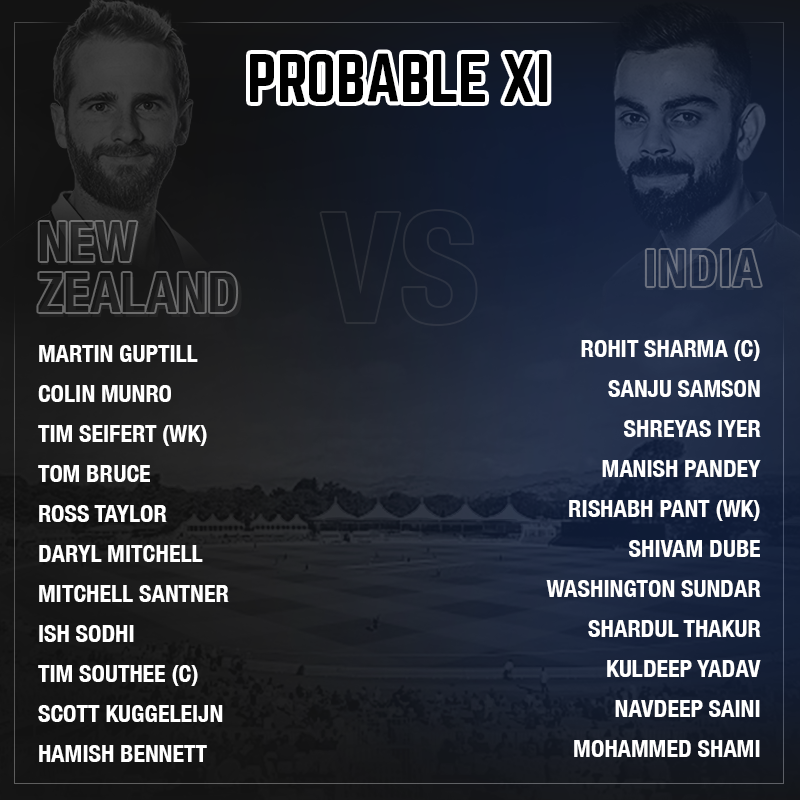