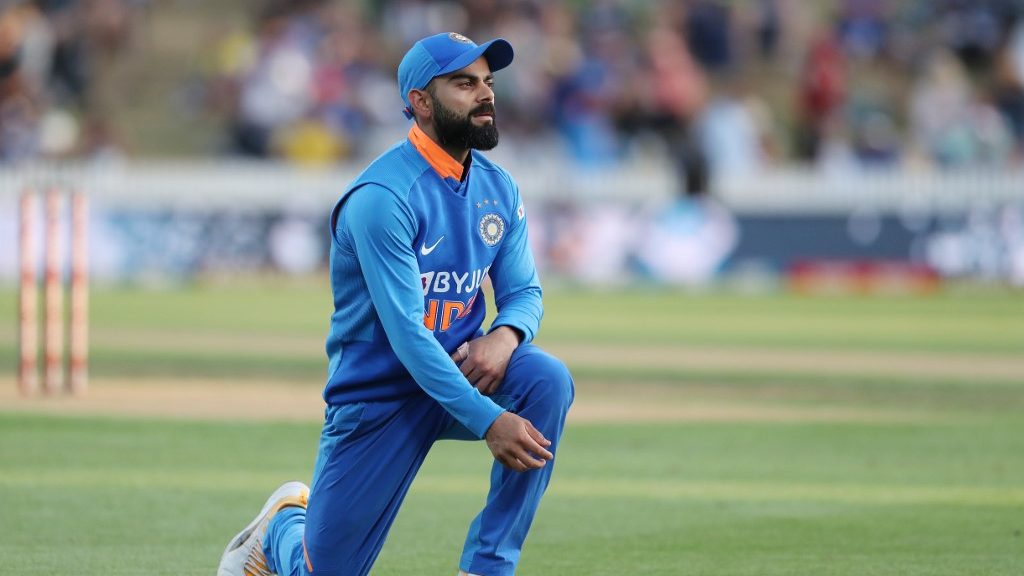 India walked into the three-match ODI series against New Zealand on back of their 5-0 triumph in T20Is. The visitors stumbled early while batting first but staged a scintillating recovery to post 347 runs in the first innings. However, Ross Taylor and the rest of the Black Caps batsmen ensured that New Zealand did not face another defeat. By completing their highest run chase in ODIs, hosts secured a 1-0 lead. India will have to work harder if they are to keep the series alive by winning the 2nd ODI.

Auckland weather is expected to be pleasant and clear. Eden Park has short boundaries but swinging conditions are likely to balance the equation. 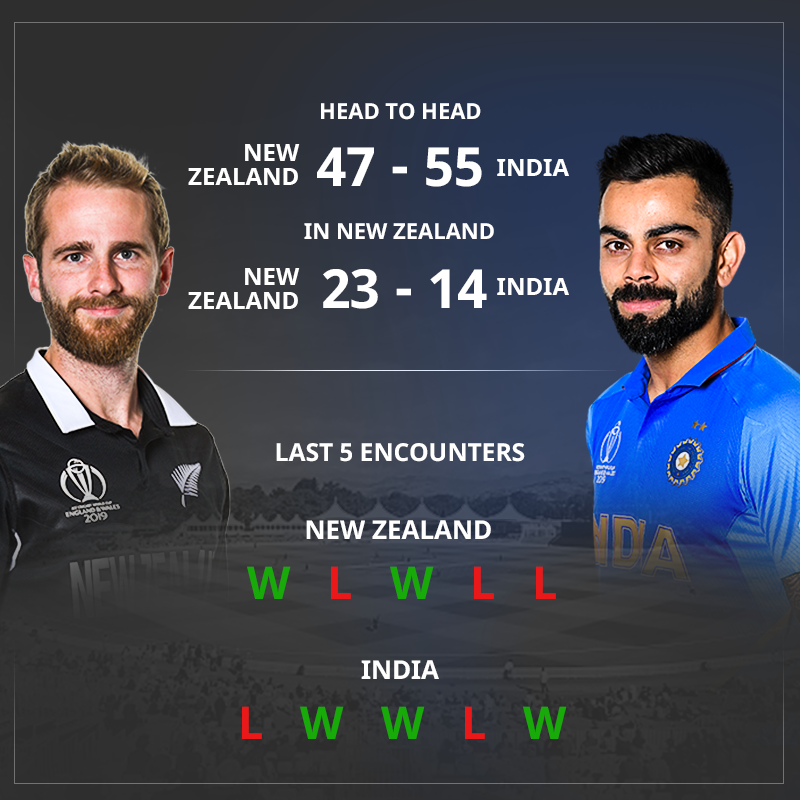 Numbers to look out for: 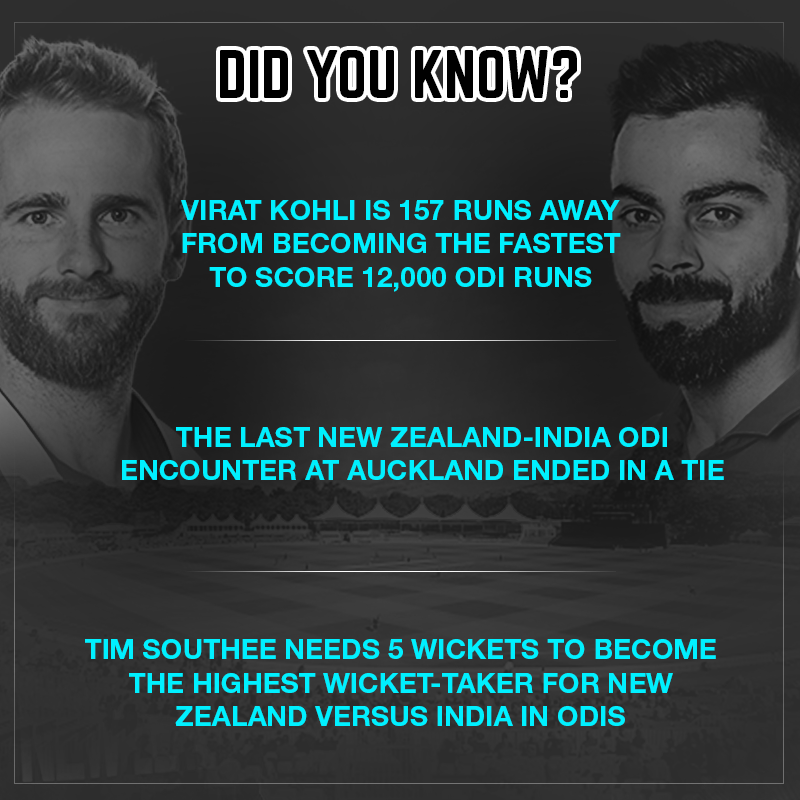 New Zealand: The Hosts opted to use the leg-spin of Ish Sodhi ahead of another pace bowler. However, he ended up contributing only four overs while dismissing Virat Kohli. New Zealand have released Sodhi thus signalling a debut for Kyle Jamieson. The 6’8″ tall pacer will be making his international debut. He had recently taken 4/49 against New Zealand A. Other than that, no changes are expected for Black Caps. One of their worries will be about bowling in the death overs. It remains to be seen how they address the issue.

India: India opened the first ODI with two debutants – Prithvi Shaw and Mayank Agarwal. The duo added 50 runs in the opening game and looked solid. The ploy of sending KL Rahul in the lower middle order has paid rich dividends and Kedar Jadhav’s quickfire knock should seal his place for another game. Shardul Thakur (1/80) and Kuldeep Yadav (2/84) were ineffective in the first ODI. With only two opportunities left in the series, India may replace these two with Navdeep Saini and Yuzvendra Chahal.