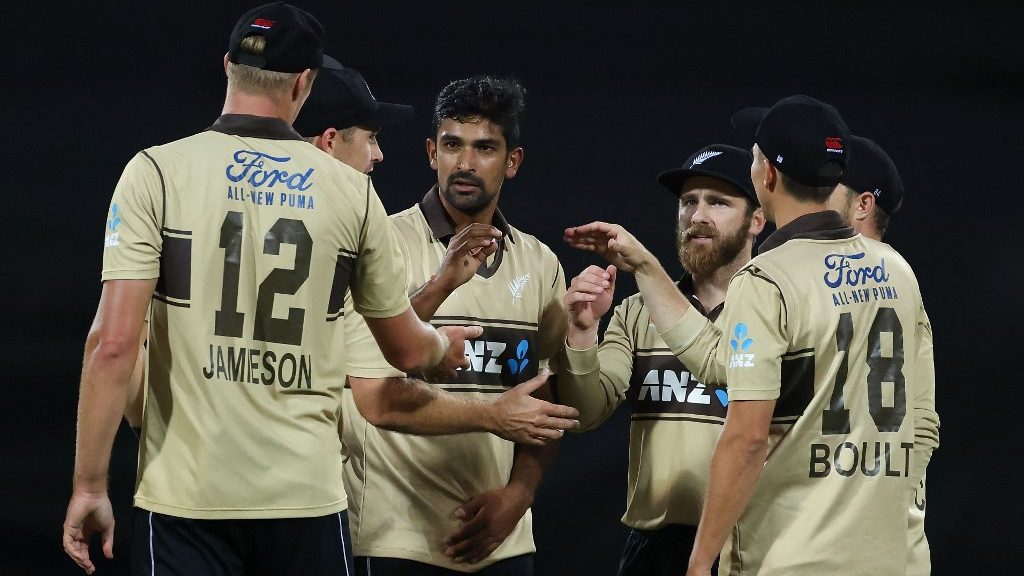 After a comprehensive 53-run victory in the series opener, New Zealand managed to clinch a nerve-sapping 4-run victory in a high-scoring second encounter of the series. Struggling to find their feet, Australia scripted a dramatic turnaround in the following two encounters, winning both by massive margins of 64 and 50 runs, respectively, to take the series into a decider. Despite the comeback, the visitors were not able to avoid a series-defeat as New Zealand clinched the last T20I by 7 wickets to win the series 3-2. Let us take a look at the top performers of the series.

Devon Conway was at his devastating best in the first T20I, where his sensational knock of 99 played an instrumental role in New Zealand gaining a series lead. Though he made an unfortunate distinction of finishing unbeaten at 99 in the shortest format, he earned himself the Player of the Match for his match-winning knock nevertheless. His 38-run cameo in the third T20I went in vain, however, his 28-ball 36 turned out crucial in the series-decider. Conway finished the series with 192 runs, averaging over 50.

Trent Boult was the destroyer-in-chief at the Hagley Oval, where he bagged four wickets, giving away merely 28 runs from his four overs. Though he was able to account for only a solitary wicket in the second T20I, Boult bagged two in each of the games that followed, taking his overall wicket-tally for the series to 11, only behind Ish Sodhi’s 12.

There were plenty of concerns related to Aaron Finch’s form after a forgettable Big Bash League 2021, where he tallied 179 runs at 13.77 from 13 innings. His slump continued in the series with scores of 1 and 12 in the first two T20Is, however, he led Australia’s comeback through two consecutive fighting and aggressive knocks of 69 from 44 and unbeaten 79 from 55 at Wellington, finishing the series with 197 runs at a strike rate over 140 with 2 half-centuries.

Martin Guptill has put one on the roof of @skystadium!

Guptill, who entered into this series with a rut of his own, started the series on an ominous note, as he perished for a duck. Although, he came back into his elements in the second game with a 50-ball 97, followed by a 28-ball 43, and though he was dismissed early in the fourth rubber at Wellington, it was his dominant half-century (71 from 46) that assisted New Zealand to avoid a series-defeat in the decider. He ended up with 217 runs in 5 innings including 2 half-centuries, the highest in the series.

A local COVID-19 case of unknown origin led to a shift in the venue from Auckland to Wellington. The regular use of surface meant that it became slower and more conducive for the spinners, and Ish Sodhi grabbed that advantage with both hands. Having bagged a four-for in the first T20I, Sodhi managed a scalp in each clash of the series. He finished as the leading wicket-taker in the series with 12 wickets, of which 7 came in Wellington’s Westpac Stadium.

On this day: Sachin Tendulkar’s masterful 155 in Chennai steals the show