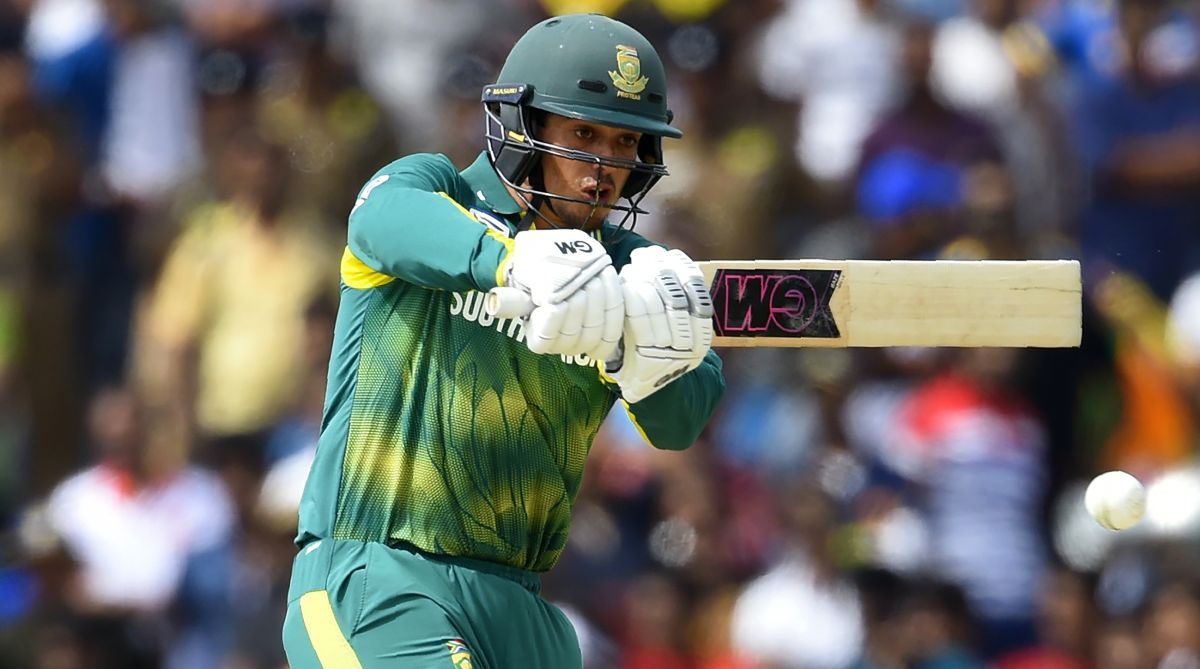 A supremely talented wicketkeeper-batter from South Africa, Quinton de Kock is already a popular name in international cricket. His ability to play cricket fearlessly and perform more than impressively behind the wickets has earned him accolades across the world, with some considering him a true successor to the likes of Mark Boucher.

Born in Gauteng, he grabbed the limelight after impressing at the Under-19 level, where he finished as the top-scorer during the 2012 U19 World Cup. Having made his debut against New Zealand in 2012, de Kock earned his ODI and Test call-ups in the next two years and stands as an established member of the South African team in all three formats of the game today.

He has represented South Africa in 51 Tests, 123 ODIs and 47 T20Is, scoring 3008, 5235and 1303 respectively. Apart from international cricket, the 28-year-old is a regular feature at the Indian Premier League, where he has represented four different teams and is currently a part of the Mumbai Indians, the league’s most successful team.

As per briefly.co.za, de Kock earns $35,000 each month for playing different teams like the national team, Mzansi Super League, Indian Premier League, Cape Town Blitz, and the Mumbai Indians. Notably, de Kock has also led the South African national team and was recently relieved from the charge as the country adopted the split captaincy model to reduce the burden.

The southpaw has also been a part of some major endorsement deals in India as well as his nation. He was one of the 15 cricketers who became the voice for the ad campaign of fantasy sports app Dream 11 during the 13th edition of IPL in 2020. De Kock has also had the brand endorsement of Gunn and Moore, which is a sports clothing and athletic equipment manufacturer. He has also been associated with Sareen Sports, his recent bat sponsor, and the German company Adidas.

De Kock’s net worth is estimated to be around $ 11 million and it has seen a steady increase in the last few years. He received a sum of INR 2.8 Crore after his IPL team Mumbai Indians retained him ahead of the trading window of IPL 2020. In his 72-match IPL career, he has scored 2114 runs at an average of 31.55. However, he struggled to get his rhythm in the 2021 edition, which was recently suspended after a spate of Covid-19 cases emerged.

He will be in action in the league once it resumes in September this year, while his team is set to tour West Indies for two Tests and five T20Is before the IPL season resumes.

On this day in 1996: Sourav Ganguly enters record books on Test debut at Lord’s