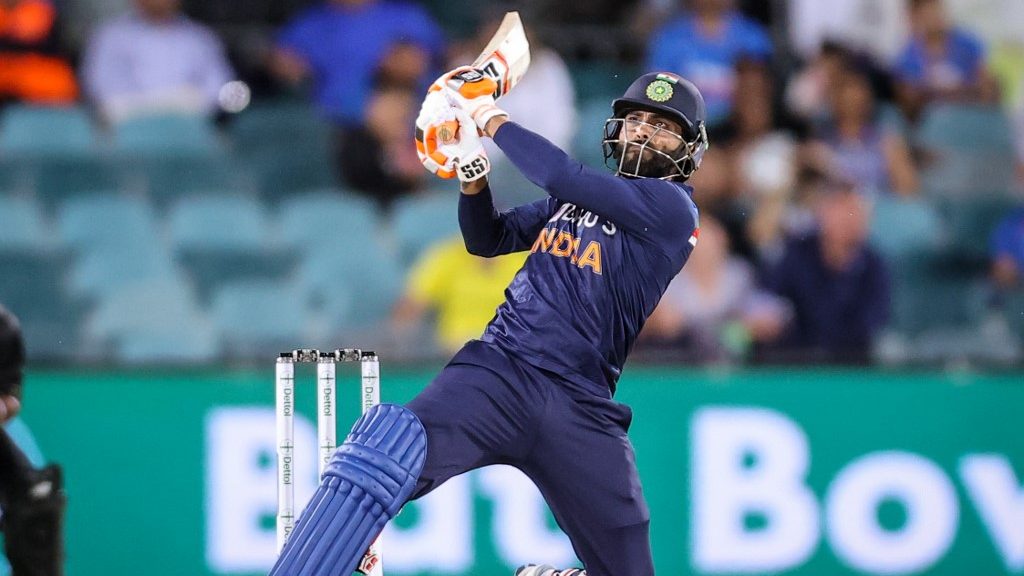 Ravindra Jadeja is one of the most important assets of the Indian side today. Jadeja can decimate any bowling attack with the willow, he can take crucial wickets with the ball and break partnerships with his crafty left-arm spin and most importantly, his fielding prowess is unmatched.

Jadeja also has featured in a staggering 191 IPL matches and has scored 2290 runs and picked up 120 wickets. And, it would not be an exaggeration to state that he is the best Indian all-rounder at present. And, with his superlative performances on the field, the cricketers also rake in massive amounts of money as well. In this article, let us take a look at Ravindra Jadeja’s Net Worth.

Ravindra Jadeja and his Net Worth

The Net Worth of Ravindra Jadeja is pegged at around INR 50 Crores. Jadeja earns an annual retainer sum of INR 5 Crores from the Board of Control for Cricket in India (BCCI), as he is a part of Grade A of centrally contracted players. Apart from the annual salary from the BCCI, Jadeja also earns INR 15 Lakhs for every Test he plays, INR 6 Lakhs for every ODI he features in, and INR 3 Lakhs for every T20I.

Apart from that, the left-arm spinner pockets a cool INR 7 Crores every year for rendering his services for the Chennai Super Kings (CSK) in the IPL.

Jadeja also has his own mansion in Ahmedabad and his house is currently valued at INR 8 Crores. He has also struck brand endorsement deals with Gujarat Tourism, Life OK, Incredible India and Zeven sportswear as well.

Here’s where Devon Conway is placed in ICC Test rankings