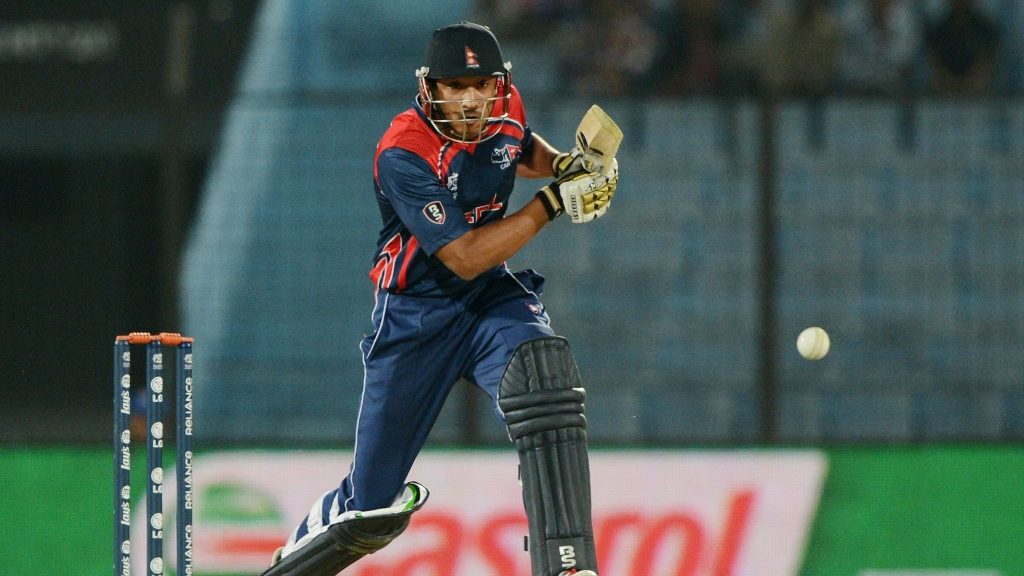 Nepal Cricket Association has decided to retire jersey number 77, used by Paras Khadka, as a mark of respect to their former captain. Khadka recently called time on his international career, having represented the country in 10 ODIs and 33 T20Is. Notably, only Pawan Sarraf used No. 77 at age-level cricket, but he changed to No. 22 after his senior debut.

Khadka, 33, started representing Nepal at the Under-15 level in 2002 and served as the national leader for a decade from 2009 to 2019. During his tenure, Nepal cricket rose in the global rankings and made a mark in the associate cricket by qualifying for the T20 World Cup in 2014, before acquiring ODI status in 2018. Khadka also has the distinction to lead Nepal to their first ODI series win, which came against UAE in January 2019. He led Nepal to 11 T20I wins in 26 games, and three ODI wins in six games.

With 799 runs in T20 Internationals and 315 in One-days, he is the leading run-scorer for his country, apart from also being the only player to have an international century in both formats. In the 44 List A appearances, Khadka scored 1497 runs at 35.64 with three centuries and nine half-centuries, while he had 1317 runs in T20 cricket.

Playing for Nepal has been my biggest achievement: Paras Khadka

“Playing for Nepal has been my biggest achievement and for that, I will always be indebted towards my coaches, players, fans, stakeholders, friends and family for their continuous support over the last 18 years since I started as a young 15-year-old, back in 2002,” Khadka said in a statement on his Twitter account earlier this week.

“Why now? Because it’s about time. As a cricketer, I have given my heart, blood and soul and have always dreamt to achieve better for my country. My ultimate dream is to see Nepal have a better cricketing system for which I have spent all my energy in the last two decades and to improve it will require equal support from everyone in the cricketing community and beyond.”

“I believe with everyone’s honest effort and intention; we will be able to do so.”