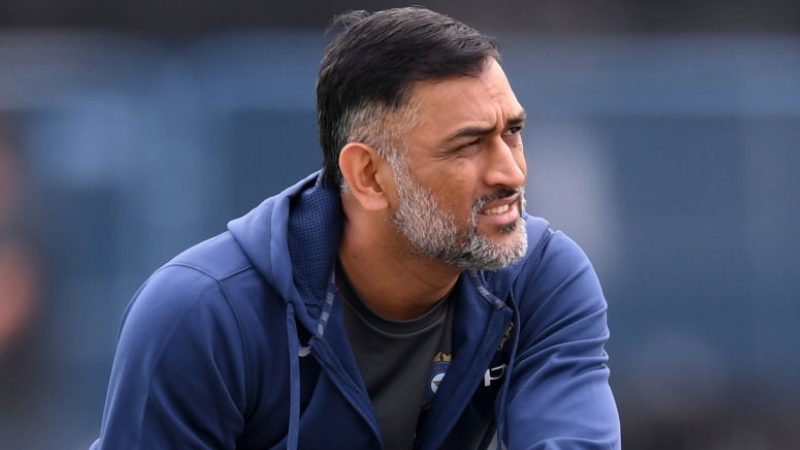 MS Dhoni won’t charge a single penny for serving the Indian team as a mentor during the upcoming ICC T20 World Cup 2021. Secretary of the Board of Control for Cricket in India (BCCI), Jay Shah made the massive revelation himself. Dhoni, who retired from international cricket last year, was roped in as India’s mentor for the global event.

Having led India in all six previous editions of the T20 World Cup, Dhoni has a plethora of experience behind his back which would help Virat Kohli and his men. Hailed as one of the sharpest thinkers of the game, the former Indian skipper can assess the situation very well and his unorthodox tactics and strategies have been spot-on more often than not.

Hence, his presence in the dressing room would definitely take off some burden from skipper Kohli’s shoulders. While Dhoni would be delighted serving India in a different role, the wicketkeeper hasn’t demanded a single penny for his services. The development was confirmed by Jay Shah.

MS Dhoni is not charging any honorarium for his services: Jay Shah

“MS Dhoni is not charging any honorarium for his services as the mentor of the Indian team for the T20 World Cup,” the BCCI Secretary Jay Shah was quoted as saying by News18. The news didn’t take long in going viral as fans hailed the 40-year-old for his decision.

Meanwhile, Team India will kick-start its T20 World Cup 2021 campaign against arch-rivals Pakistan on October 24. Having done exceptionally well in the shortest format lately, the Virat Kohli-led side is touted as one of the favourites to lift the prestigious. After, the side is studded with T20 stalwarts. Still, there are some issues to be resolved.

With Hardik Pandya not bowling a single over in the Indian Premier League (IPL) 2021, Team India’s first-choice combination isn’t certain. Dhoni is expected to play a major role in such decision-making. Meanwhile, the veteran cricketer is currently eyeing to take Chennai Super Kings to their fourth IPL title. Having already secured a place in the finals, the three-time champions will meet either Kolkata Knight Riders or Delhi Capitals in the summit clash.

Consistent run-machines: Three players to score 600-plus runs in an IPL season thrice

No one explained to me why I was dropped as the SRH captain: David Warner