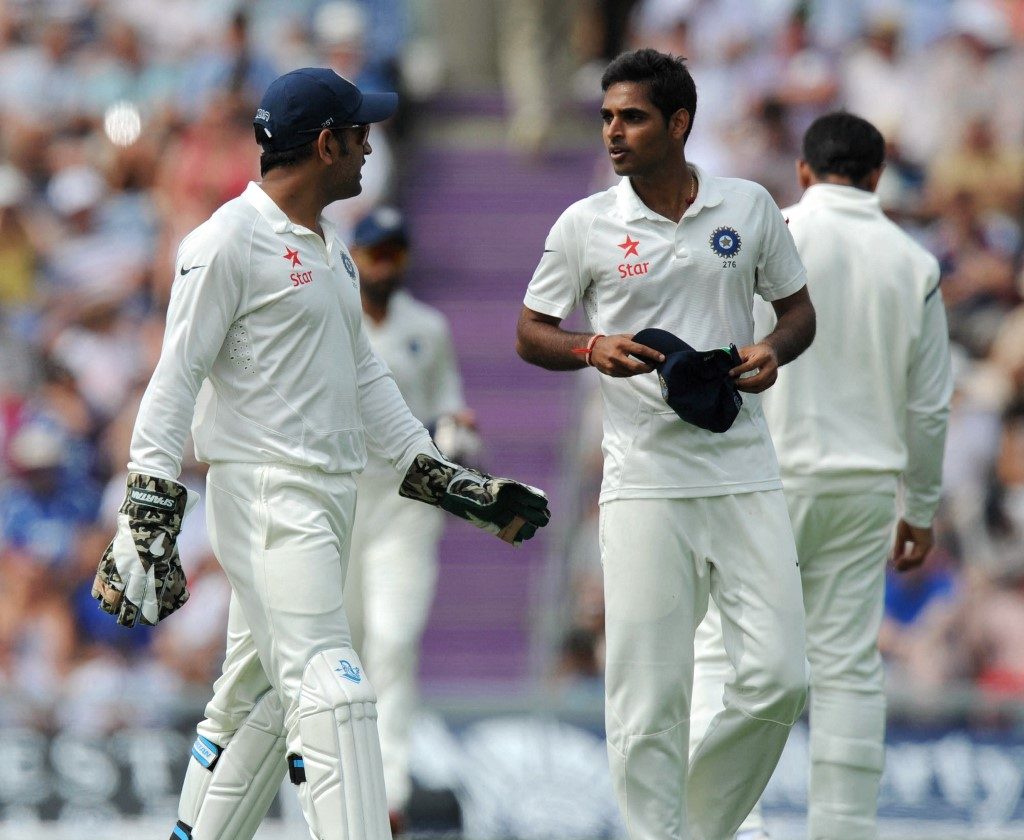 India’s pace bowler Bhuvneshwar Kumar is currently in Sri Lanka to be part of the India team that will face Sri Lanka in a limited-overs series. Kumar has joined the contingent as the vice-captain of a relatively younger squad as the main team is in England to square off against the home side in a Test series. As the world celebrates the ‘world social media day’, the ace pacer also recalled one of his fondest social media memories.

Kumar talked about a memory where he shared a picture with India’s legendary skipper MS Dhoni. The pacer posted the picture with Dhoni after he announced his retirement from international cricket in August 2020. In a video shared by BCCI’s official Twitter, Kumar threw light on how MSD will always be a special person for him.

“This image I posted when Mahi Bhai retired from international cricket. Everyone knows what sort of player he was, but the kind of human being he is, that is why I posted something for him. If you speak to anybody about Dhoni, they will all tell you about how helpful he is. He always gives guidance to all the youngsters,” said Kumar in the video.

Bhuvneshwar Kumar opens up on his bond with MS Dhoni

Today on #SocialMediaDay, @BhuviOfficial relives some of his favourite Insta memories 👍

Bhuvi talking about @msdhoni & his beloved dog is all heart ❤️#TeamIndia pic.twitter.com/4boMPZvlF5

Talking of Dhoni’s legacy, he was the only skipper to grab all the ICC trophies under his belt. He led India to a T20 WC victory in the inaugural edition itself. It was followed by the victory in the 2011 ODI World Cup and ultimately, he guided the team to Champions Trophy in 2013. He announced his retirement in the utmost silent manner in August 2020 through a simple social media post and couldn’t even receive a farewell game.

Talking about Bhuvneshwar, he would be next playing against Sri Lanka in a white ball series. It has to be noted that the Indian team is currently fielding two sets of 11 players simultaneously as the main squad is in England. Shikhar Dhawan would be leading the side and it remains to be seen if India can fetch victory on the island nation.

ENG vs IND: Shubman Gill likely to be ruled out of the first Test