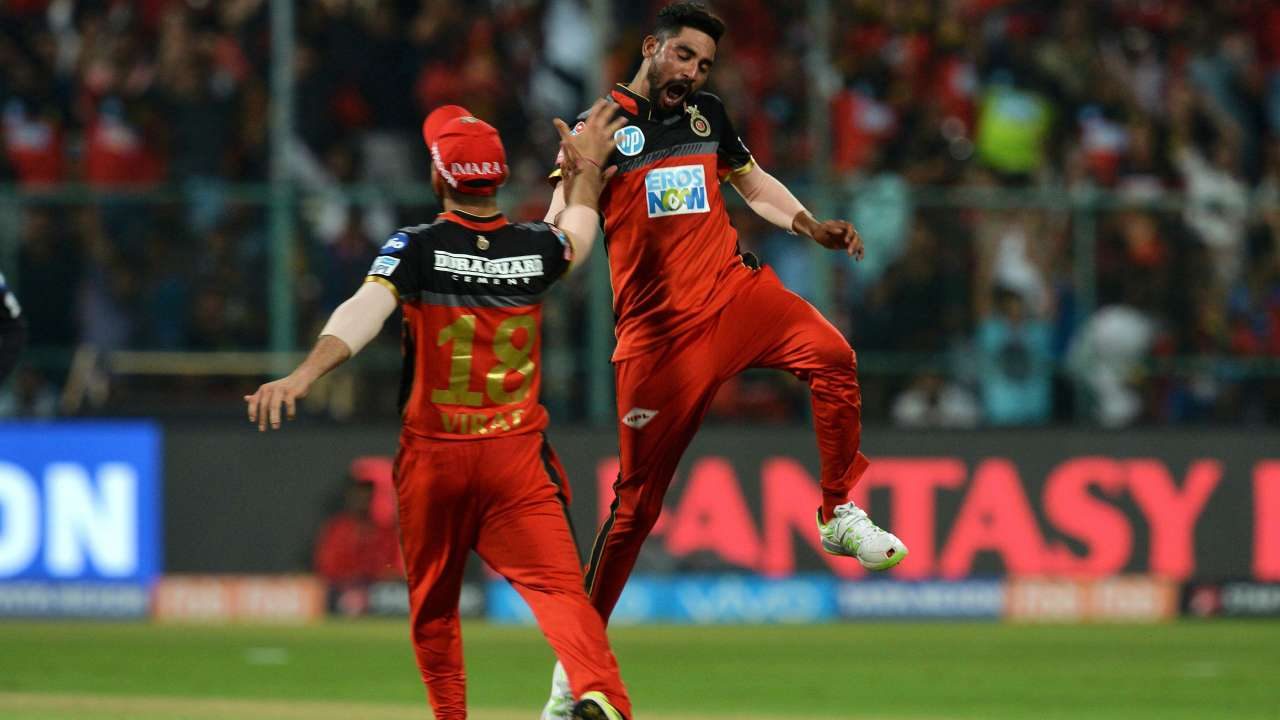 Mohammed Siraj has emerged as one of the best fast-bowlers in the country in the last few months. In the past year, he has become a leading pacer of his IPL team, Royal Challengers Bangalore, made his Test debut for India, led the attack of his national team in an away series win, and impressed everyone.

Through this time, Siraj has the fortune of being led by Virat Kohli, who is often known as a fast bowler’s skipper. The young pacer shares a good bond with his captain, having played alongside him in the IPL and for the Indian team. In a recent interaction, he revealed a story from the time when Kohli visited him home.

Siraj recalled the incident when Kohli was coming to Hyderabad and was invited by the pacer to his house. Upon landing the skipper complained about the stiff back and said that he would not be able to come. However, he still made time for the youngster and visited him with some of the other RCB players, such as Yuzvendra Chahal and Washington Sundar.

“I asked Virat Kohli Bhai for dinner at my home, he was very gracious & accepted the invitation. The moment we landed, Virat Bhai said he had a stiff back, so they won’t come. I did get a little upset, but he came and I hugged him when I saw him there, that was surreal too,” Siraj told Cricbuzz.

Siraj made his Test debut in Australia and has had a great start to his career. He has featured in five Tests and picked up 16 wickets at an average of 28.25. He is currently with the Indian team, which is playing the final of the ICC World Test Championship against New Zealand in Southampton.

Despite an impressive start to his career in Tests, Siraj was not selected for the WTC final’s XI, with India depending on an extra spinner and the experienced trio of pacers. He will be with the squad for the five-match Test series against England, which starts in August 2021.

On this day in 2013: India clinch a thriller against England in Champions Trophy Final