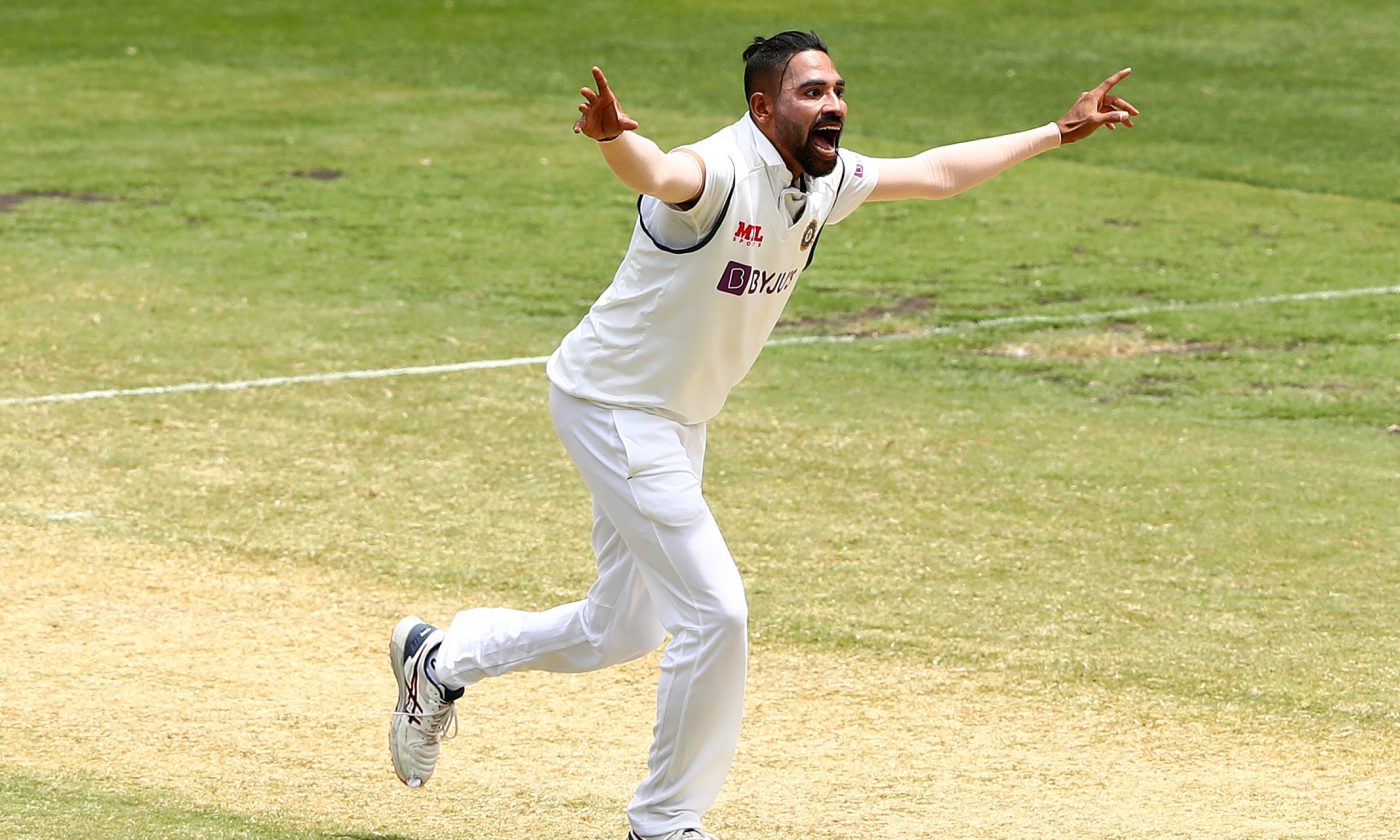 Indian pacer Mohammed Siraj is a cricketer who expresses himself to the fullest on the field. Siraj was seen glaring at England batsmen in the ongoing Test series and was even seen shushing them after dismissing the England willow wielders as well.

Former Indian cricketer, Deep Dasgupta has opined that Mohammed Siraj is a bowling avatar of Rishabh Pant. Dasgupta reasoned that Siraj has an attacking mindset just like Pant.

“Mohammed Siraj was standout. The thing I like about Siraj is that he, according to me, is the bowling avatar of Rishabh Pant. He has an attacking mindset like Pant. There will be days or spells where he might leak runs. But as I say for Rishabh Pant that you need to be patient with him, same applies to Mohammed Siraj,” said Dasgupta on YouTube.

Deep Dasgupta further opined that Siraj’s attacking mindset is his speciality, and that is why people should be patient with a cricketer like Siraj. Dasgupta concluded by stating that a player like Siraj needs to be encouraged.

“Even if he gives away runs, there is a need to be patient because his attacking mindset is his speciality. There might be days or spells where he would frustrate you but you will need to stay patient and encourage him,” concluded Dasgupta.

The final day of the second Test match between England and India is set to be an intriguing one. At the end of the fourth day, the Indian scorecard reads 181/6, and Rishabh Pant and Ishant Sharma were occupying the crease. India currently leads England by 154 runs.

Veteran batsmen Cheteshwar Pujara and Ajinkya Rahane played important knocks for the Indian side in the second innings. While Rahane scored 61 off 146 deliveries, Pujara consumed 206 balls and scored 45 runs. Mark Wood was the bowler who stood out with the red cherry for the England side. The right-arm pacer scalped 3 wickets and leaked 40 runs in his 14 overs. Moeen Ali scalped a couple of wickets as well.