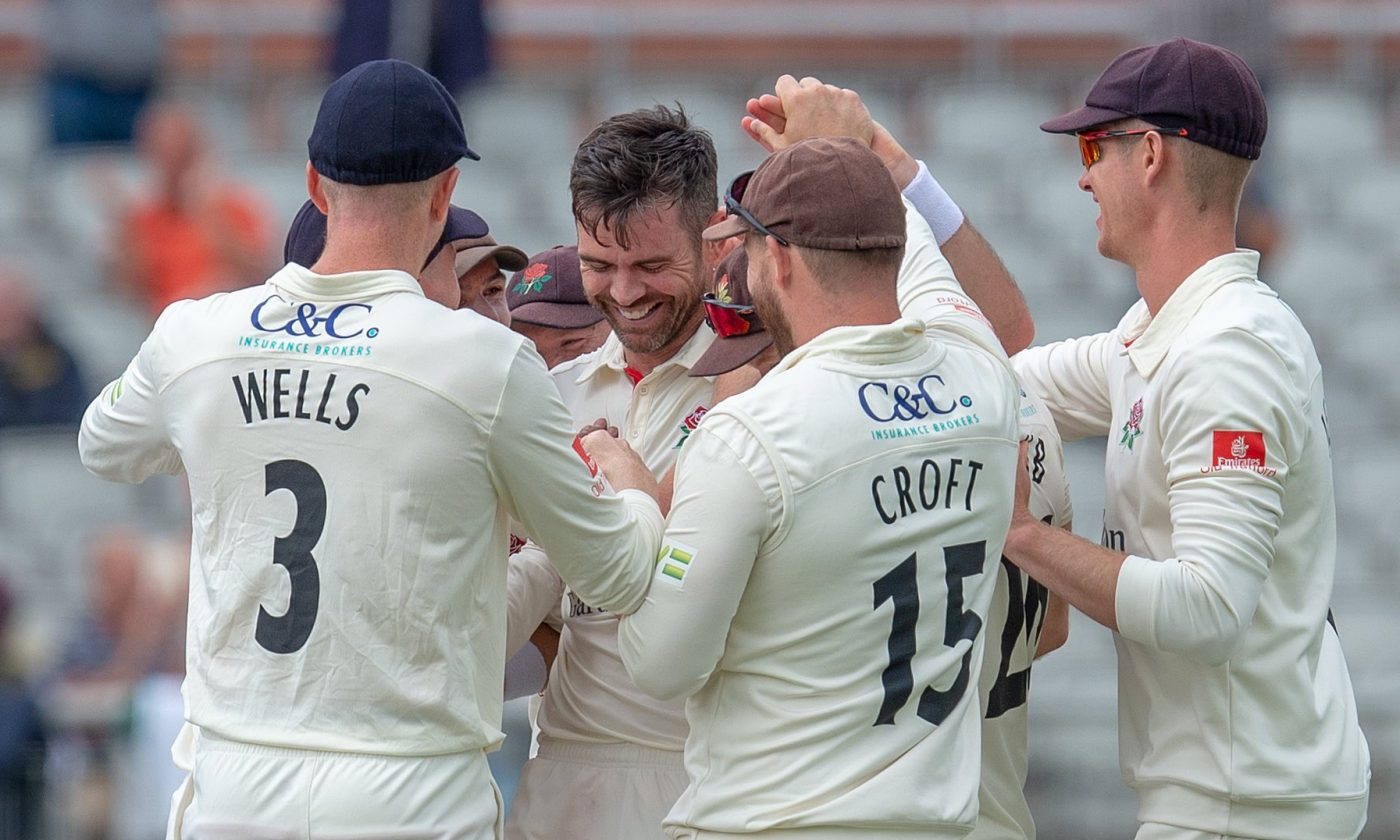 England pacer James Anderson scripted history during the County Championship 2021 match by completing 1000 wickets in his first-class career. In the clash against Lancashire, the Kent team was dismissed for only 74 runs in 26.2 overs. Veteran Lancashire pacer James Anderson wreaked havoc with his figures of 7/19 in 10 overs which included 5 maidens.

Before this match, James Anderson had picked up 995 first-class wickets and needed five more scalps to reach the landmark of 1000 wickets. The kent batsmen looked clueless against the legendary pacer as he picked up the first five wickets of their innings by the 13th over. With this, Anderson also achieved the massive milestone of 1000 wickets.

Let’s look at all the important stats and numbers after Anderson’s landmark:

1 – Among all the active players, James Anderson is the only cricketer to complete 1000 FC wickets. Next on the list is Tim Murtagh with 869 wickets who is also competing in the current County Championship for Middlesex.

216 – Overall, Anderson is the 216th player to complete 1000 wickets in FC history. The all-time record for most FC wickets belongs to Wilfred Rhodes who picked up 4204 scalps in 1110 matches.

2019 – The last player before Anderson to reach the milestone was Sri Lankan spinner Dinuka Hettiarachchi. He completed 1000 wickets in May 2019 while playing for Police Sports Club in Premier League Tournament Tier B.

2005 – Among the fast bowlers, Andrew Caddick was the last one to complete 1000 FC which he achieved while playing for Somerset in County Championship 2005. Caddick picked up a total of 1180 wickets in his first-class career. His last match was against Warwickshire in 2009.

7/19 – Anderson also registered his best bowling figures in his first-class career during this match against Kent. Before this, he had picked up 7 wickets for 42 runs against West Indies in 2017.

1 – Among the players who made their debut in the 21st century, James Anderson is the first bowler to complete 1000 wickets in first-class cricket.

51 – Anderson now has 51 five-wicket hauls in First-Class cricket. No other player who made their debut in the 21st century has picked up 50 or more fifers. The last bowler to complete 50 fifers in FC cricket was Sri Lankan spinner Sajeewa Weerakoon.

617 – Anderson’s highest tally of FC wickets (617) has come while playing for England in Tests, followed by Lancashire (339).