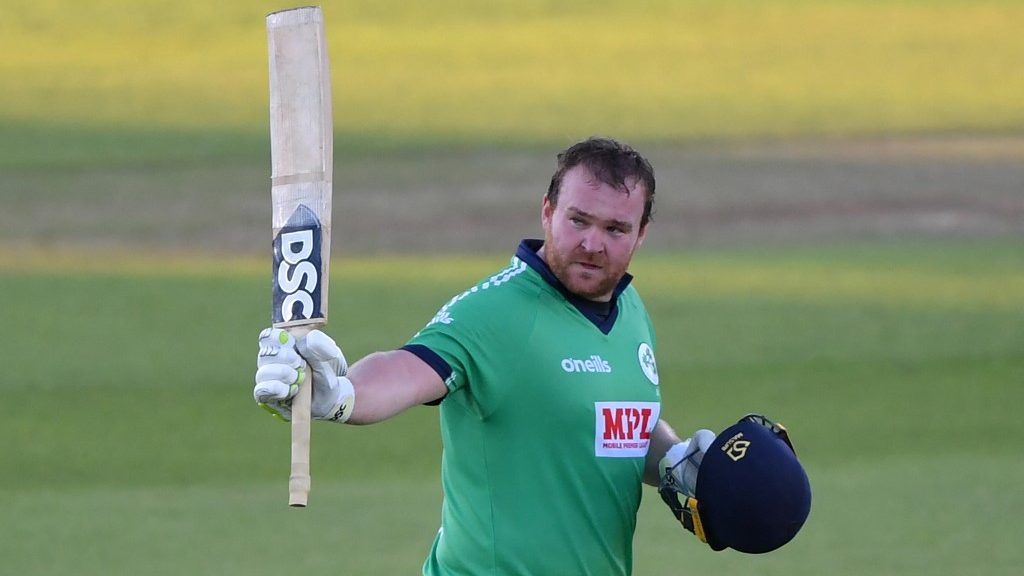 Former Indian opener Virender Sehwag is one of the most destructive batsmen to have stepped onto the cricket field and his numbers speak volumes of his brilliance. Regardless of the format or condition, the dasher followed one policy – see the ball, hit the ball. Although his approach wasn’t traditional or unorthodox, it earned Sehwag a lot of success guided India to numerous memorable triumphs.

He’s also credited for revolutionizing the role of an opener.  With Sehwag instilling fears in bowlers’ minds, many budding cricketers idolized him while growing up and Ireland’s Paul Stirling is no different. In a virtual interaction arranged by the International Cricket Council (ICC), Stirling revealed he looked up to Sehwag and Australia’s Damien Martyn in his formative years. He also recalled the days when he tried to copy Sehwag.

I loved Virender Sehwag’s play through the off-side: Paul Stirling

“I probably had two batsmen that I loved watching, one was Damien Martyn, he was nice to look up (to), pleasant on the eye, aesthetically pleasing, someone I can never emulate, and Virender Sehwag, the other one I watched,” said Stirling.

“(I) loved his play through the off-side (and) tried to copy a lot of his stuff, not very well be it, but (I) loved watching those two bat, and used to watch Test cricket at home, which was not really the normal thing to do in Belfast as a 10-year-old,” added Stirling, who has played 134 T20s, 3 Tests and 86 T20s,” he added.

Like Sehwag’s, Stirling’s technique and feet movement have always been a hot topic of discussion. Speaking of the same, the Irish opener said he tries to stay away from the criticism and concentrate on his game.

“It is something that you learn as you go on, there would be a lot more noise for Sehwag than there will be for me. I just think it doesn’t, it shouldn’t affect your performance, it only affects your performance, if you actually take it in from outside, it doesn’t help in any way,” he added.

Meanwhile, Stirling will next be seen plying his trade for Ireland in the upcoming T20 World Cup 2021. The veteran opener has been among the runs lately and would like to shine in the global event as well.

IPL 2021: Chris Gayle leaves bio-bubble to refresh himself ahead of T20 World Cup