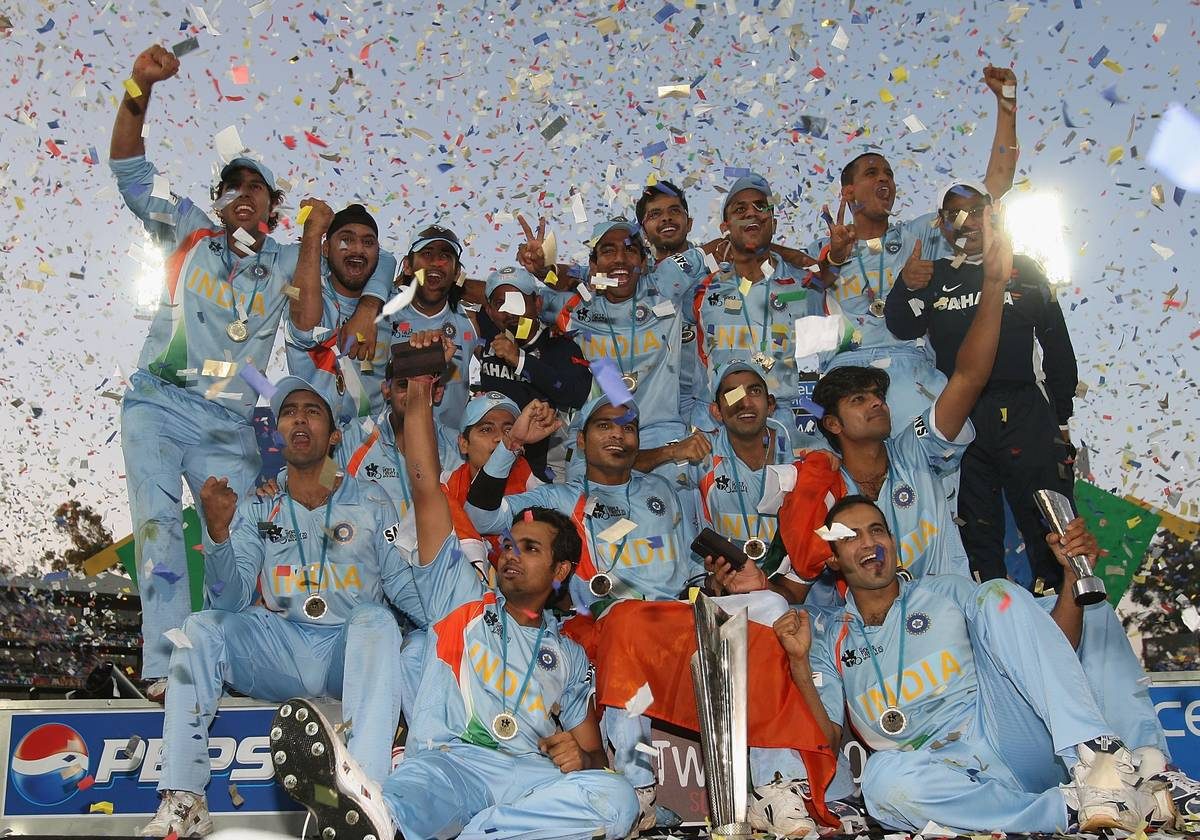 September 24, 2021, marks the 14-year anniversary of India’s victory in the inaugural edition of the T20 World Cup in 2007. India created history in South Africa by lifting the T20 glory under the captaincy of first-time captain MS Dhoni. However, later, Dhoni led India to all the ICC Trophies under his rule.

As India celebrates 14 years of its T20 glory, London-based One One Six Networks have announced their maiden project ‘Haq se India’ movie which will be based on India’s heroics in the World T20, 2007. CEO of One One Six Network Gaurav Bahirwani along with London-based stock specialist Jaideep Pandya has shaken hands with Mumbai director and filmmaker Saugat Bhattacharya to create a masterpiece.

The film is all set to be released on OTT platforms and will add a new element to the style of storytelling. The cherry on the cake will be an excellent music track produced by the duo Salim-Sulaiman for this project. The movie will be an awaited piece due to various elements.

2007 T20 WC victory was special for India in several ways

India’s win at T20 WC in 2007 marked India’s dominance in world cricket. It also gave India a very powerful leader in MS Dhoni, who later went on to become a legendary skipper. He retired after leading India to all the three ICC trophies and stands to be the only skipper in the world to have all three glories in his cabinet. Yuvraj Singh hit six sixes in the same tournament against Stuart Broad and fans have not been able to get over it even now.

“If 1983 made us the world champions for the first time, then 2007 marked the beginning of our dominance in world cricket, and it continues. Haq Se India is the celebration of our heroes from the 2007 T20 world cup squad. I am very excited to start our celluloid journey with this special project and I sincerely hope that this film and our title track will win the hearts of the audience,” said Gaurav Bahirwani Founder and CEO of One One Six Network Limited.