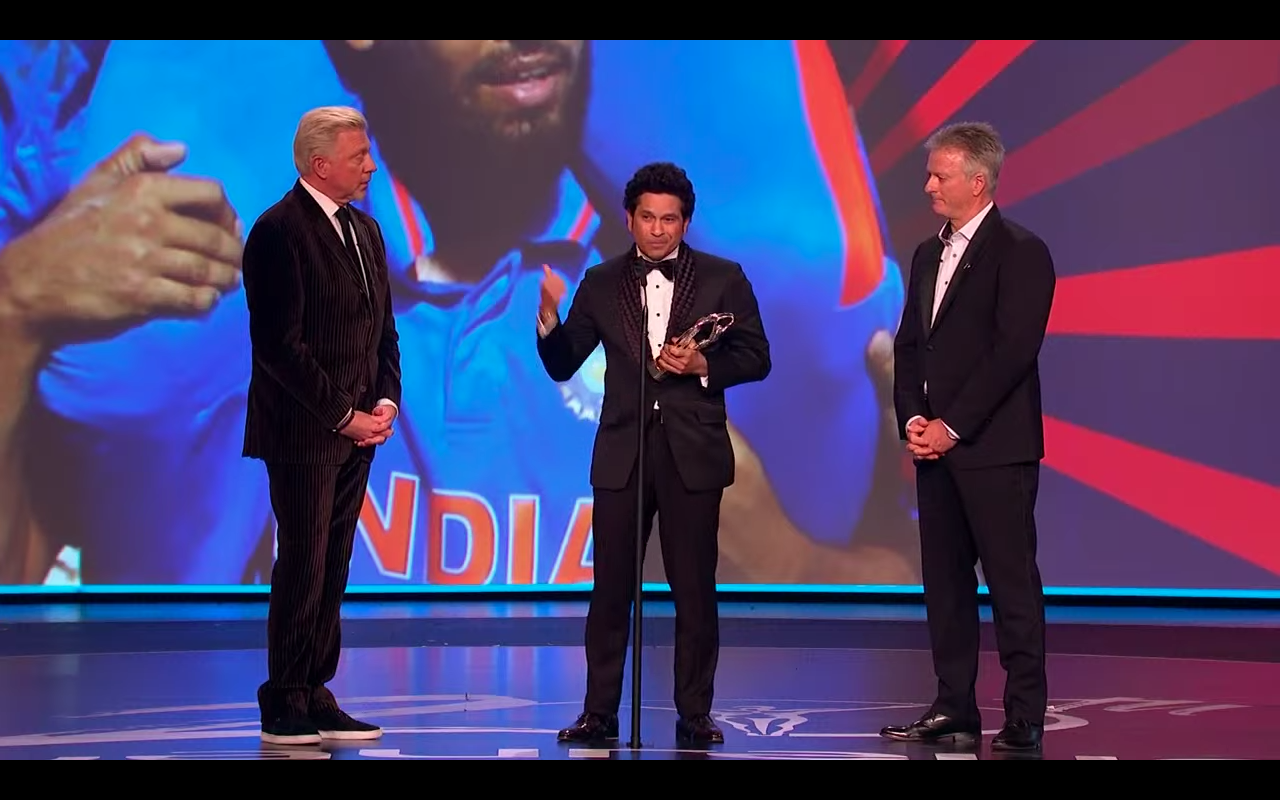 The moment titled ‘Carried on the Shoulders of a Nation’ was among the five nominated entries for the greatest sporting moment from the year 2000 to 2020. Post India’s historic win at Mumbai’s Wankhede Stadium in on April 2, 2011, Tendulkar was carried by his teammates on their shoulders and honoured with a victory lap.

It was truly one of the most memorable moments in India’s cricketing landscape, one that will be remembered by cricket fans around the globe for generations to come.

Carried on the Shoulders of a Nation, the Little Master led India to their first World Cup since 1983 in 2011, at his sixth and final attempt ?

As voted for by you, he is the ultimate Laureus Sporting Moment 2000 – 2020 ?#Laureus20 #SportUnitesUs pic.twitter.com/zFZpM8qD3j

SACHIN HAS WON! ???@sachin_rt wins the @LaureusSport award for ‘Carried on the shoulders of a nation’ as the best sporting moment 2000-2020!#LaureusForSRT #LaureusAwards pic.twitter.com/WevnOMvWHR