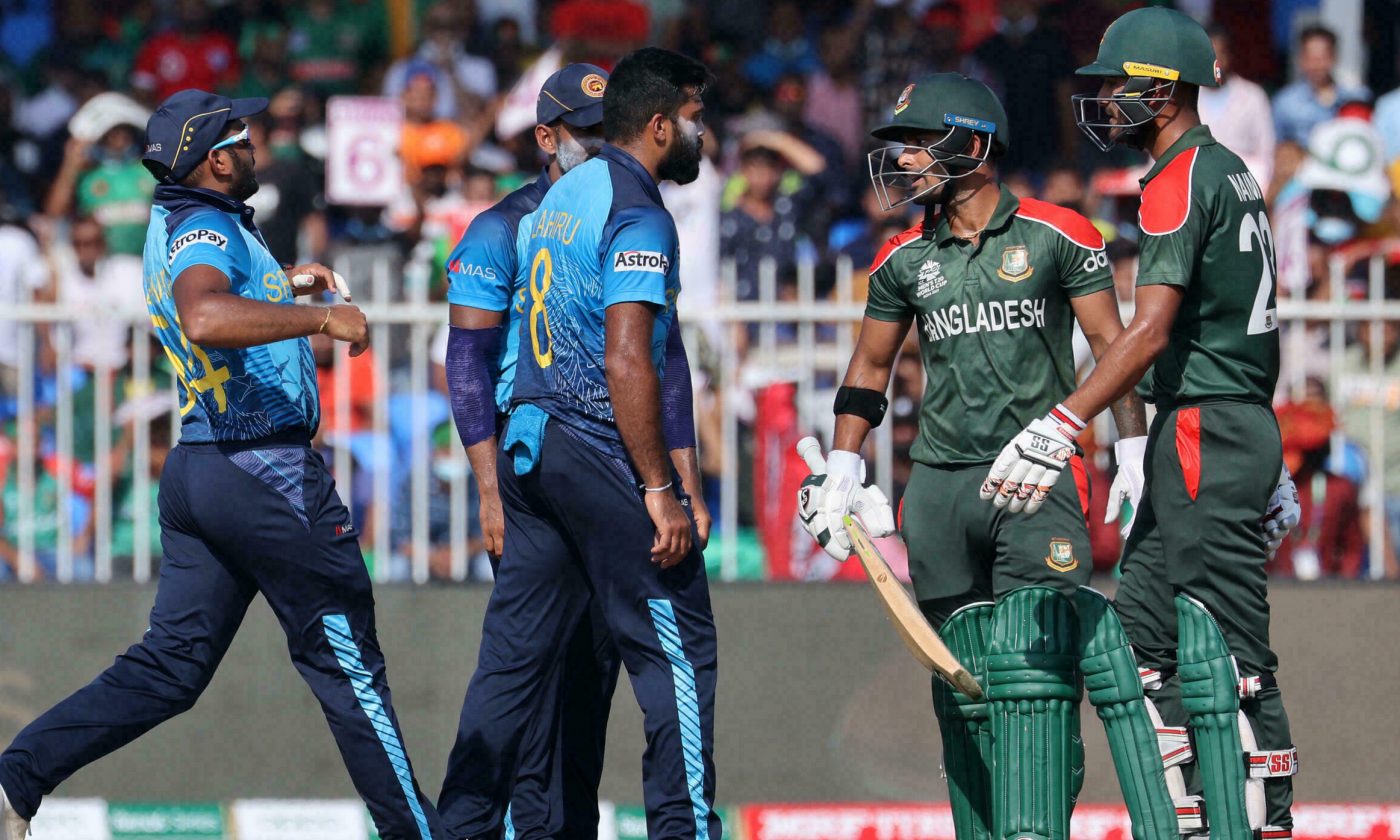 In the recently concluded Group B, Super 12 game of the ICC Men’s T20 World Cup 2021 between Sri Lanka and Bangladesh on Sunday in Sharjah, Sri Lankan bowler Lahiru Kumara and Bangladeshi batter Liton Das Kumar were both fined for breaching level 1 of the ICC Code of Conduct for Players and Player Support Personnel.

Pacer Lahiru Kumara was found guilty of breaching Article 2.5 of the ICC Code of Conduct for Players and Player Support Personnel, which relates to “Using language, actions or gestures which disparage, or which could provoke an aggressive reaction from a batter upon his/her dismissal during an International Match.”

Liton Das was found guilty of breaching Article 2.20 of the ICC Code of Conduct for Players and Player Support Personnel, which relates to “Conduct that is contrary to the spirit of the game”.

The incident occurred in the fifth over after the dismissal of batter Liton Kumar Das in the Bangladesh innings. After he dismissed the batter Das, Lahiru Kumara walked towards him using actions and words which provoked an aggressive reaction from the batter. Having been provoked by the bowler Kumara, Das reacted aggressively and in a manner which was contrary to the spirit of cricket.

Javagal Srinath of the Emirates International Cricket Council Elite Panel of Match Referees imposed the sanctions, which were ratified by the ICC Cricket Operations department as per the COVID-19 interim playing regulations. Kumara and Das both pleaded guilty to the offences and accepted the proposed sanctions, so there was no need for a formal hearing.