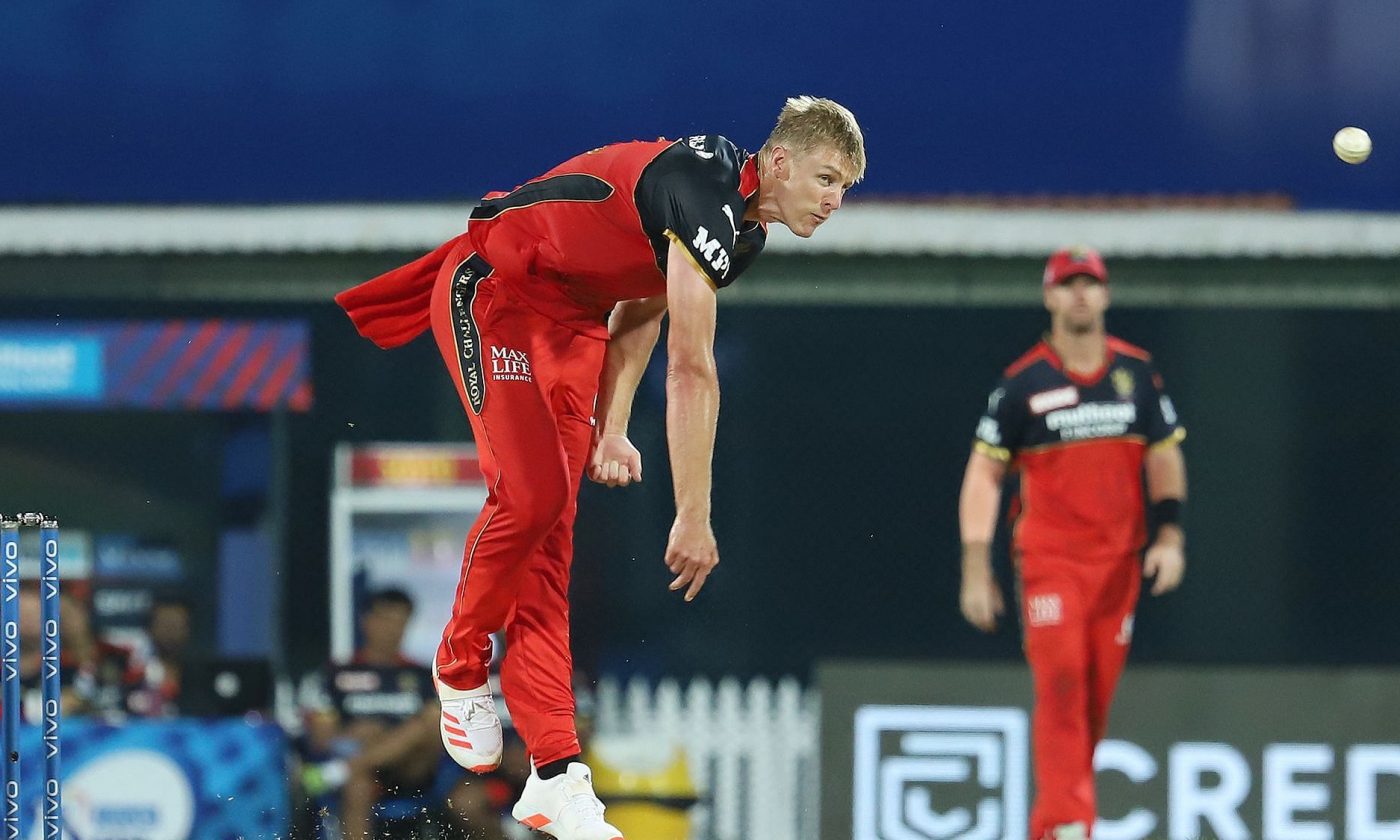 New Zealand pacer Kyle Jamieson has been receiving praises from worldwide for his spectacular show in the ICC World Test Championship final against India. The tall and lanky fast bowler made the red cherry talk and took a total of seven wickets in the game which also includes a five-wicket haul. Riding on his efforts, the Kiwis won the contest by eight wickets and lifted the prestigious title at the Ageas Bowl in Southampton.

While Jamieson troubled most of the Indian batsmen, his battle against Virat Kohli hogged the maximum limelight. The Indian skipper fell prey to the youngster not once but twice in the summit clash. Interestingly, Jamieson and Kohli shared the Royal Challengers Bangalore (RCB) dressing room in the now-postponed Indian Premier League (IPL) 2021.

The duo allegedly had a famous interaction during the tournament where Kohli asked the Kiwi pacer to bowl at him with the Dukes ball in the nets. Australian all-rounder Daniel Christian narrated the controversial story in an interaction, claiming that Jamieson had refused his captain’s offer. Reacting to the whole episode, Jamieson contradicted Christian’s description and said that the veteran presented made-up stuff to make the story interesting.

“No, it wasn’t so much him asking. I think it was Dan just sort of adding some stuff for a good story. We were just talking about it at the start of the IPL with the cricket coming up with our UK tour and theirs as well and I mentioned that I had some dukes balls, he had some dukes balls as well,” Jamieson said in a conversation with Sporting News.

There was no specificity around me bowing to Virat Kohli or, or giving him a look: Kyle Jamieson

“He just said look at the back end if we want to do some training, we’ll do that but there was no specificity around me bowing to him or, or giving him a look, but whether he was insinuating something that’s something he could tell you but obviously quite a funny story that’s unfolded,” he added.

Foes will become friends again as Kohli and Jamieson will reunite for the remaining half of IPL 2021, which will get underway in September in UAE. Having won five of their seven games, RCB were third in the team standings at the time of season suspension and would like to continue their sensational run.

Leading from the front: Most ODI runs by an Indian captain