Kohli has not shown the patience that England bowlers have shown against him: Sanjay Bangar 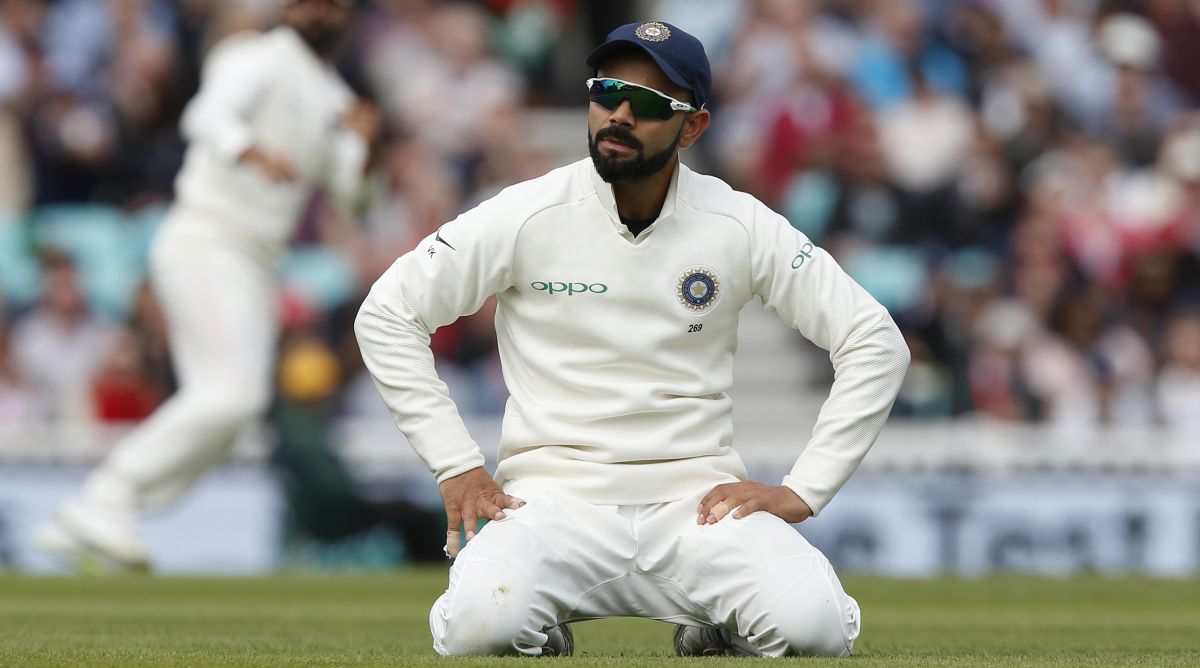 Former Indian cricketer Sanjay Bangar reckoned that Virat Kohli needs to show a bit more patience to succeed against the England fast bowlers. In the ongoing five-match Test series on English soil, the 32-year-old Virat has managed only 124 runs at an average of 24.80.

I feel he is playing the sixth or seventh stump delivery: Sanjay Bangar

“The bottom line as far as I am concerned is that Virat Kohli has not shown the patience that England bowlers have shown against him. That was the only difference,” Bangar was quoted as saying while speaking on Aakash Chopra’s YouTube channel.

Bangar said that Kohli has been chasing balls, which he should be leaving alone. The veteran also talked about a tweak in his batting technique in order to arrest his slump in the series.

“He has not got out defending a lot of times. He has gone towards the ball in all his dismissals. If you see his dismissals from 2014, he did not get out playing the drive as many times as he got out defending. I feel he is playing the sixth or seventh stump delivery, which is not required to be played. He needs to check his position when the ball gets released,” Bangar added.

Earlier, Sanjay Manjrekar, another former Indian cricketer, said that Virat’s troubles in the series will continue if he doesn’t leave balls outside the off-stump. Nasser Hussain, the retired England skipper, was of the opinion that Kohli has been caught in two minds whether to play or leave deliveries.

Hussain said that while Virat has countered the old ball pretty efficiently, he has strained against the late swing generated by the new ball. With the series level at 1-1, the fourth Test is scheduled to get underway on September 2 at the Kennington Oval in London. Manchester will host the fifth and final Test from September 10.

Joe Root wants England to be ‘ruthless’ in The Oval Test