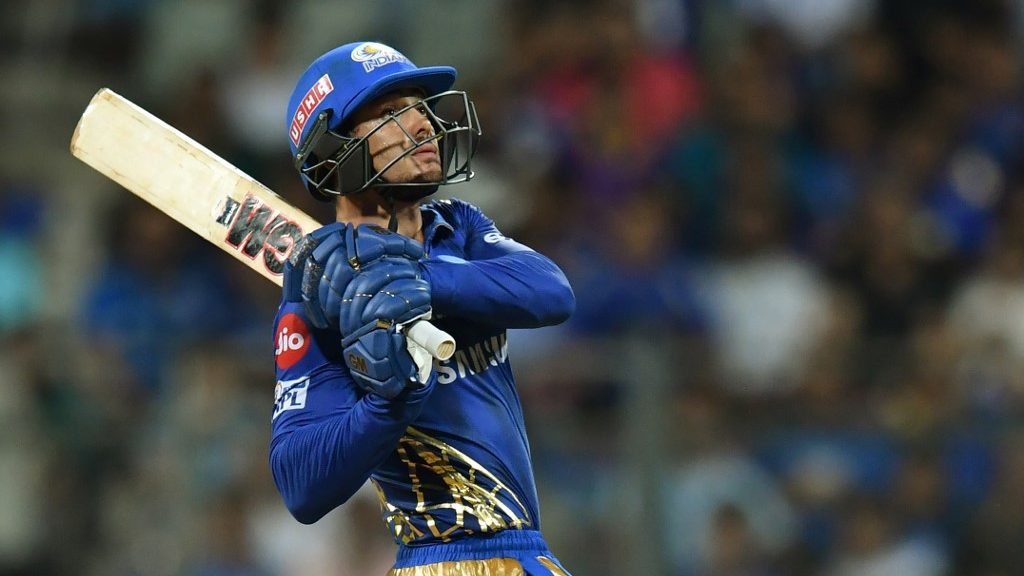 Cricketing milestones, rise through the ranks, trials and tribulations and their glamorous lifestyles – we cover it all in ‘Know Your Player’, a brand-new section aimed at keeping you updated with everything you need to know! In this edition, we take a look at the South African dasher, Quinton de Kock. Keep watching this space for a new superstar every time!

Quinton’s cricket talent was spotted at a very young age as he shone at the school level. His exemplary performances both with the bat and as a wicketkeeper in the 2012 Under-19 World Cup brought him into the senior team contention. He also sparkled in the Champions League T20 tournament while representing Highveld Lions. Indian franchisees noticed the talent and he soon earned an IPL contract. De Kock also made his international cricket debut in 2012 and soon cemented his position in the team with batting prowess.

De Kock was bought for $20,000 by Sunrisers Hyderabad in 2013. After a disappointing first season, he moved to Delhi Daredevils. He was a part of the Delhi Daredevils team till 2017. Spending one season with Royal Challengers Bangalore, De Kock switched to Mumbai Indians. He was the highest run-scorer for the Mumbai Indians in the 2019 IPL season.

The 27-year old married his girlfriend, Sasha Hurly, in September 2016. Quinton regularly shares moments from his life on his social media handle. The South African cricketer is fond of fishing and one glance at his Instagram profile confirms his obsession. His modest introduction of himself is, “An average cricketer…but at least a better fisherman!✌️✌”.