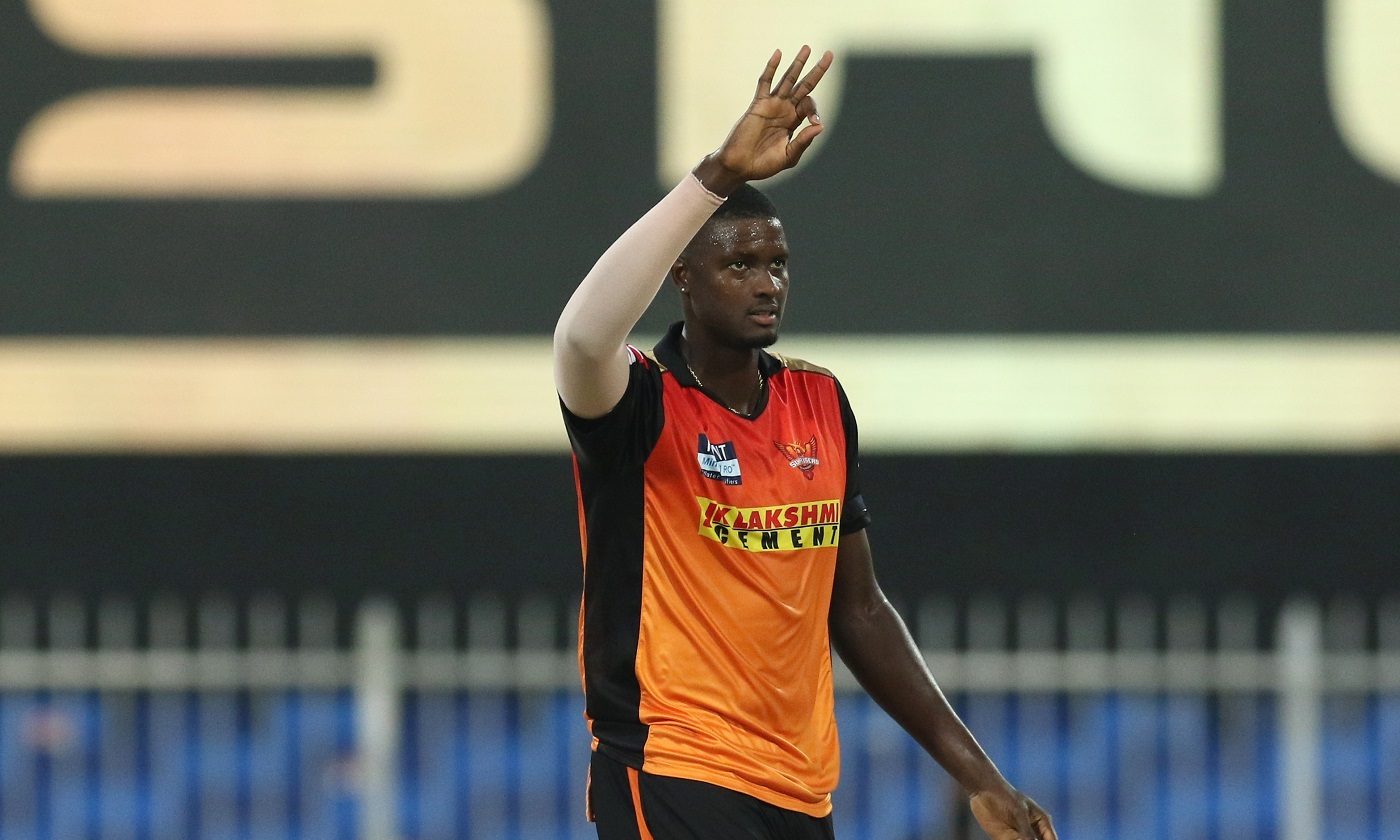 Cricketing milestones, rise through the ranks, trials and tribulations and their glamorous lifestyles – we cover it all in ‘Know Your Player’! In this edition, we take a look at the West Indian all-rounder who carried the responsibility of Test captaincy at a very young age, Jason Holder. Keep watching this space for a new superstar every time! 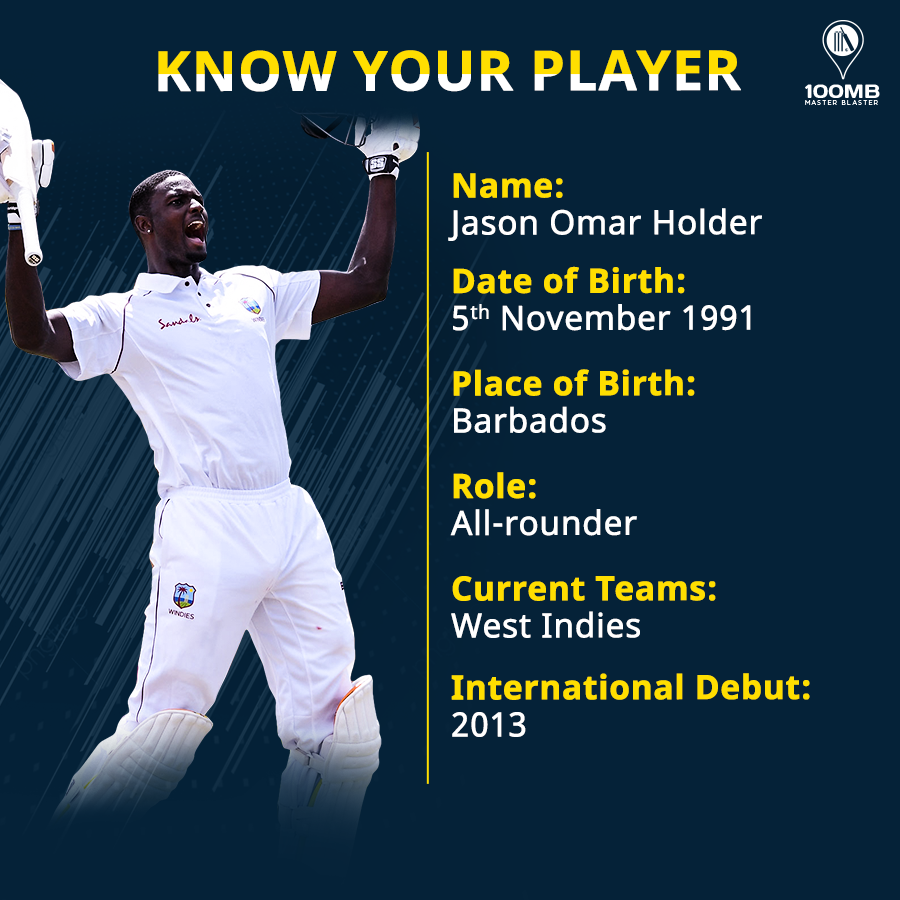 Born in Barbados, Holder began his career as a tall right-arm medium-fast bowler. He won the Lord Gavron Award in 2009 for his outstanding Under-19 performances for Barbados. He represented West Indies in the 2010 Under-19 World Cup and ended as team’s highest wicket-taker. It took him three more years to get into the senior side but there he impressed with his all-round performances. When payment issues saw senior West Indian cricketers backing out in 2014, Holder was given the captaincy at a very early stage in his career. He hasn’t looked back since. 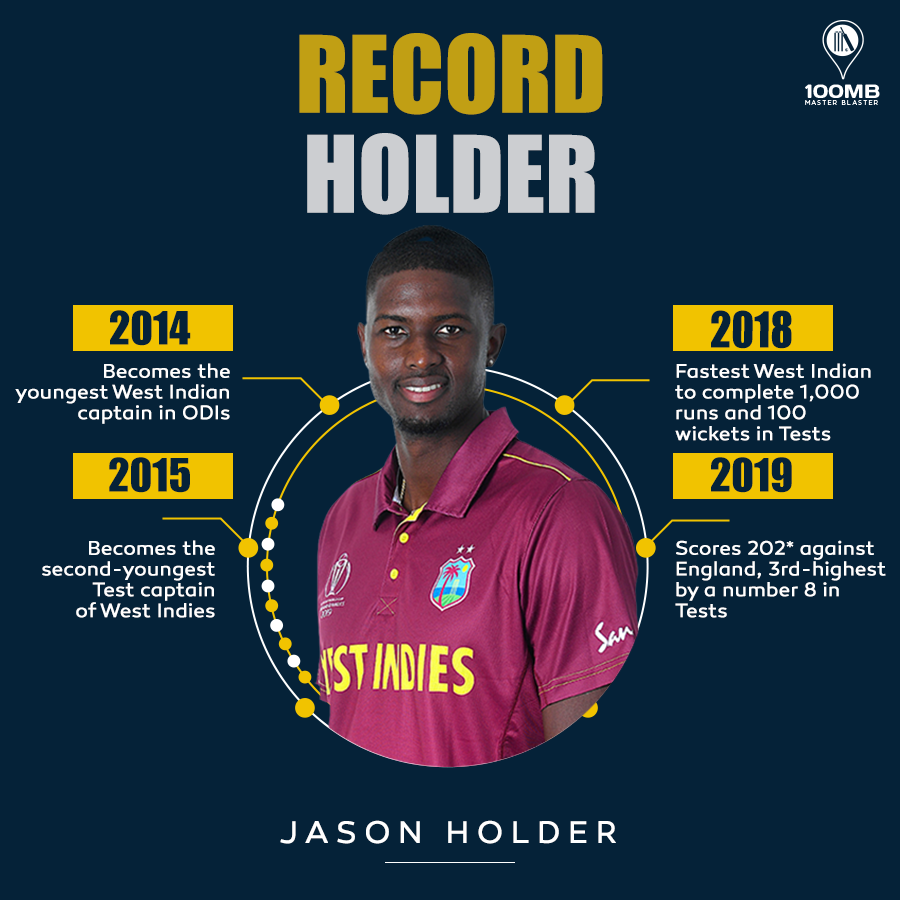 The Caribbean all-rounder has been a part of the IPL since 2013 but the teams have not been able to do justice to his talent. He was a part of the Chennai Super Kings from 2013 to 2014, Sunrisers Hyderabad in 2015 and Kolkata Knight Riders in 2016. He played a total of 11 matches in all these seasons. In 2020, he was signed up by Hyderabad as Mitchell Marsh’s replacement. Holder snared 14 wickets in seven matches while also making handy contributions with the bat. The franchise retained him ahead of the 2021 IPL.

Despite leading a high-profile international team as that of the West Indies, Holder has managed to stay away from controversies. T20 cricket has seen many Caribbean superstars choosing not to represent their international team. Yet, Holder has managed his calm persona and has continued to lead the Test side which is enjoying its best time in the last few years. His on-field personality reflects in his off the field behaviour.

As I sit and wonder what my next adventure will be I stumbled upon a view which just happened to be captured. #candid#thankful#vacation#everblessed#2020#givethanks#whateverittakes