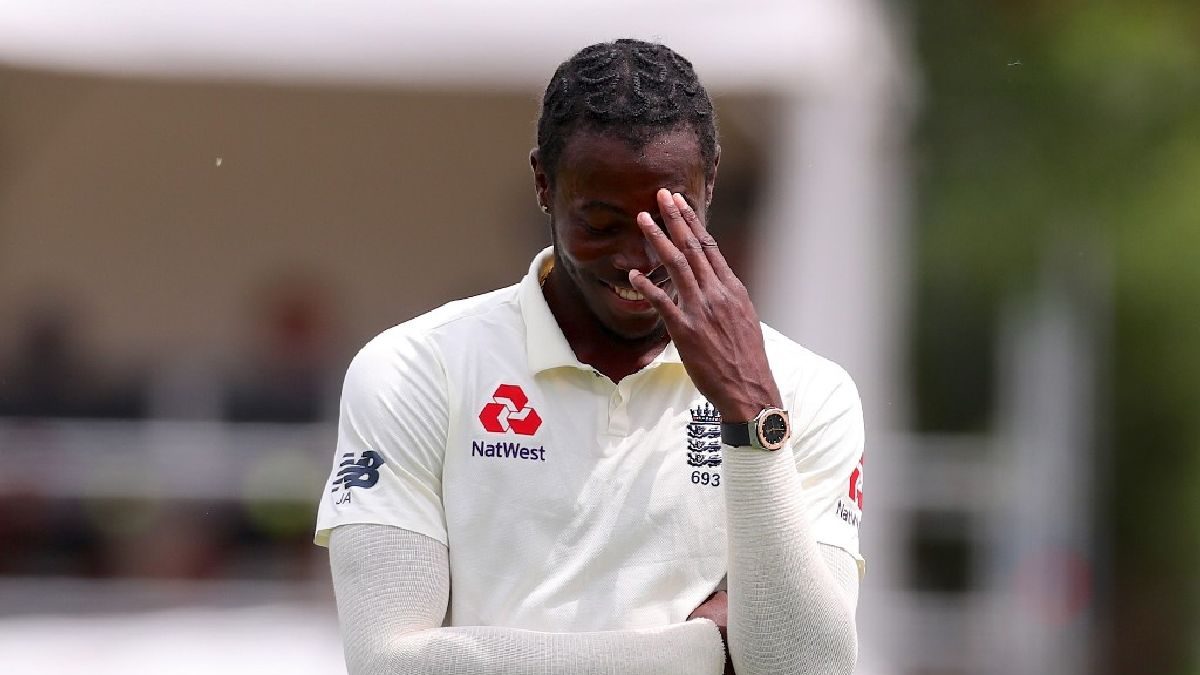 Jofra Archer is probably one of the most hostile bowlers in the world. The Barbados-born pacer has made a quick name for himself at the world stage for the English team. Now after a couple of years of success, Archer has faced his first big injury which has ruled him of the entire 2021. He might even miss a few months of 2022.

Even though the English team will miss him at the T20 World Cup later this year, one can only wonder how it will affect his Test career in the long run. His injured elbow might be an issue for him going on ahead in his future. Archer is 26-year-old and for once can be seen as the future of English pace bowling in Tests.

There will be a time when James Anderson and Stuart Broad will retire and England then might need someone like an Archer, to fill their shoes. Now the issue is his workload management. England plays more Test matches on an average than other countries. Archer is also a first-choice player in ODI and T20I. To top that off, there are franchise leagues that may need Archer’s attention once in a while.

Jofra Archer has been ruled out for the rest of the year with a recurrence of a stress fracture of his right elbow. pic.twitter.com/FPn99Q52oD

There is so much cricket around that there is a constant try to manage the workloads of the players. The point being Archer, in a few years, is going to be the most important bowler in the whole of England, across formats. With an elbow injury out of the way, Archer might gain full fitness for some time, but it could lead to a point where he starts prioritising the white-ball game for an extended career. Bhuvneshwar Kumar is one good example. He has been playing white-ball formats in order to avoid a particular amount of workload which a Test match gives to the body of the athlete.

Make no mistake, it is obvious that we want to see more of Archer in Test cricket. There is so much about his bowling that is yet to be seen in the toughest format of the game. He has 42 wickets in 13 Tests and won’t be adding anything for a significant amount of time, his injury has now put questions on England’s bowling unit for the Ashes this December and beyond that.

Another persisting issue is the type of injuries. Being a fast-bowler, it is essential that either of your arms are free of any injury history. It will be important for England to manage his workload to get the best out of him across formats. England would definitely expect Archer to be in good rhythm when in another four years, they will travel back to overseas venues like India, Australia or South Africa. For now, fans can pray for his speedy recovery as the world of cricket needs characters and talents like Archer to light it up.

Unfavouring coin: How unlucky Virat Kohli is in terms of tosses?