Joe Root wants England to be ‘ruthless’ in The Oval Test 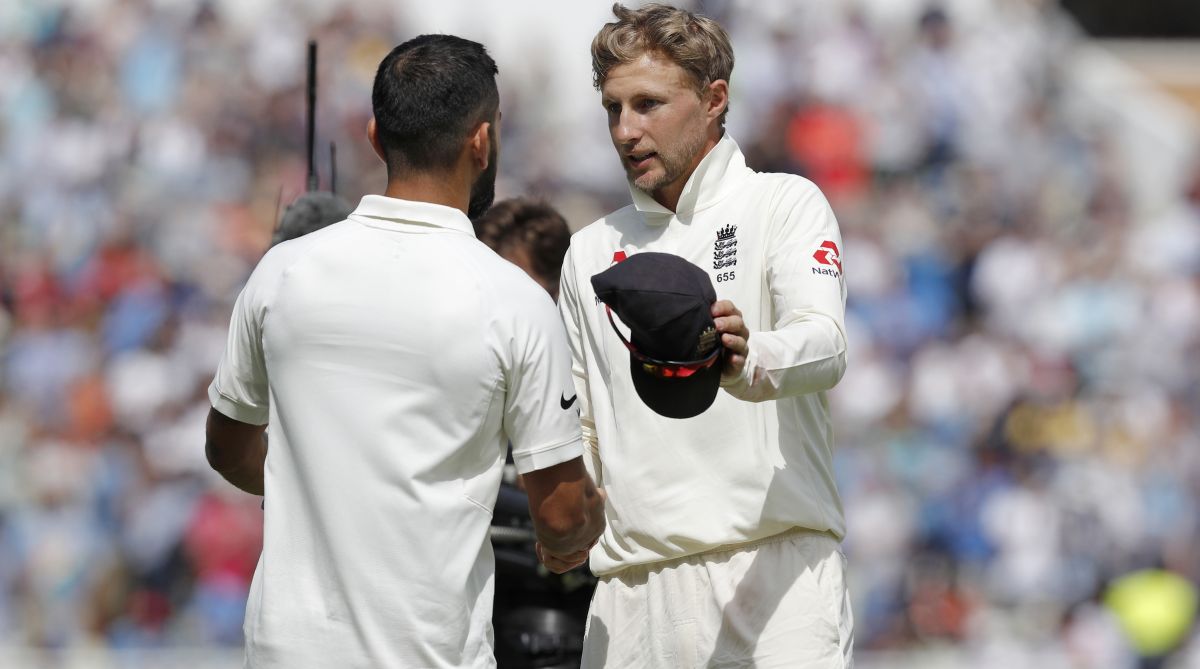 England skipper Joe Root has just one message to his team to be ruthless against India on the fourth Test, which will begin on September 2. The home side put on a dominating performance in the Leeds Test and won the match by an innings and 76 runs. The series is tantalizingly poised 1-1 and Root does not want his team to lose any sort of momentum.

Earlier, England head coach Chris Silverwood had hinted at the possibility of resting his premier pacer James Anderson for The Oval Test. Apart from that, there is also one forced change as wicketkeeper-batter Jos Buttler is set to leave the squad to attend the birth of his second child. All-rounder Chris Woakes is deemed fit, which potentially means that England could make a few changes for the fourth Test.

But Root wants his side to stay focused and concentrate on performing well. “Now is when the hard work starts,” England captain Root told reporters on Tuesday.

“We’ve got to look to go even further, dig deeper, and really start to go through the gears,” added Root, who has already scored more than 500 runs in the three Tests so far. The elegant right-hand batter has also scored six centuries in the calendar year and is looking in ominous touch. Root though is firmly keeping his feet on the ground and feels the Virat-Kohli-led side will bounce back after the humbling defeat in Leeds.

We must be ruthless against India: Joe Root

“A world-class side like India, led by Virat Kohli, I expect nothing less than a response. It would be naïve to think otherwise. We’ve just got ourselves back to level and, if we find ourselves ahead of the game at any stage, we must get ruthless again.”

Dan Lawrence or Ollie Pope will slot in the middle-order in place of Buttler. Jonny Bairstow will take the role of wicketkeeping. But the bigger issue for England will be to manage the workload of the bowlers. With Sam Curran not in the best of forms and Stuart Broad ruled out, Anderson has taken extra responsibility. Root spoke about this and felt it is a tricky issue.

“Trying to manage workloads alongside performance is something in the current climate, with the games coming thick, that is always going to be tricky,” said Root.

“You come off a win like last week and there’s continuity of confidence and trying to replicate a similar performance, but you’re trying to balance that make sure you don’t blow someone out and injure someone.”

Kohli has not shown the patience that England bowlers have shown against him: Sanjay Bangar