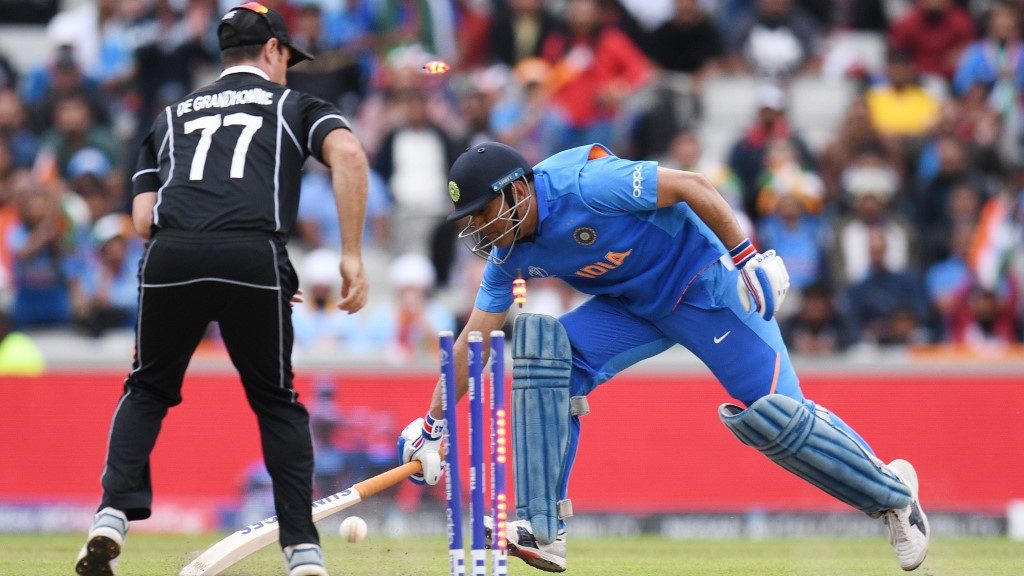 18 runs was the margin of India’s defeat against New Zealand in the 2019 World Cup semi-final. However, for many fans worldwide, the Men in Blue lost by just a couple of inches. It was MS Dhoni’s heart-breaking run-out in the penultimate over the game that sealed the match for the Blackcaps. The talismanic wicketkeeper-batsman tackled the Kiwi bowlers brilliantly and brought up a brilliant half-century.

He even looked set to take his side over the line. However, Martin Guptill’s direct hit at the striker’s end brought curtains to Dhoni’s gritty knock and Team India’s hopes. The New Zealand players were ecstatic after Dhoni’s dismissal, knowing their place in the World Cup final is confirmed. Kiwi all-rounder Jimmy Neesham was also present on the field when this historic run-out took place.

Opining on the famous dismissal, the southpaw admitted that the New Zealand side breathed a sigh of relief after Dhoni walked back to the hut. It all happened after a Twitter user asked Neesham to recall his feeling before and after the wicketkeeper’s run-out in the knock-out clash. In reply, Neesham, who’s known for his antics on social media, wrote: “Before: Cool we’re probably gonna win, After: Cool we’re definitely gonna win.”

For the unversed, India were chasing 240 for victory in that semi-final clash. While the target looked mediocre, the Men in Blue got off to a terrible start with Rohit Sharma, KL Rahul and Virat Kohli back in the pavilion with just five runs on the board. However, Dhoni joined forces with Ravindra Jadeja and brought India back in the contest. While the southpaw scored a fiery 77, Dhoni was playing the anchor role.

However, their efforts eventually went in vain as Kane Williamson’s men emerged victorious and made a place in the finals. Interestingly, that match proved to be Dhoni’s last outing in international cricket. He officially announced his retirement from international cricket in August 2020 and brought curtains to a sensational career. Nevertheless, he continues to ply his trade for Chennai Super Kings in the Indian Premier League (IPL).

Double on debut: All seven batsmen to score a double century on their Test debut