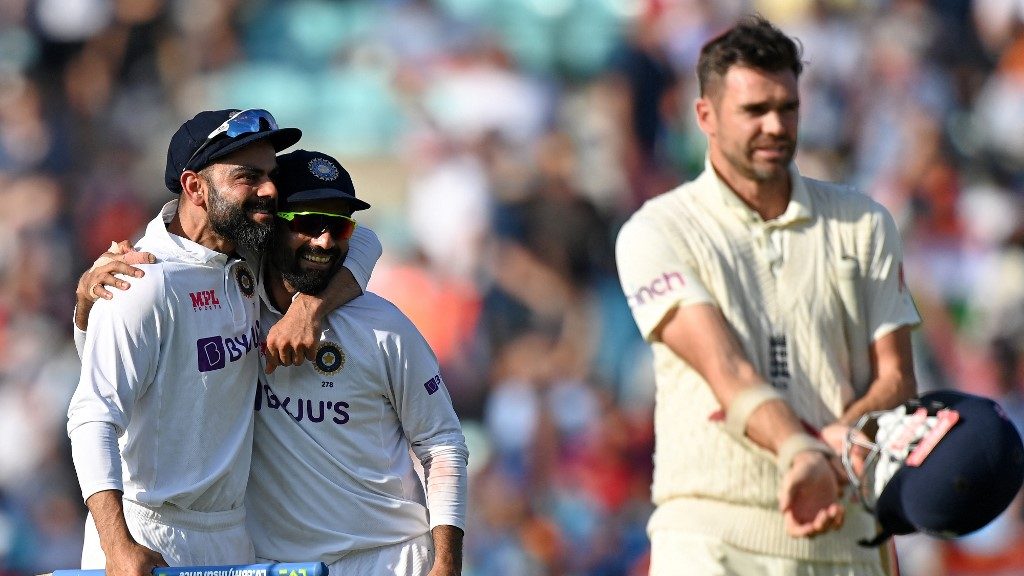 Test cricket was at its best during India’s tour of England this year. Although the home advantage was in England’s favour, the Indian team embraced the challenge and dominated the Three Lions at the latter’s den. While the final and final Test got abruptly suspended, Virat Kohli’s men were 2-1 up after the conclusion of four matches.

Although England wouldn’t have been pleased with their effort, James Anderson enjoyed a gala time. At 39, the veteran pacer made the ball talk and took 15 wickets in four games. While Anderson troubled many batters in the series, his rivalry with Virat Kohli garnered maximum attention. The England pace spearhead dismissed Kohli twice at an expense of 64 runs. The two talismanic cricketers also got engaged in on-field altercations multiple times.

Speaking on the hot topic, Anderson said his battle with the Indian skipper is his favourite this year. Notably, the Anderson-Kohli battle is dated long back. During the 2014 Test series in UK, Kohli endured a horrendous campaign and failed consistently. Anderson’s outswinging deliveries were his biggest nemesis. However, the Indian skipper did his homework and the pacer couldn’t dismiss him once in the next three series.

There’s definitely a mutual respect between me and Virat Kohli: James Anderson

Nevertheless, Anderson’s quest was over this year as he got the better of Kohli twice. With the two cricketers testing each other’s capabilities, the 39-year-old enjoys his battle with the Indian skipper.

“This summer was probably my favourite contest with Virat. We’ve had a few good battles over the years, both in England and India, but this year was certainly my favourite,” Anderson told Fox Cricket’s Road to the Ashes podcast.

As mentioned above, the two cricketers got engaged in verbal battles during the course of the series. However, Anderson reckons there’s mutual respect between him and Kohli.

It’s beyond me how IPL captaincy was given to Rishabh Pant or Samson: Sanjay Manjrekar