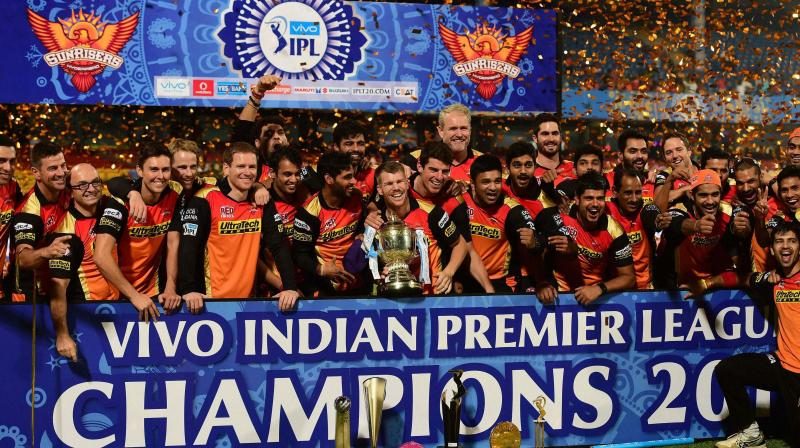 Ever since they played their opening season of the Indian Premier League in the year 2013, the Sunrisers Hyderabad side has been one of the most consistent sides in the tournament. Having qualified for the Playoffs each time since 2016, the same year they lifted their first and only title, the David Warner-led Orange Army has an excellent reputation in the cash-rich league. In the 2020 IPL edition, they came back after being down and out to ensure another playoff qualification, although a loss in the Qualifier brought their campaign to an end. Ahead of the 2021 season, here is a SWOT analysis of the SRH franchise:

SRH’s biggest strength lies in their top-order, where they boast of the likes of David Warner, Jonny Bairstow, and Kane Williamson. While the Warner-Bairstow combo is one of the most destructive opening pairs of the tournament, SRH have also included the aggressive Jason Roy into their squad as a replacement for Mitchell Marsh, who decided to opt-out of the current edition.

Further, SRH has some of the best all-rounders in the tournament with players such as Jason Holder, Mohamad Nabi, and Vijay Shankar in the side. SRH arguably has the most effective spinner of the modern-era, Rashid Khan, and the miserly Bhuvneshwar Kumar in their bowling arsenal. With T Natarajan coming good, they have an enviable bowling attack.

Even though there does not seem to be any big shortcoming in their squad, the lack of a finisher and a slightly inexperienced middle-order hurts SRH sometimes. The likes of Virat Singh, Abdul Samad, Priyam Garg, and Abhishek Sharma are all talented young guns, although none of them is too explosive or a regular finisher.

In addition to this, SRH has roped in Kedar Jadhav in their squad, who was largely criticized for his under-par performance in the previous edition. Going into the current season, the biggest task at hand for the Orange Army will be to fix their middle-order and the role of a finisher. SRH do not have an express pacer as none of their current pacers can touch the 150 kmph mark.

IPL has been a renowned platform for youngsters to display their potential and hog the limelight by performing against the best in the business. With many youngsters in their middle-order, SRH have the biggest opportunity to contribute to Indian cricket the same way the Mumbai Indians outfit has done for quite some time.

Therefore, the season is a massive chance for Virat Singh, Abdul Samad, Priyam Garg, and Abhishek Sharma to try and set the stage alight and put their names in national contention with a T20 World Cup fast approaching.

SRH’s team balance was consistently disturbed in the previous edition owing to many injuries to their major players. Bhuvneshwar Kumar was unavailable for the entire season, whereas injuries to Mitchell Marsh and Vijay Shankar also left them in slight trouble. At a decisive stage last year, they lost their wicketkeeper-batsman Wriddhiman Saha as well, and eventually crashed out after losing the Qualifier. They would expect all their players to remain available this time around.

Sachin Tendulkar returns home after being hospitalised due to COVID-19