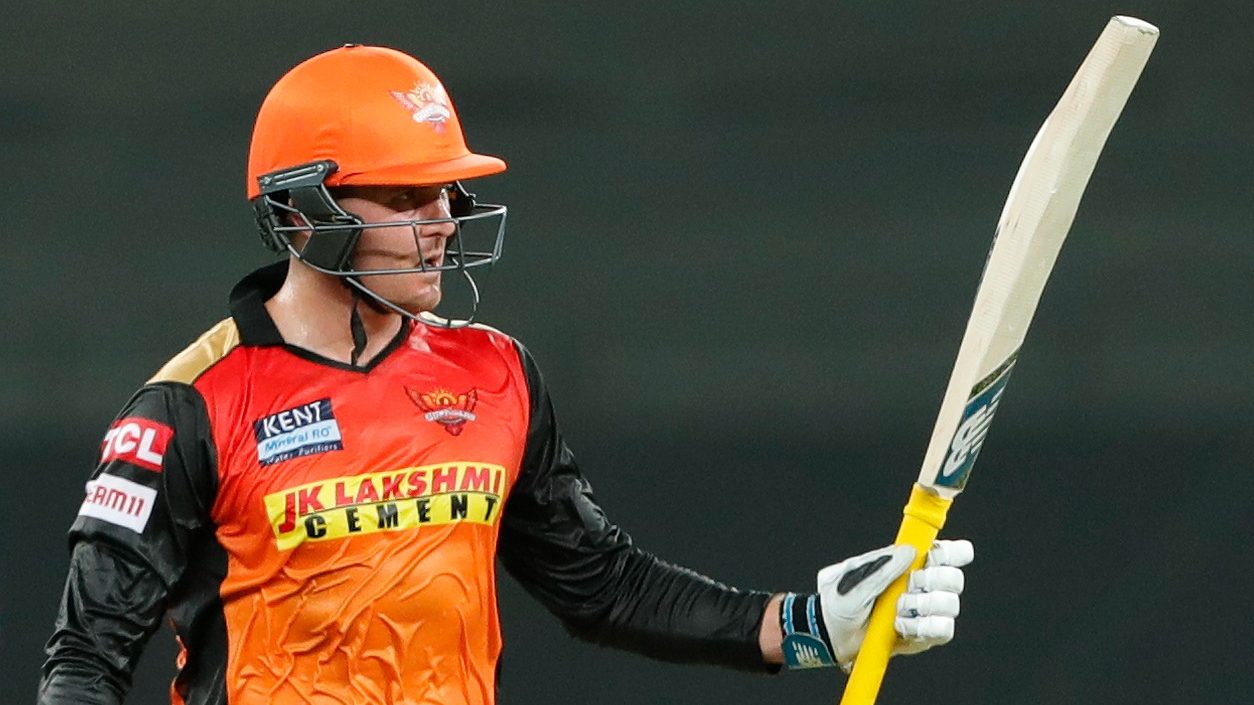 After eight losses in nine matches of IPL 2021, the Sunrisers Hyderabad returned to winning ways defeating Rajasthan Royals in Dubai. The 7-wicket loss will hurt Rajasthan Royals particularly because their chances of qualifying to the playoffs are now at threat. This was their 6th loss in 10 games. 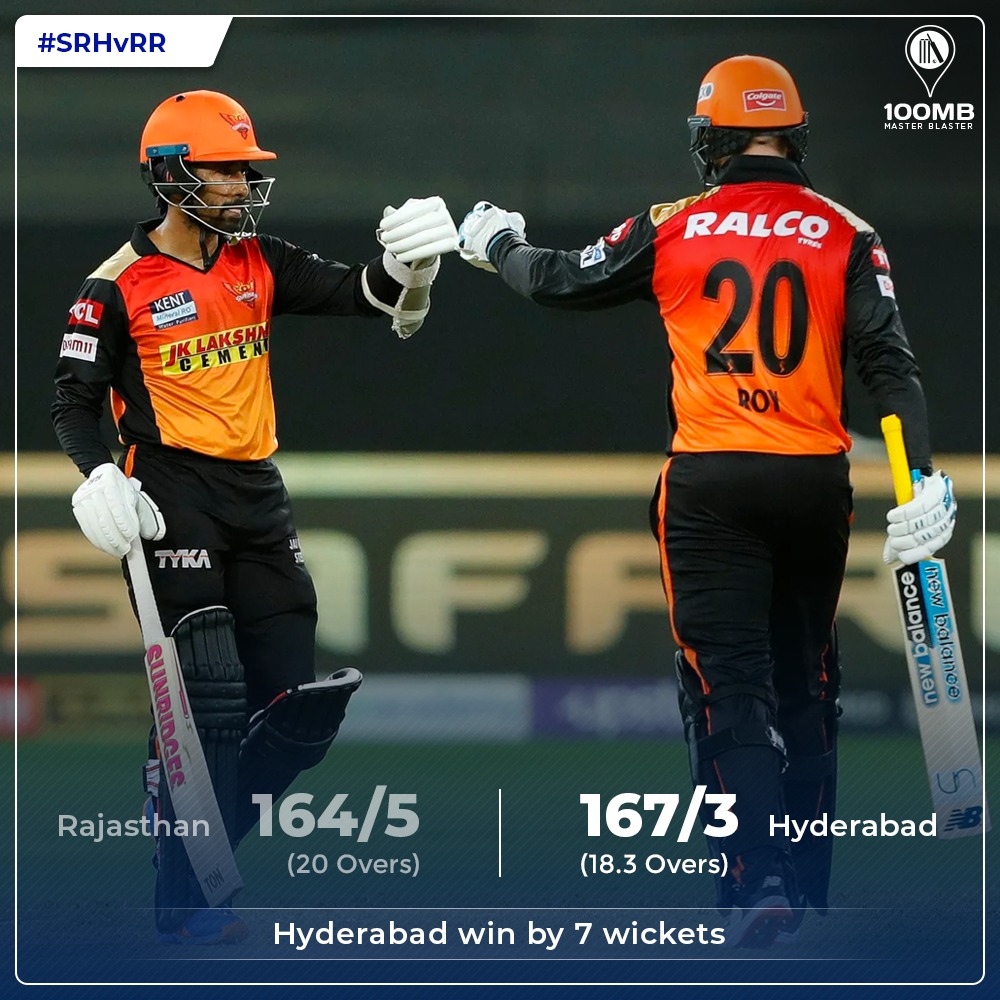 Earlier in the evening, the Royals won the toss and elected to bat first. Evin Lewis was dismissed early but Yashaswi Jaiswal batted beautifully for his knock of 23-ball 36. Skipper Sanju Samson was calm in his approach as he spent some time at the crease before launching himself into attack mode. Mahipal Lomror once again played the supporting hand with his 29-run knock. Samson’s solid 82 laid the foundation for the Royals, who looked set for a huge total on the board. However, SRH bowled brilliantly in the last 3 overs to restrict RR to 164/5.

That’s one way to announce yourself on debut! A well-deserved Man of the Match award for @JasonRoy20 for his knock of 60 off 42 balls. 🧡#SRHvRR #OrangeArmy #OrangeOrNothing #IPL2021 pic.twitter.com/oM9AsigeTH

Jason Roy, who came into the Sunrisers XI replacing David Warner, played a blinder of an innings at the top. His fiery half-century set up the chase for Hyderabad. Wriddhiman Saha made a quickfire 18 but was sent back by Mahipal Lomror. Once the openers were don, captain Williamson took charge, leading the chase with an effortless fifty. Hyderabad ended the chase in 18.3 overs with 7 wickets in hand.

With their IPL 2021 campaign all but over, SRH will look to be the party spoilers for the rest of the teams. They take on table-toppers CSK on September 30. RR will face RCB on September 29 and work extremely hard to get those 2 points to get out of the mid-table rut.

I’m not going to stand on air & call their names but CSK do have a couple of weak areas: Brian Lara