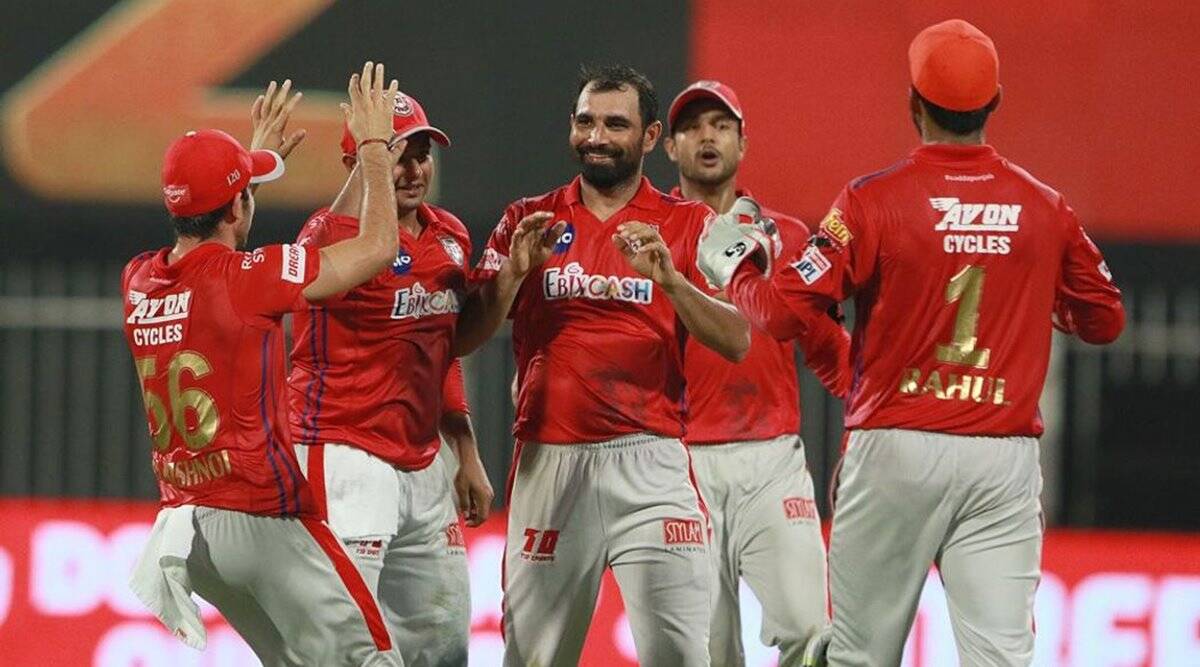 Punjab Kings finally held their nerves to get two points since the restart of IPL 2021. In a low-scoring finish at Sharjah, they ended up beating Sunrisers Hyderabad by 5 runs to keep their campaign alive. This was the eighth loss for Hyderabad, which means their season is all but over. 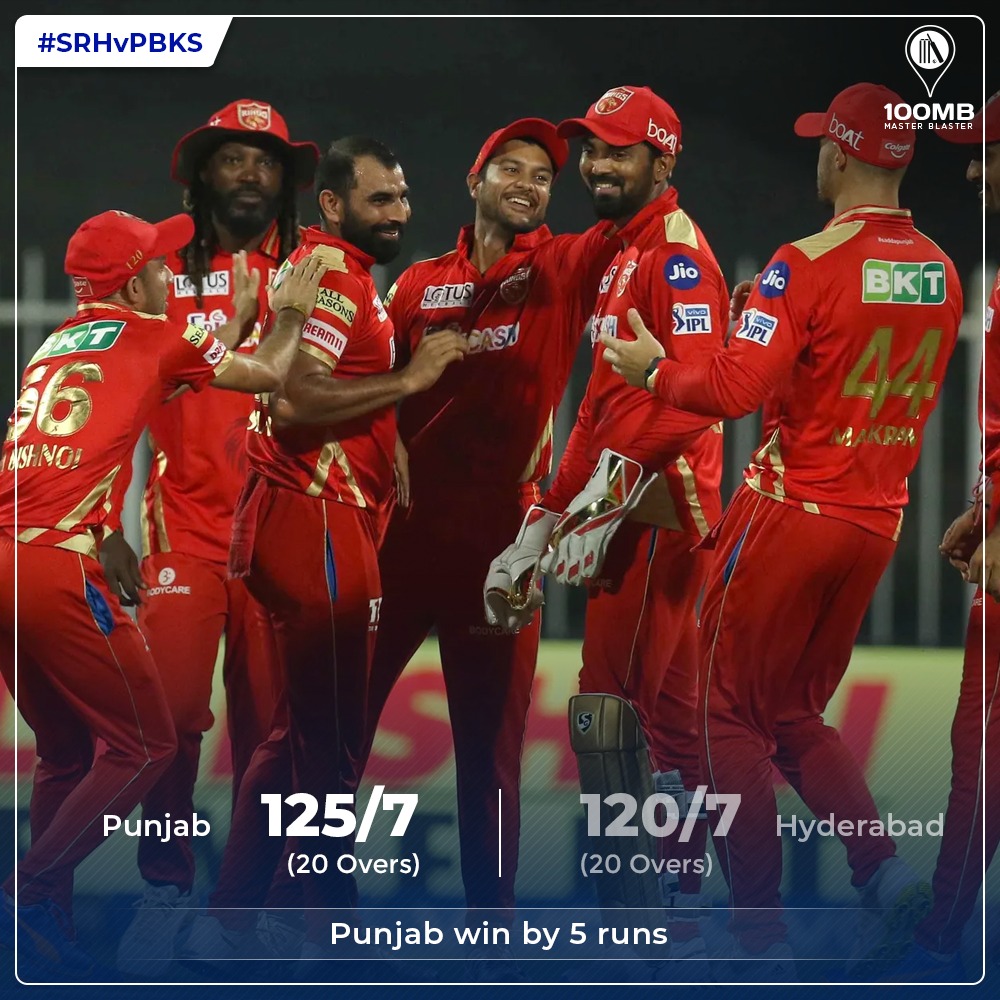 SRH captain Kane Williamson won the toss and elected to bowl first on a slow deck. Punjab openers KL Rahul and Mayank Agarwal failed to get the needed start, returning to the dugout inside the powerplay. Unfortunately for PBKS, their middle and lower-middle order didn’t click either. They finished with a paltry total of 125/7. For SRH, Jason Holder was brilliant with the ball, picking three wickets for 19 runs in his four overs. 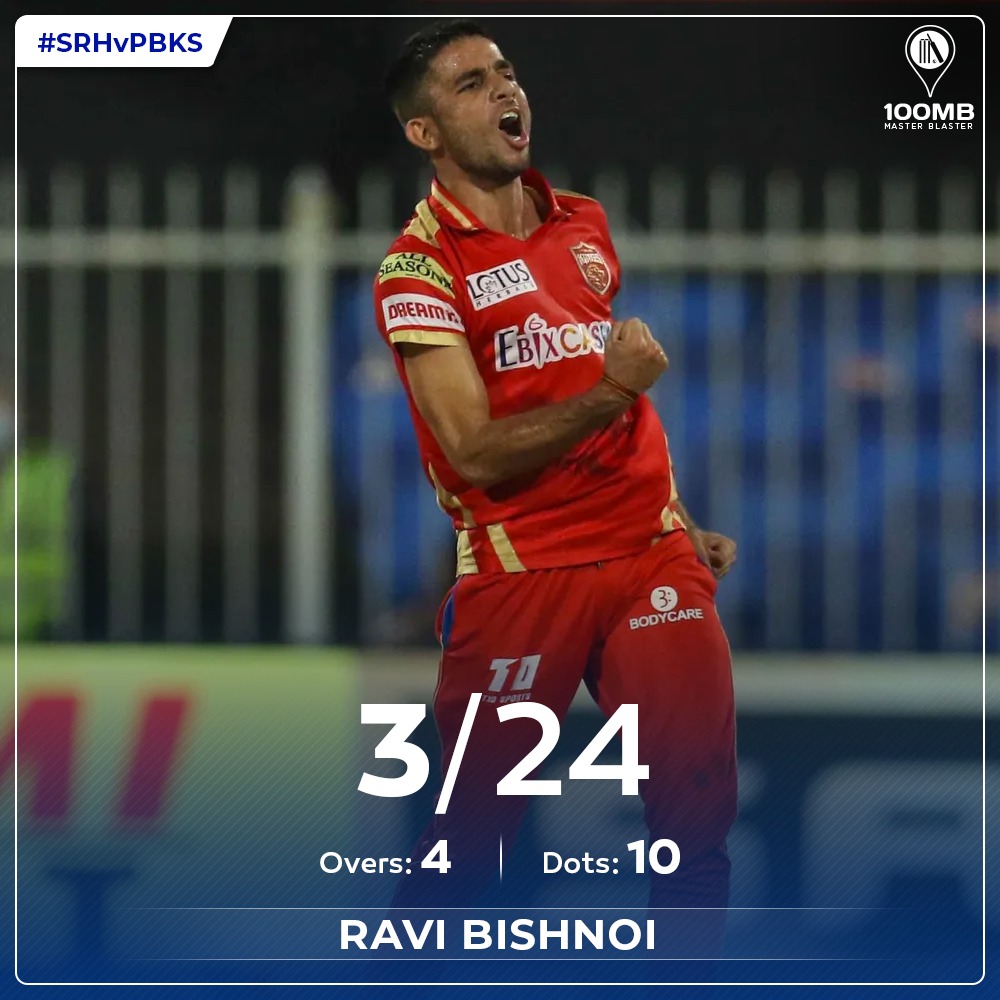 Punjab started well with the ball, with Mohammed Shami getting Kane Williamson and David Warner early on in the innings. Barring Wriddhiman Saha (31), no other Hyderabad batsman top-scored until Jason Holder, whose heroic efforts went in vain at the end. He hit five sixes and managed to take the chase to the last ball. But Holder eventually failed to get his team past the line. Ravi Bishnoi was the star of the show for Punjab, finishing with impressive figures on his return to the playing XI.

Mohammed Shami: After scoring only 125 runs with the bat, Punjab needed someone to start off the bowling well and Shami used all his experience to cause trouble early on. In his first three overs, he gave away just five runs and ended up with figures of 2/14.

Ravi Bishnoi: The young leg spinner managed to get his best bowling figures in this game. He gave only 24 runs in four overs. Most importantly, he picked up the wickets of Kedar Jadhav, Manish Pandey and Abdul Samad. He got all the wickets at crucial times in the game to put his side ahead.

Jason Holder: The West Indian all-rounder showed once again why he is so highly rated, especially in T20 cricket. With three crucial wickets, he pegged Punjab on the back foot and later contributed with a valiant 47.