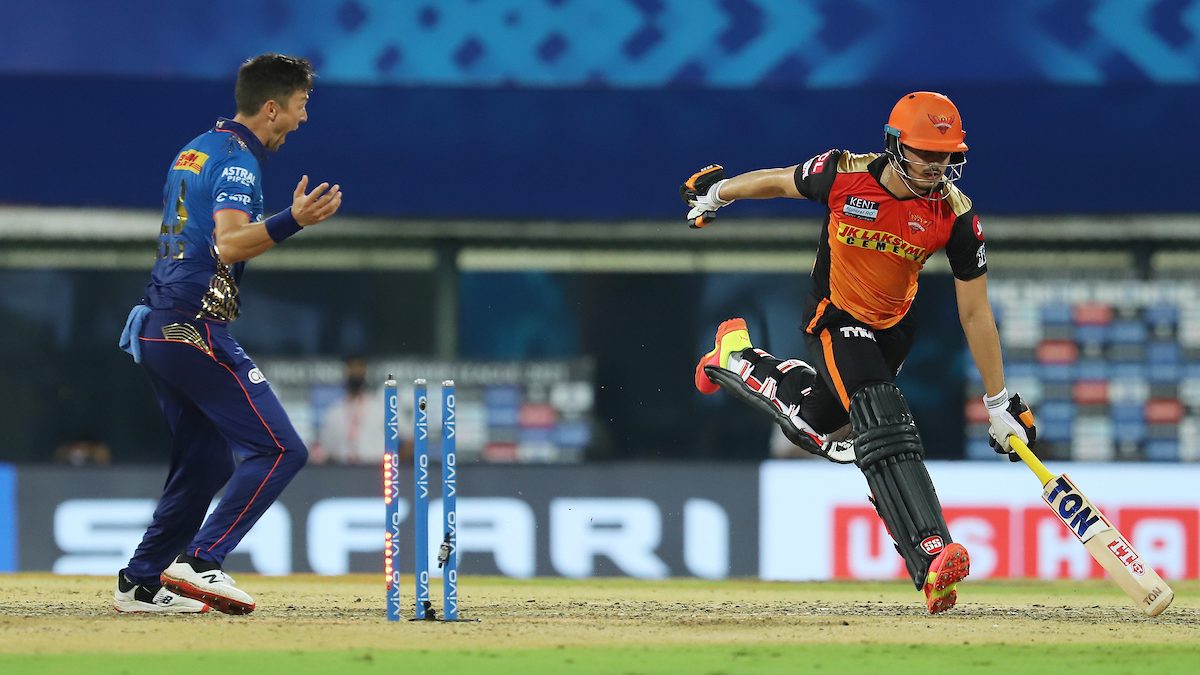 Sunrisers, on the other hand, lost their last match against Rajasthan Royals, which was incidentally their sixth loss this season from seven matches. The fact that those six losses also includes a 13-run win for Mumbai Indians makes the five-time champions favourites for this contest. As far as head to head is concerned, that win gave Mumbai a lead against Hyderabad, having won nine out of the 17 matches played between the two teams.

Jasprit Bumrah will be playing in his 100th match for MI.

Sunrisers Hyderabad: After dropping David Warner as the captain of the team, the franchise went further to drop their leading batters for the last five or six seasons, from the XI. His exclusion opened doors for Mohammad Nabi, who came as an all-rounder to give balance to this team. However, he bowled only one over, giving 21 runs and then scored a quickfire 17 from five balls. Should Hyderabad make another change in the next match, they might just replace Nabi with Jason Holder who is waiting in the team. They could also think of bringing in Jason Roy, however, that would mean another re-jiggling of the Indian players.

Mumbai Indians: Dropping Ishan Kishan might have been a little harsh on the youngster but there is no denying that Jimmy Neeesham’s inclusion makes their team look a little bit more solid in the structure. With Hardik Pandya not bowling at all this season, Neesham can be used for a few overs, which is something captain Rohit Sharma will be happy with. Having said that, we could see Mumbai continuing with the same team.