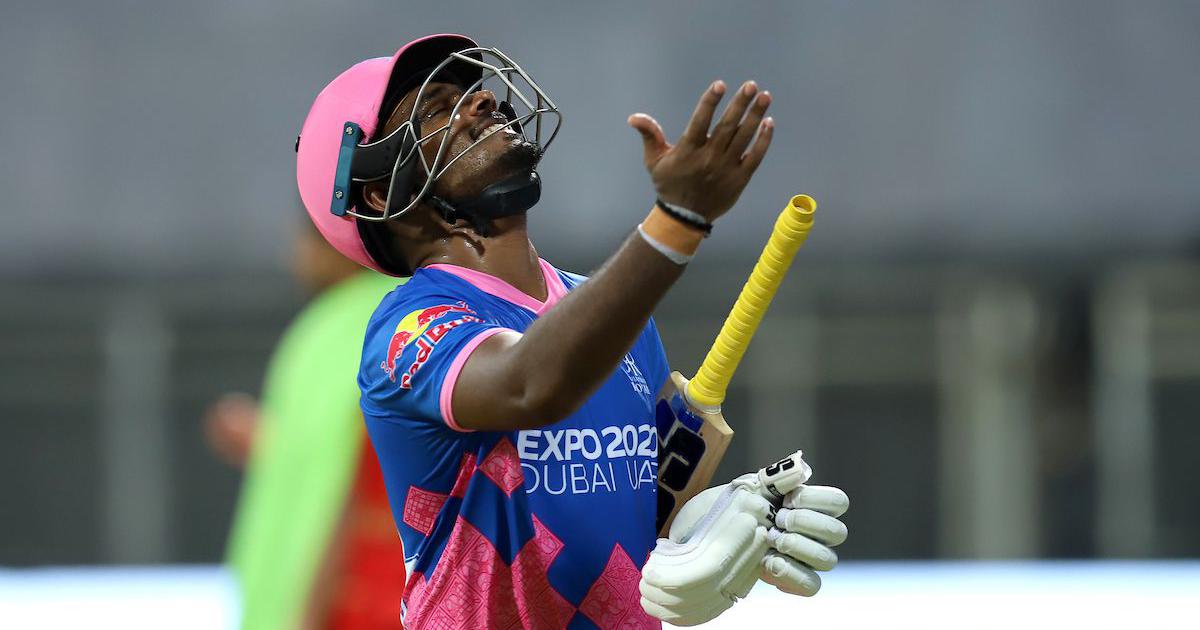 Rajasthan Royals had a tough time against Delhi Capitals on Saturday (September 26) as they suffered a thumping 33-run defeat. Chasing 155 at the Sheikh Zayed Stadium in Abu Dhabi, the Men in Pink lost wickets at regular intervals and never really looked in the hunt. Furthermore, their scoring rate was below five for the major part. As a result, they were restricted to 121/6 in their allotted 20 overs.

As if this loss wasn’t less agonizing, the Rajasthan-based outfit received yet another bad news. The side was fined for maintaining a slow over-rate. As it was the team’s second offence of the season, Rajasthan Royals captain Sanju Samson faced a penalty of INR 24 lakhs.  Besides him, the other members of the playing XI were each fined lesser than either Rs 6 lakhs or 25 per cent of their individual match fee.

“The Rajasthan Royals have been fined after they maintained a slow over-rate during their VIVO Indian Premier League (IPL) 2021 match against Delhi Capitals at the Zayed Cricket Stadium, Abu Dhabi on September 25. As it was the team’s second offence of the season under the IPL’s Code of Conduct relating to minimum over-rate offences, Rajasthan Royals captain Sanju Samson was fined Rs 24 lakhs,” read an official statement from IPL.

“The rest of the members of the playing XI were each fined lesser of either Rs 6 lakhs or 25 per cent of their individual match fee,” it read further.

It has to be noted RR’s previous offence was recorded in their very last match against Punjab Kings in Dubai. With the offence being the team’s first in the competition, only skipper Sanju Samson received a fine of INR 12 lakh.

It has to be noted if RR breach the overrate guidelines once again, skipper Sanju Samson will face a one-match ban alongside a penalty of INR 30 lakh. Also, the players would be fined a sum of INR 6 lakhs or 25% of the match fee, whichever is lesser. Hence, the Men in Pink must have an eye on the clock in their remaining games this season. Meanwhile, RR will next meet Sunrisers Hyderabad on September 27 (Monday) in Dubai.