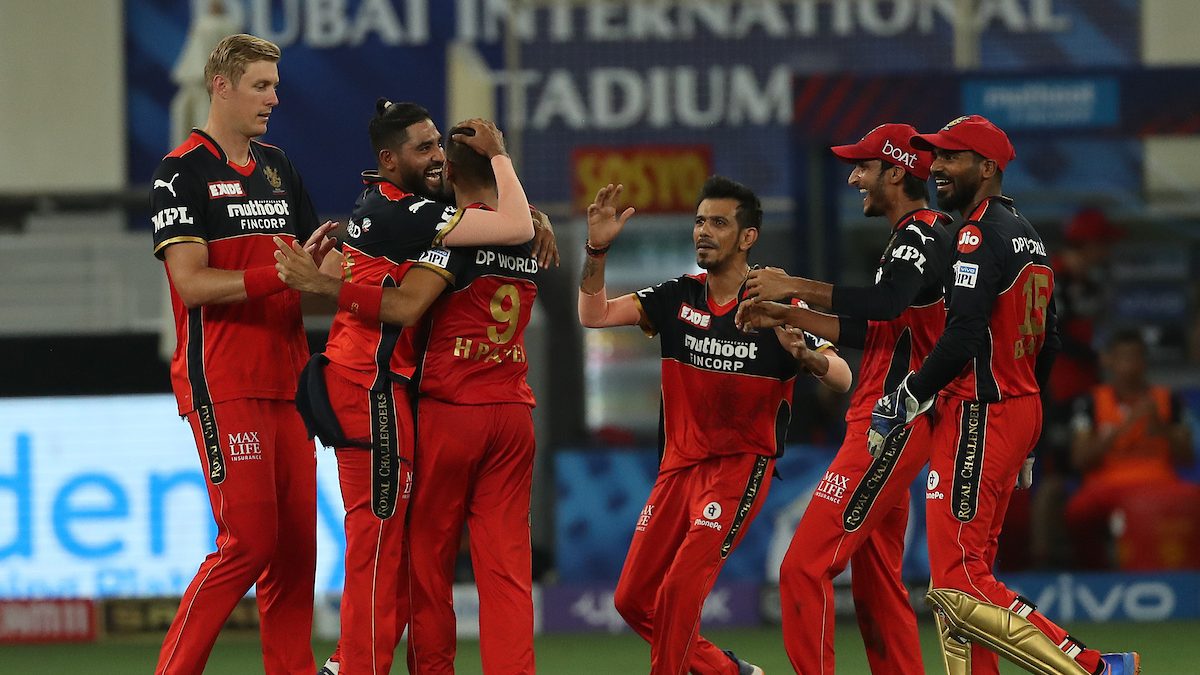 After losing seven matches on the trot in the UAE, Royal Challengers Bangalore finally won a game against a strong Mumbai Indians side. After starting the UAE with two consecutive losses, Virat Kohli’s team showed up with a complete performance, winning by 54 runs at the Dubai International Stadium.

Mumbai captain Rohit Sharma won the toss and elected to bowl first. Devdutt Padikkal got out early, but RCB skipper Virat Kohli moved along well to get his second successive fifty (51 runs). Srikar Bharat, batting at no. 3, made 32 crucial runs. But, it was Glenn Maxwell’s knock of 56 runs from 37 balls which was the difference. Trent Boult, Rahul Chahar, Adam Milne got a wicket each while Jasprit Bumrah ended with 3 for 36 in his four overs. 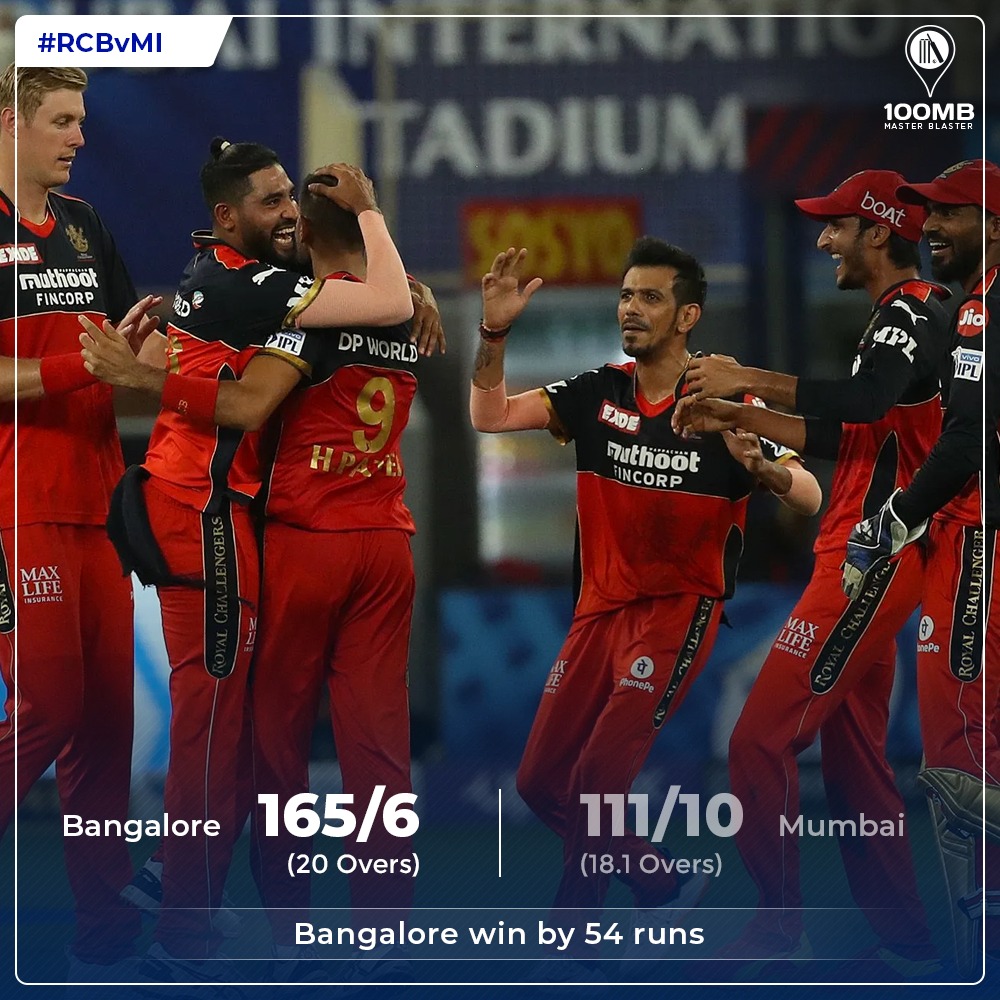 RCB posted 165 for 6. Rohit and Quinton de Kock gave a brilliant start to Mumbai Indians. They posted 56 runs with losing a wicket in the powerplay. This is when RCB started pulling back things. De Kock got out for 24 while Rohit Sharma pushed along well until he was dismissed for 43 runs from 28 balls. The score was 79 for 2 when he got out. After this, there was a collapse.

Yuzvendra Chahal picked up three wickets while Maxwell picked two. Mohammed Siraj also got a crucial wicket just before Harshal Patel came and picked up a hat-trick. He ended with four scalps as Mumbai were bowled out for 111. No Mumbai player other than the openers got past 10 runs and this loss was their sixth in the tournament. 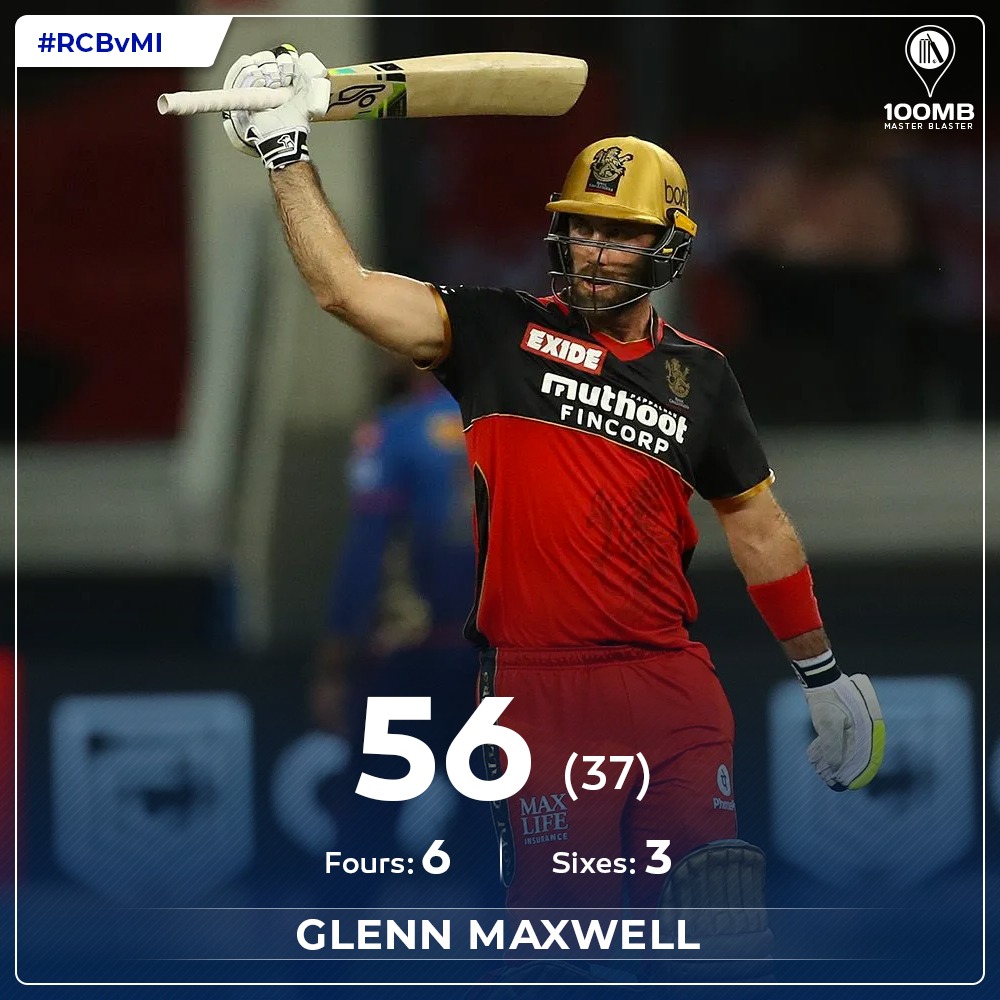 The Australian all-rounder turned up for RCB once again when the team needed him. His knock with the bat was one of the key reasons why they had a good enough score to defend. He hit six fours and three sixes. Later with the ball, he sucked the life out of Mumbai’s innings by bowing some really economical overs. He also got the big wickets of Rohit Sharma and later, Krunal Pandya. He gave only 23 runs in his four overs. 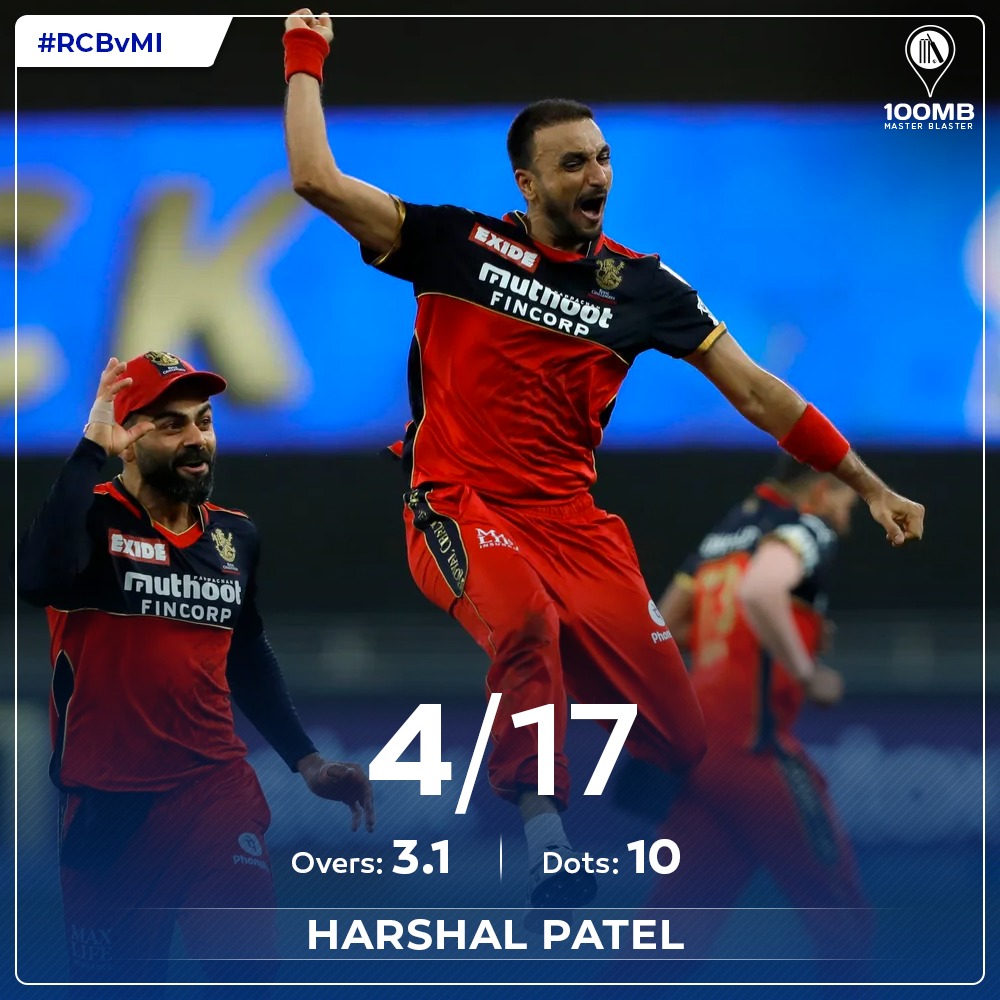 The right-arm bowler has been fantastic with the ball in this tournament and in this game he acted like the player who put the nail to Mumbai’s coffin. His hattrick included wickets of Hardik Pandya, Kieron Pollard and Rahul Chahar. He ended with figures of 4 for 17.

Yuzvendra Chahal: There have been some questions on him in recent times and he responded. He broke the opening stand and later dismissed Ishan Kishan. Chahal picked up a third when he dismissed Bumrah. He ended with figures of 3 for 11 in four overs.