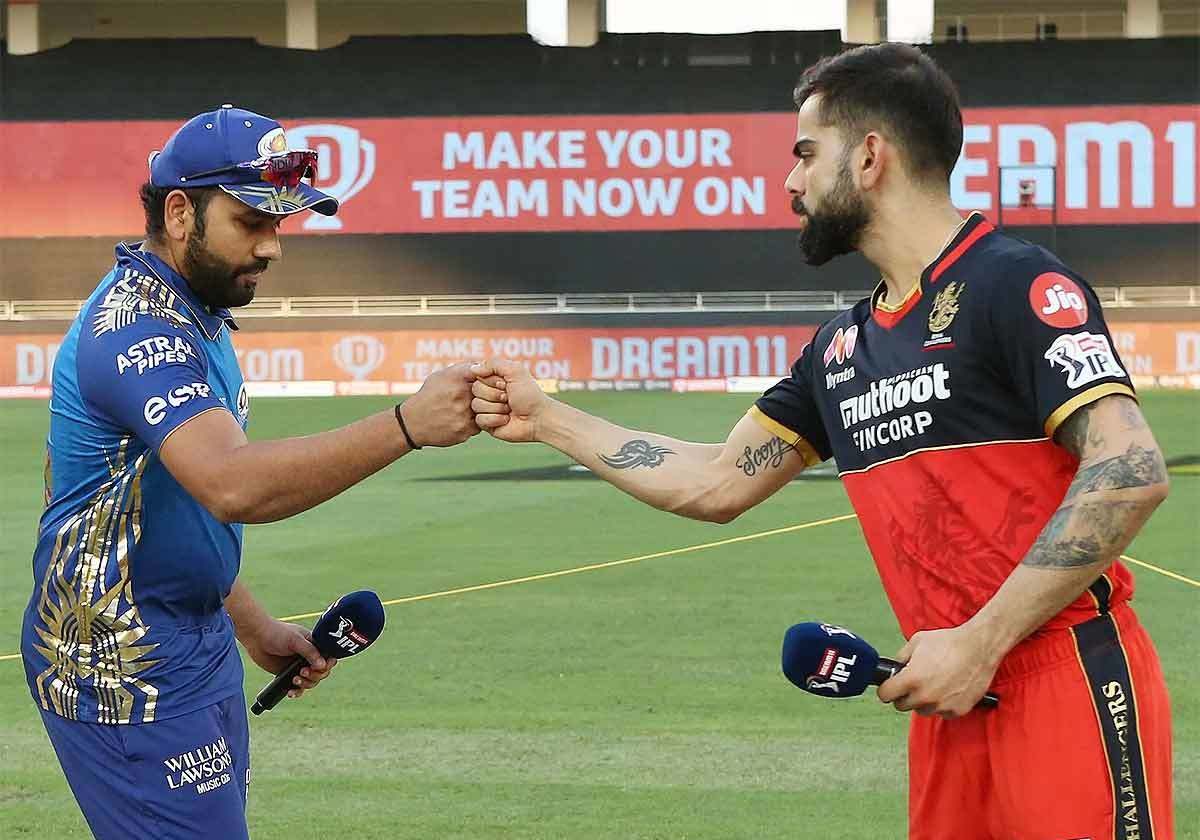 Royal Challengers Bangalore would be under some pressure coming into this game. They have lost seven games in a row in the UAE and are desperate for a win. They have won five out of the nine matches and if they don’t manage a win, their qualification to the playoffs might come under threat. Speaking of the qualification threat, Mumbai, too, is in a similar place.

Rohit Sharma and his men have lost two consecutive matches now, which means they have only four wins in nine games. The mission ahead will become tougher and tougher if they don’t win this match. With both teams having so much at stake, this match should be an interesting watch. It also brings Rohit against Virat Kohli which is something fans have been excited about. It should be noted that RCB had beaten MI in the opening match of this tournament in Chennai when it had begun in India earlier this year. 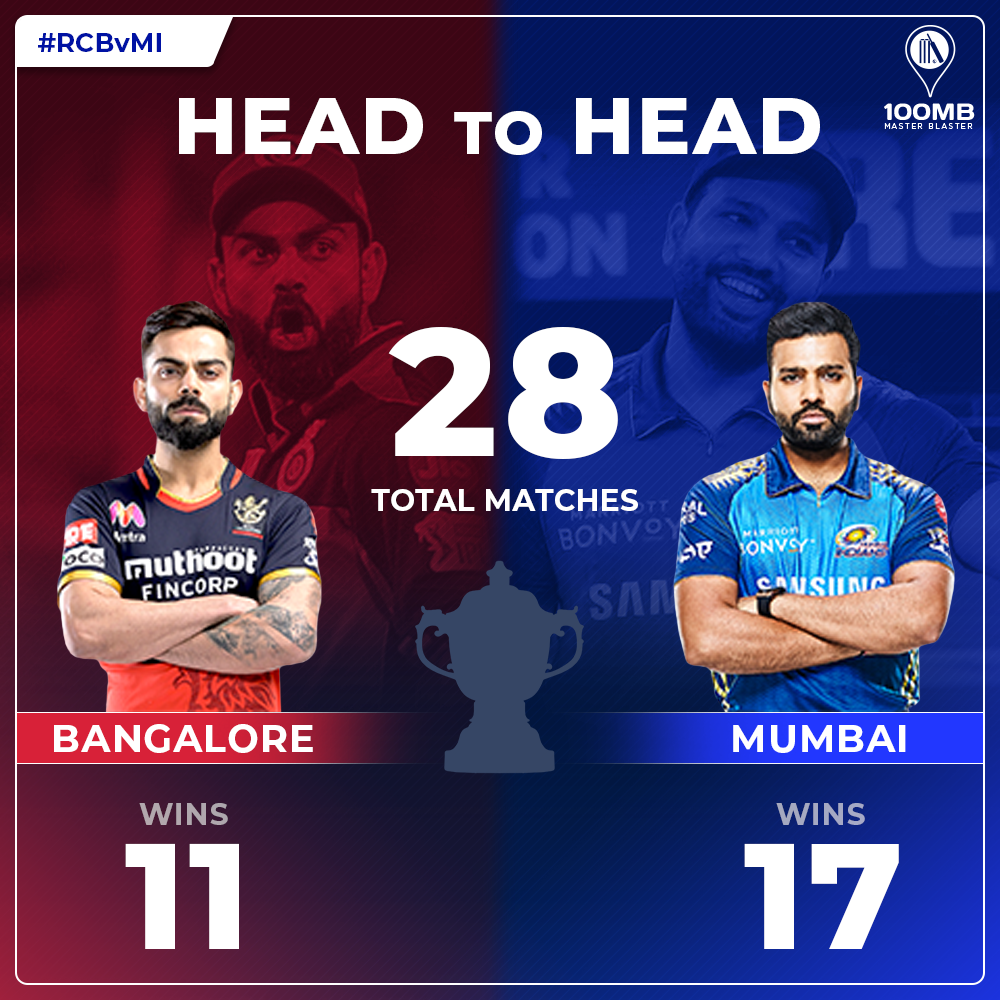 Royal Challengers Bangalore: RCB took a different approach to their overseas picks in the last game. Kyle Jamieson was left out and Tim David was brought in. Having seen that, RCB might continue with that same combination. They have enough players to continue with the same combination. On top of that, Wanindu Hasaranga seems to be a top pick for them. If Kyle Jamieson is back in the team, we might see an Indian batter coming back into the XI. Sachin Baby and Mohammed Azharudeen are options.

Mumbai Indians: Hardik Pandya’s niggle has forced him to miss two games in the UAE leg. It seems that he might be back in the XI for this game. If he is back, then Saurabh Tiwary will have to go back to the benches. The overseas picks are Kieron Pollard, Quinton de Kock, Adam Milne and Jasprit Bumrah. MI might just have to go back to their preferred set of XI players, given how the tournament might just slip past them with another loss here and there. Ishan Kishan and Suryakumar Yadav don’t seem in form but last year, they came back to form towards the end of the league stages, so fingers crossed on that. 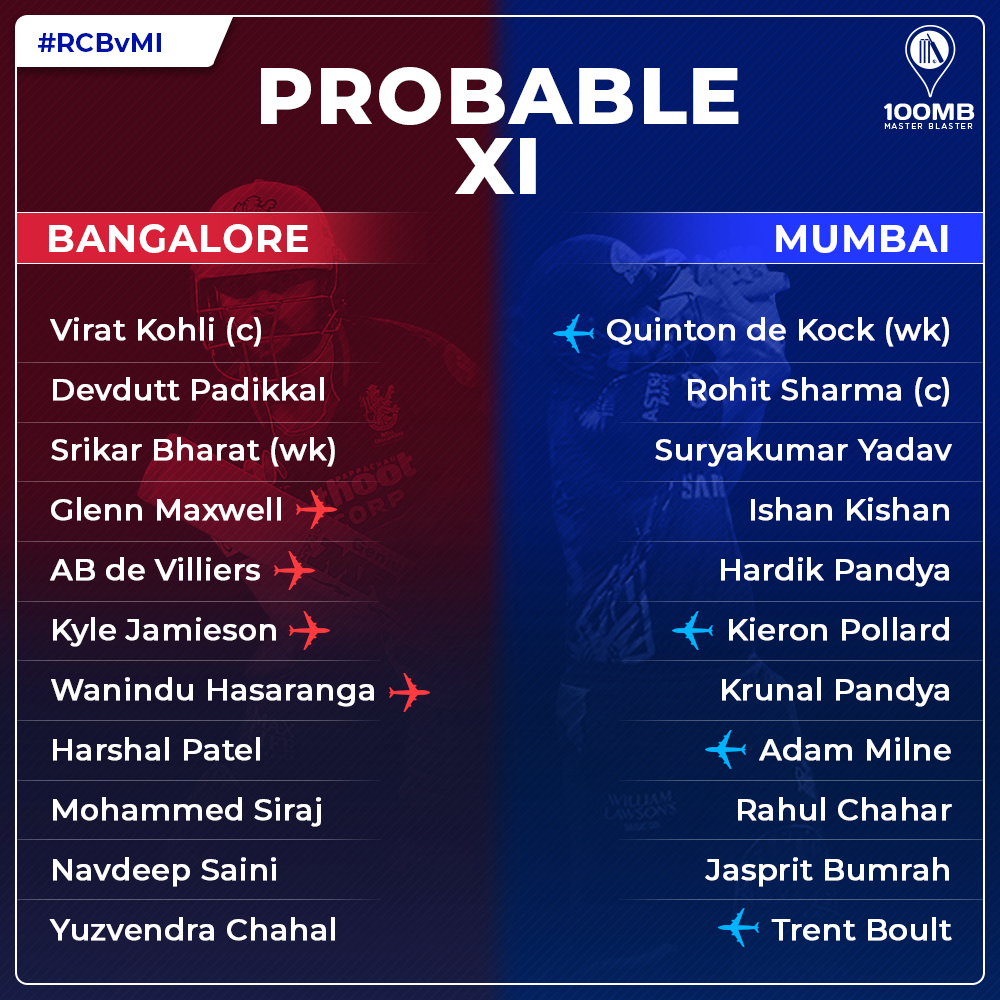