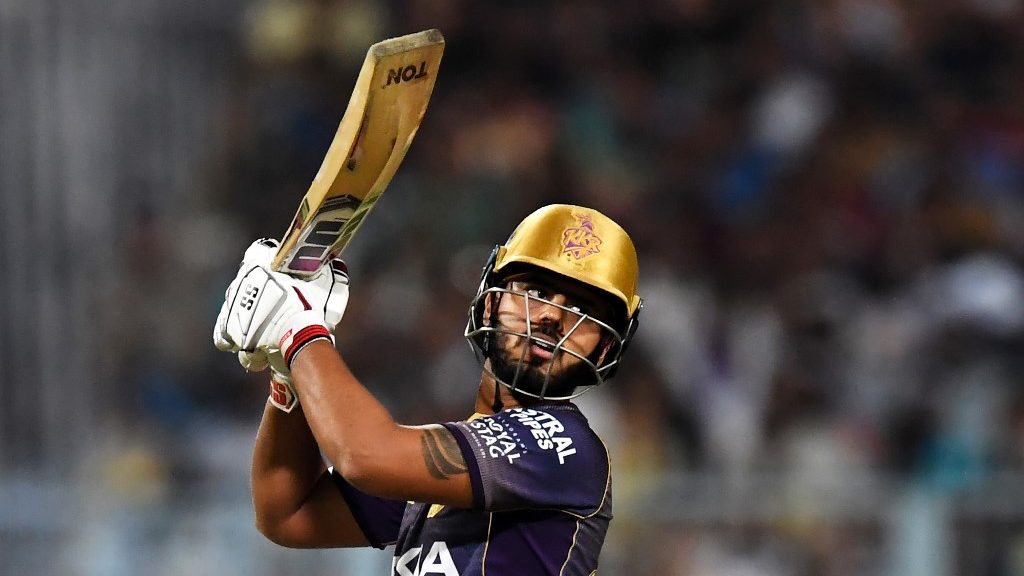 Kolkata Knight Riders, on Sunday, sprung a surprise by sending Nitish Rana out to open their innings with Shubman Gill in the ongoing game against Sunrisers Hyderabad. Both the teams are currently engaged against each other in the third match of the Indian Premier League (IPL) 2021. Rana has completely justified the team management’s decision by scoring a fine fifty.

He and Gill gave KKR a solid start by adding 50 runs inside the powerplay. Rana was the aggressor during the partnership while Gill played the role of the second fiddle. By the time the powerplay ended, the left-handed batsman was batting on 36 while Gill was on 14. Rashid Khan broke the stand when he dismissed Gill in the following over with a beauty of a delivery.

Rana, however, made the most of his start and went on to complete a fine fifty before coming up with an interesting celebration. He reached his fifty on the final ball of the tenth over he smashed a delivery from Vijay Shankar for a six. And soon after completing his fifty, Rana raised his bat before showing the three-finger hand gesture. The fingers resembled alphabet M.

The celebration was made popular by German footballer Mesut Ozil. In the past, the World Cup-winner had revealed that his ‘M’ goal celebration was a tribute to his young niece Mira. Rana might have done the celebration for a similar purpose but as of now, not many know about it.

Talking about the game, Rana scored 80 before as KKR went on to score 187 runs in their 20 overs. Rahul Tripathi (53) also batted well even as SRH made a brilliant comeback in the death overs. Kolkata Knight Riders went on to win the game.